On April 14th, Horse Thief arrive with their debut full length LP Fear in Bliss. Founded in Denton by frontman Cameron Neal, the group relocated to Oklahoma to attend the Academy of Contemporary Music. It was here they found kindred spirits in The Flaming Lips (they being one of the state’s best known acts). The two bands swapped and covered songs from their back catalogues for a split single, garnering much attention for the then-unknown group. While the album was written in Oklahoma, it was recorded in Los Angeles.

To gain a better sense of what Fear in Bliss aims for sonically, it is necessary to know all this background information. Bliss walks a fine line between the rural and urban, and these songs could only exist in the minds of a group with a deep understanding of both musical histories. The latter arrives in the form of calculated, straightforward pop songs like opener “I Don’t Mind”. With its acrobatic guitar lines and expansive hooks, it’s is a fine example of the sort of big-city songs that drive the record.

Various press for the band finds them referred to as ‘psychedelic-folk’, which runs the risk of pigeonholing the group. There is very little empty space on the record, and while this may warrant the ‘psychedelic tag’, there is nothing traditionally folk about the album. Electric guitars and big drum sounds are the name of the game. Fear in Bliss is without question a rock record, but there are points where Neal and crew explore other genres with ease. One example is “Already Dead”, a song that appears unexpectedly in the middle of the record. After a minute of contemplative acoustic guitar, Neal’s voice enters with some touching ruminations on death: “I don’t think that I will ever see you, unless there really is a God, a heaven for us all”. The tempo picks up again from here on out, and the song does a fine job of cleansing the listener’s palate.

Fear in Bliss is a very strong debut for a band still in its infancy, and signals some exciting things to come as they develop even further under the watchful eye of their mentors. 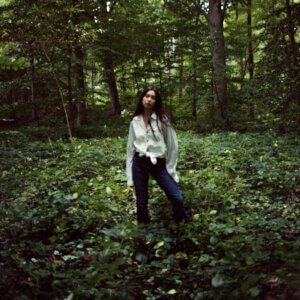