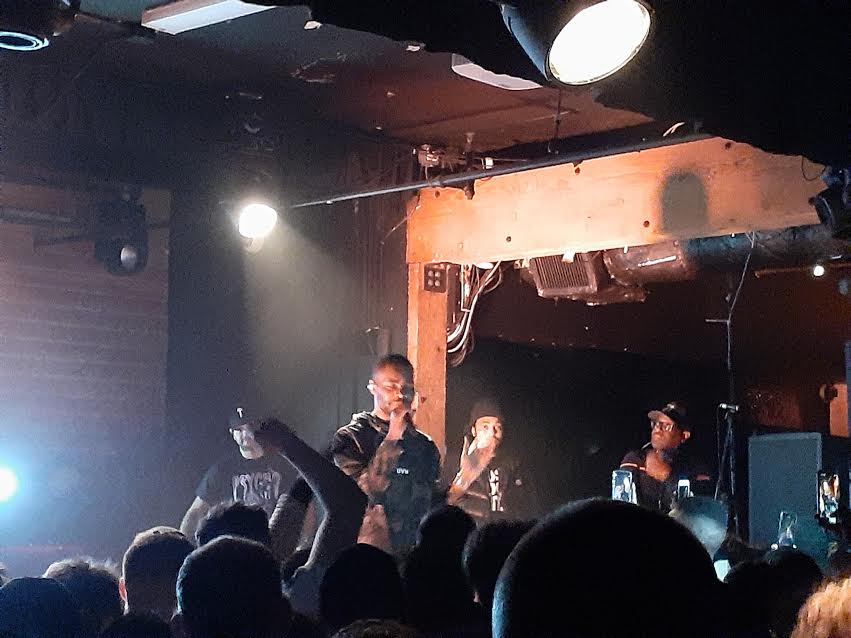 A ravenous, predominantly UK crowd at a sold-out Fortune Sound Club last night gave South London rapper Dave the best possible tour finale he could have wanted. But his compatriots were not so kind to local openers So Loki.

So Loki have been making waves in Vancouver for the last few years. Swinging between the fringes of electronic dance music, punk, and hip hop, the duo of vocalist Sam Lucia and producer Geoffrey Millar seems like the exact type that thrives in the face of chaos. Although word about So Loki has been spreading – they played the same stage as Vince Staples at Safe and Sound Festival last year and even landed Sway for the cover of their “Athlete’s World” single – Dave’s more “sophisticated” fans were not ready for them. So Loki’s aggressive beats and abrasive vocals were a far cry from Dave’s more lyrical and sentimental offerings. Throw in the fact that Sam was fighting a cold and the odds were really stacked against them.

Sam revelled in the chaos, however. “This is my favourite: this show is all-ages, and everyone here is like 38,” he noted. Indeed, the audience looked at least 23 years old, mostly in their late 20s. The fact that it was a dry event likely didn’t help assuage the impatient crowd. Eventually, a “We want Dave!” chant broke out. “I want Dave, too,” Sam said nonchalantly, like he was used to deflecting negative reactions. He even joked, “This has been Camp Flog Gnaw, thank you,” referencing Drake cutting his surprise set at Tyler, the Creator’s festival short after getting pelted with boos. A faint, futile attempt at a duelling “So Loki!” chant died hardly unnoticed.

It was all love for Dave, however. Walking out to the backtracked piano of “Psycho,” he clasped his hand over his mouth in disbelief at his rabid, roaring welcome. But his fans quickly gave him much more to be elated about, rapping his lyrics nearly word for word, whether the song was cranked, like his Headie One collab, the booming “18HUNNA,” or stark, like “Streatham.” Songs like “Samantha” were built for singing along to and expertly planted with explosive pauses. (Unfortunately, speaking of songs with a first name for a title, he left out his 11-minute opus, “Lesley.”)

More backtracked piano accompanied songs including “No Words,” but “Black” featured the real deal, albeit in keyboard form. “If I make a mistake on the piano, it happens. I’m trying for you guys,” Dave prefaced, seated at the keys. The audience fell respectfully silent, but they couldn’t totally help singing along to parts of it.

Then it was back to pre-recorded piano for “Screwface Capital” and “Hangman.” “I just want to show you guys what it’s like loving in South London for me,” he said before the latter, which was one of his most impassioned performances.

And speaking of passion, his fans deserve to be lauded for theirs. After challenging them to see who could rap “Thiago Silva” the longest without missing a word, he invited the winner onstage to perform the song with him. Dave jumped in to make the save the few times the fan misfired, but it was still an impressive display. Dave even granted him a moment after the duet to send out a special message: “Jesus loves every single one of you. Put God first and everything will fall into place.” The audience met him with a mix of boos and cheers, but Dave came to his defence, telling him he respected the message.

Dave’s Fortune set marked the last of 51 headlining shows this year. For the grand finale of the grand finale, Dave asked the audience for one last, big, Saturday night turn-up on “Funky Friday.” They bid adieu the same way they greeted him: with utmost, deafening love and energy. 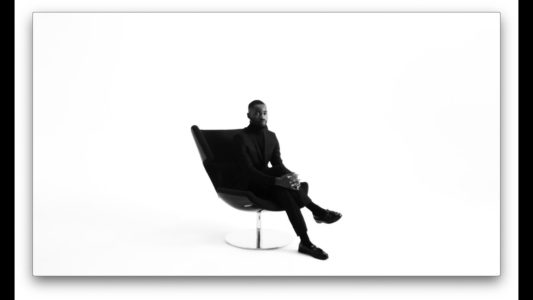 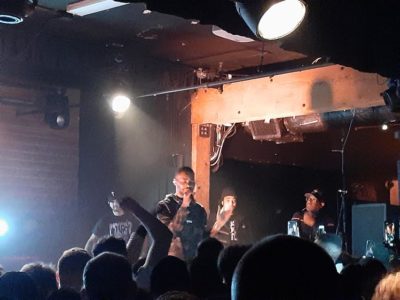 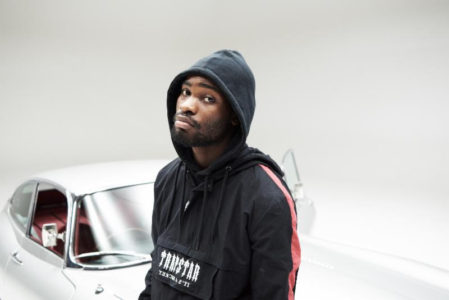