“Rapids” by The Acorn

The project’s albums and live performances have featured a rotating cast of remarkable musicians, and currently features Martin Charbonneau (bass), Pascal Delaquis (drums), Seb Shinwell (guitar), as well as others.

Speaking on the new song and video for “Rapids”, Rolf said:

“Rapids” ​is all about putting your heart and feet in the same direction to get beyond the unconscious forces that take us to unwanted places.

It was the first song I wrote for Vieux Loup during The Acorn’s three year hiatus: a period of self-care, no touring, therapy, and taking a hard look at the patterns of behaviour that weren’t really serving me any more. I really believe people’s instincts are mutable, but it requires fighting against the currents, getting swept away from time to time, but having faith that calmer waters are always attainable.

Off the road, I spent countless summer evenings communing with pals on the Ottawa river; its rhythms definitely played into the album’s aesthetics. While painting with india ink one night, a few drops fell into a glass of water, and the effect was totally mesmerizing. I spent the next month making a sweet mess in my kitchen. Everything was there, the unpredictability of the flow of ink through water, or slowly spreading Rorschach-like on a wet plate. Kind of a perfect visual metaphor. 18 months into the album’s release, I feel even closer to it, and still feel like I’m deciphering the unconscious themes I wasn’t ready to own when I finished it.

The Acorn plays Ottawa, ON’s Pressed on January 14, alongside Gianna Lauren and presented by Arboretum. 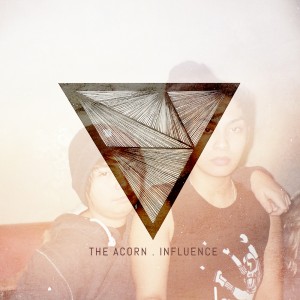