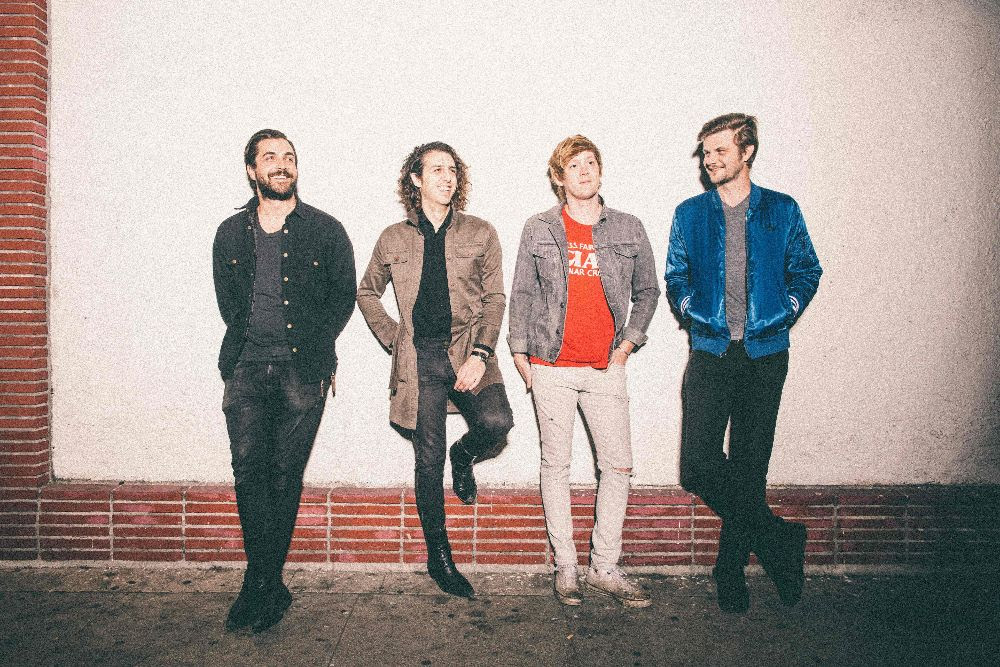 Los Angeles quartet Yacht Punk, have released their new single, entitled “Radar.” The song is off their forthcoming release, Ghosts, which is due, April 5th. Graham Bockmiller, the band’s frontman, speaks on the new single. “‘Radar’ was the first song we ever used a synth for a lead or major part of the song. I liked the vintage, new wave-ish element it brought to the song and it kinda reminded me of early Strokes stuff. We don’t use a synth when we play it live, but yea we’re basically an EDM band.” GHOSTS was produced by Matt Wignall (Cold War Kids) and mixed by Will Brierre (The Killers).

On the Yacht Punk and Ghosts process;

Laying on the floor of his unfinished basement studio in Beachwood Canyon, Graham Bockmiller realized it was time to go out on his own. The LA-based band Great White Buffalo had run its course, leaving him unsure what would come next. Graham spent the next year holed up inside his studio by himself; contemplating life, writing, collecting nude calendars of Eastern European women suggestively holding large trophy carp, and experimenting with the raw recording skills he had taught himself. Inspired by artists like The Strokes, Foals, and HEALTH, he began exploring new sounds and textures outside of the traditional rock staples of guitar, drums, and bass – testing the limits of his DIY recording chops in search for a more interesting, vibier sound. These songs would later become the beginning of Yacht Punk.

Graham tinkered on demos until a chance meeting with Michael Pozzi (guitar) at Davey Wayne’s on Hollywood Boulevard. Michael was all-in on the project after visiting the studio and hearing where the music was going, and they were soon joined by Graham’s roommate Tricky (drums, no discernible first or last name) and Justin Ricard (bass). They took the demos to producer and indie-rock guru Matt Wignall’s (Cold War Kids, Mando Diao, J. Roddy Walston and the Business) eclectic Tackyland studio in Long Beach. In his converted garage studio (where “Hang Me Out to Dry” was recorded), Wignall took the music to further and weirder places with his unique production black magic. Afterwards, the band brought the tracks back to LA, where they were finished with mixer/engineer Will Brierre (The Killers “Hot Fuss”). Their single “Need a Reason” was featured on Spotify’s New Noise and Fresh Finds playlists