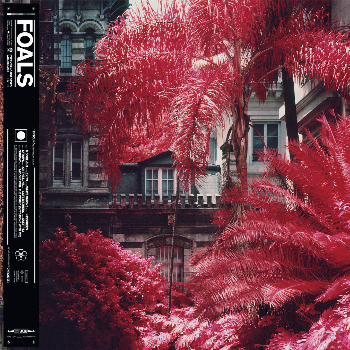 Everything Not Saved Will Be Lost - Part 1

Losing a founder member. Self-producing not just one album but a brace of records that are to be released in 2019. Ripping up their own rulebook of working on music in the studio. Spending more time on the creative process. If you’re a Foals fan, these statements read like a warning klaxon; have the band succumbed to self- indulgence? RECORDING TWO ALBUMS AT ONCE?! Will it be the same now Walter Gervers (bass) has opted to leave?

Breathe a sigh of relief, it might be all change with the four piece but you can sleep well tonight knowing that their fifth LP ‘Everything Not Saved Will Be Lost – Part 1’ is their career best to date; which is a mean feat given the math-rock collective haven’t released a bad album yet, not even a mediocre album either. This goes to prove how exquisite this first part of the ‘Everything Not Saved Will Be Lost’ series is. This is a band playing with absolute freedom.

Thematically, Foals have explored wider reaching topics on ‘Everything Not Saved Will Be Lost – Part 1’ – nature, technology and societal matters are all covered. Whilst these themes can be translated globally, a relatable intimacy can be gleaned from the album too. There’s a defiant nature to frontman Yannis Philippakis’ vocals and lyrics; they could be interpreted as bleak but with the confidence that’s oozing from every pore from the rejuvenated foursome, you can’t help but be seduced by Foals’ life affirming ways. It probably helps that the fifth instalment in the band’s discography is either brilliantly upbeat or deliciously innovative.

‘Everything Not Saved Will Be Lost – Part 1’ mines all the key facets from the Foals’ cannon; mathy-riffs, awkward drum patterns, quirky uses of electronics and Yannis’ sometimes croon, sometimes yelped vocal delivery but it’s evident the band have studiously toiled over this album, everything feels perfectly placed and deliberate. ‘Moonlight’ opens proceedings, a hymnal hue of celestial vocal ticks and a heavenly deployment of spectral guitar. Glitchy rhythms emerge as the song gathers traction, with multiple layers of digital nuances bubbling in the background. There’s a calmness to the album’s opener, which is wonderfully juxtaposed by the lyric “I’m so sorry that the world is falling down”. This track acts a cleanser, as if to introduce the next phase of Foals. ‘White Onions’ injects a wild franticness to the album, as the song is propelled by Jack Bevan’s multi- limbed drumming and a twisted set of scuzzy riffs. Foals’ mouthpiece yelps along with a fired-up urgency, like the words are being forcibly ejected from his body. The number’s punkish spirits are rammed home by Yannis boldly shouting “I’m in a maze/I break the cage”. Recent single ‘On The Luna’ is a squirming piece of awkward math-rock, that bounces and fidgets as Yannis reflects “we had it all but we didn’t stop to think about it”. If you thought ‘On The Luna’ flexed its danceable chops, then ‘In Degrees’ is (arguably) the group’s most indebted song to club culture. Taking a similar direction to their cover of Swedish House Mafia’s ‘One’, this is where 80s synths coalesce with blurting digital audio-trinkets and basslines take on a rubbery bent. The ample use of percussion conjures up Balearic vibes or New Order playing the Hacienda during the club’s hedonistic heyday.

When the pace drops ‘Everything Not Saved Will Be Lost – Part 1’ doesn’t suffer one jot; the atmospheric ‘Syrups’ is a slow burning strut buoyed by more firm drumming and a head-bobbing bassline. Yannis’ vocals shift into something resembling a preacher as the singer nonchalantly states, “if the devil wants me/tell him I got high/because life is what you make it/you got yours and I got mine”. It’s not long before the song’s glowing embers catch fire; a roaring inferno fuelling the track’s scorching finale. ‘Café D’Athens’ is Foals at their most abstract, taking on the guise of ‘In Rainbows’-era Radiohead and Portishead, this is the point in the record where Yannis sounds ghostly and disembodied while glockenspiel patterns intermingle with hip-hop-like drums. There’s an eerie quality here, one that’s punctuated by a deft use of spectral backing ooooo’s and glacial, piercing synth waves. ‘Sunday’ marries the two worlds of Foals; part easy going, part throbbing dance- rock monster. It’s here again where a dichotomy infiltrates the carefree vibes “through the flames and through the fire/cities burn and we don’t give a damn”. ‘Everything Not Saved Will Be Lost – Part 1’ is capped off by the poignant piano ballad of ‘I’m Done With This World (&amp; It’s Done With Me)’; the starkest moment to be found on the record, as Yannis is accompanied by skeletal keys and misty synth clouds. As the album glides to a close, you’re confronted by macabre visions of “the hedges are on fire in the country lanes” as if to casually depict a scene of terror and chaos in utter disbelief.

Phew, and this is just Part 1; bring on ‘Everything Not Saved Will Be Lost – Part 2’. 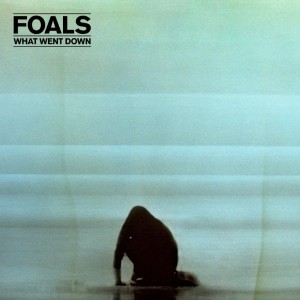 ‘What Went Down’ by Foals