Queens Of The Stone Age live at The Commodore 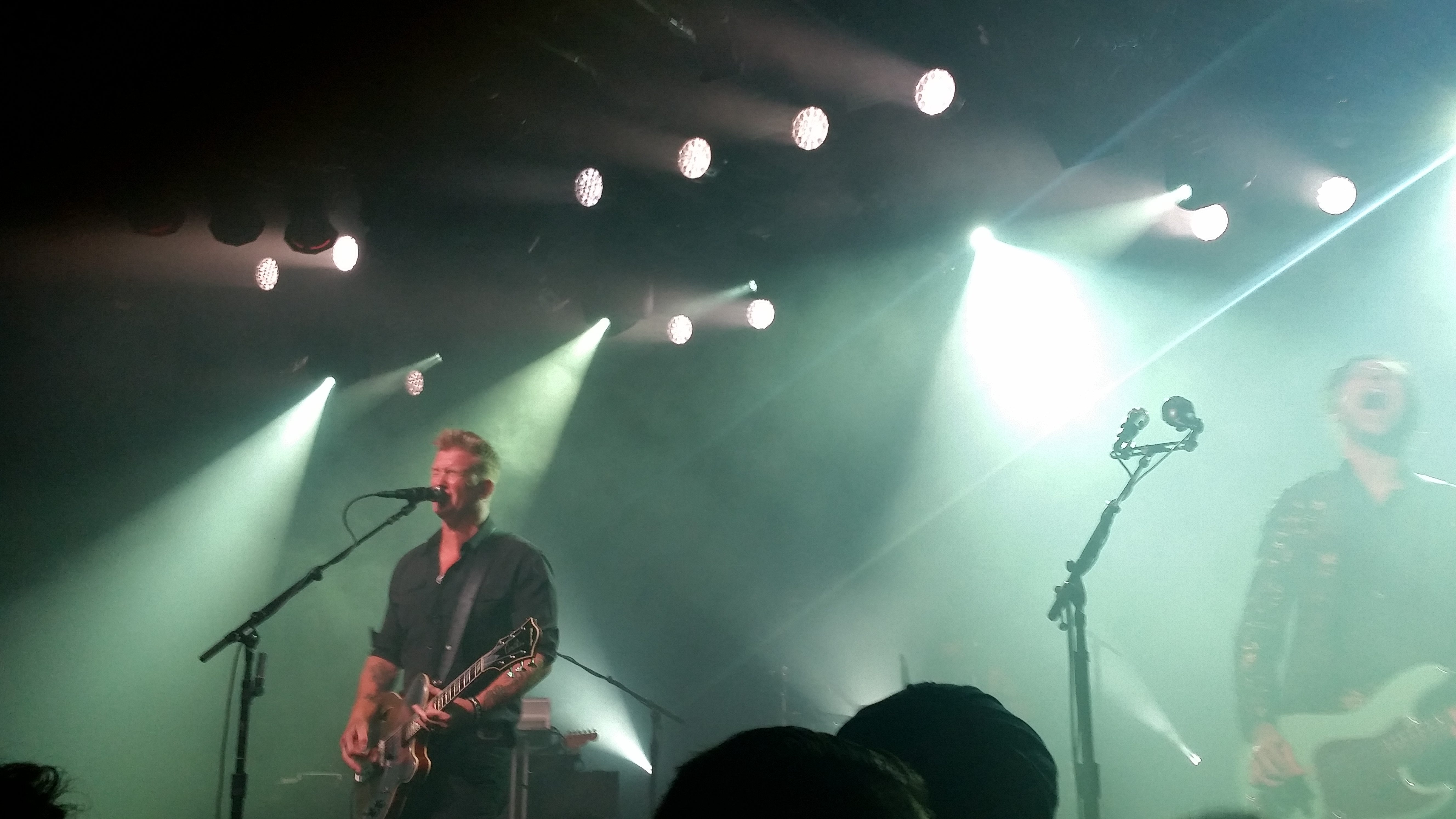 Queens Of The Stone Age by Leslie Chu
TwitterPinterestPocketRedditFacebookEmail

The Aurora Illumination Concert Series has been bringing free shows across Canada this summer. Amongst the 20 shows they’ve been putting on are Thrice in Halifax, Sam Roberts Band in Whitehorse, the Sheepdogs in Yellowknife, Post Malone in Toronto, Ghostface Killah in Moncton, Kings of Leon in Calgary, and more. Vancouver hit the hard rock jackpot with arguably the biggest name of all the Illumination shows, Queens of the Stone Age. Not only that, the band’s partners in crime forever Eagles of Death Metal opened. Arguably, the most special part of this show was that instead of taking place at Pacific Coliseum, where QOTSA and EODM sold out together last January, it took place at the circa-1000 capacity Commodore Ballroom. This was a sellout arena show packed into what for the bands is an intimate venue.

A sea of wristbands that were programmed to light up in sync with the stage lights greeted EODM as the band strutted out. Frontman Jesse Hughes was as charismatic as ever, a consummate showman. As always between EODM and QOTSA, EODM brought the fun, interacting with the crowd and showering them with compliments, while QOTSA were more business, there to kick ass and do little else. Peace, love, and death metal, EODM always preach.

EODM treated fans to the cutting garage rocker “I Only Want You,” the cowbell boogey “Whorehoppin’ (Shit Goddamn),” the band’s live staple, a cover of David Bowie’s “Moonage Daydream,” and more. On top of those crowd-pleasing hits, Hughes threw in a personal shout- out to Canada. “The very first time I came to Canada for rock ‘n’ roll was to this very venue. We opened for Elastica, if anyone was there.” He did not share his memories of visiting Tsawwassen and Vancouver Island in his youth this time, though. Compared to Queens Of The Stone Age and EODM’s show at Pacific Coliseum, neither band held anything back except visuals despite the significantly smaller venue. But that was likely just due to logistics and more limited space onstage. Also, a smaller venue meant more fans threw their beer; the bar was not as far for everyone, so they could fill back up more easily.

QOTSA crushed their main hits including “No One Knows,” “Go with the Flow,” and “Little Sister.” Songs like “My God Is the Sun” left the crowd gobsmacked. The mechanical but seductive “If I Had a Tail” stung twice as deeply as usual. “Misfit Love” and “Turnin’ on the Screw” both felt merciless. QOTSA nearly veered from their set list. Singer Josh Homme polled the audience about whether they wanted to hear “Burn the Witch” or the song the band originally planned, “Smooth Sailing.” Either QOTSA were just teasing, raising false hopes, and had no intention of playing “Burn the Witch,” or surprisingly, the crowd did want to hear “Smooth Sailing” instead, because that was what made the live cut. For Queens Of The Stone Age’s encore, they avoided obvious favourites. Instead, they played a pummeling, almost singularly flowing sequence that included of “Un-Reborn Again,” “Mexicola,” and “A Song for the Dead.” True to the name Aurora Illumination Concert Series, Queens of the Stone Age and Eagles of Death Metal brightened everyone’s night with this special free performance at the Commodore Ballroom. It was not a show anyone would forget, no matter how hellacious their hangover was the next morning.