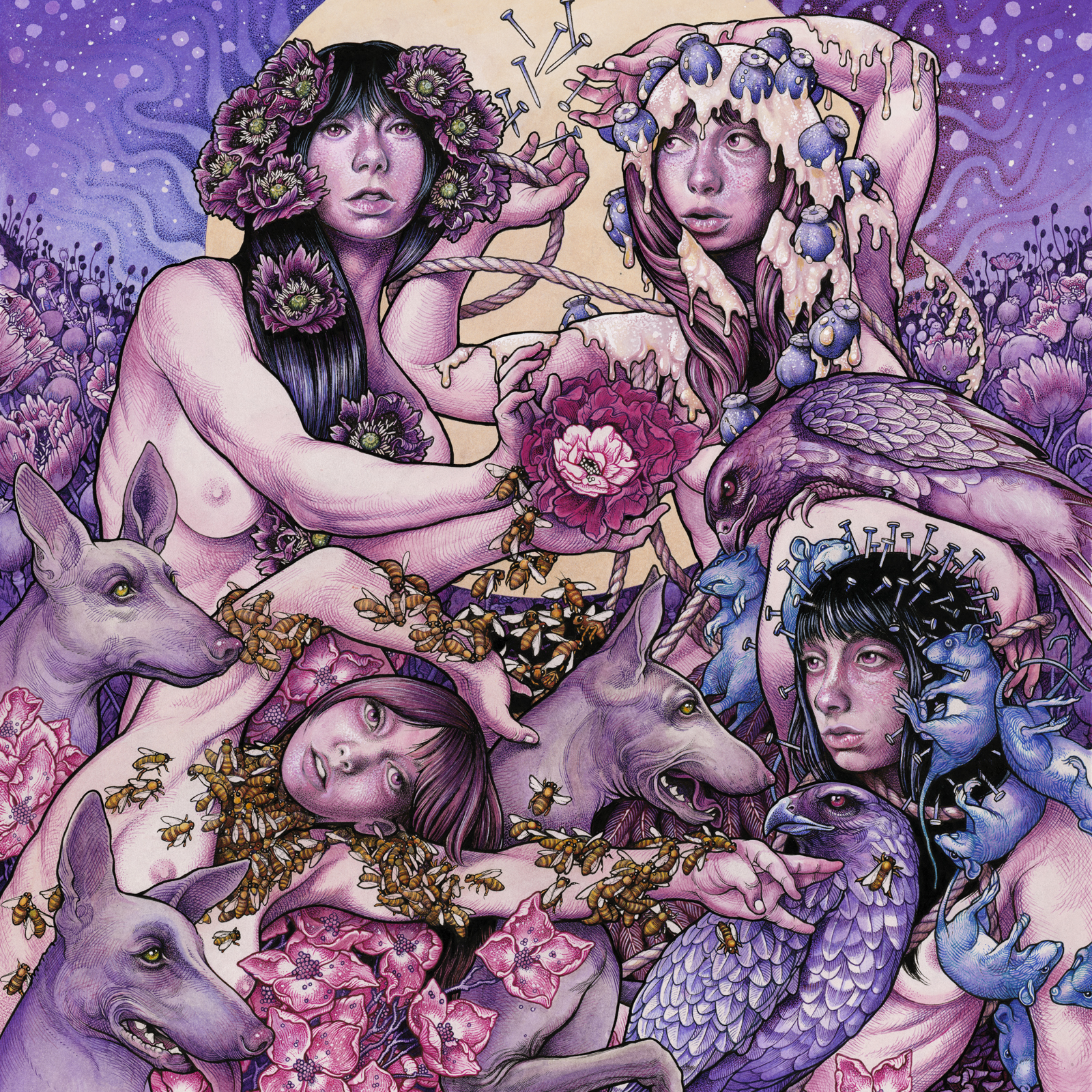 That there is a new Baroness album to review is in itself a miracle and a blessing. It was just over three years ago that the band, during a European tour behind the then recently-released Yellow & Green, endured a terrifying bus accident on a UK highway. After their vehicle fell off a viaduct near Bath, England, guitarist/vocalist John Baizley suffered a broken leg and a broken arm, the latter of which coming under the threat of amputation. The group’s Allen Blickle and Matt Maggioni suffered fractured vertebrae and trauma, and left the project a few months later.

Following rehabilitation, Baizley and guitarist Peter Adams regrouped Baroness in 2013 to include bassist Nick Jost and drummer Sebastian Thomson. From there, they went on tour, and opted to push forward to record a new LP, Purple. A rebirth for the band, it’s a heavy, but ultimately optimistic response to the life-changing crash.

While the colour purple soothes–Baizley’s violet-toned cover painting is both transfixing and calm-inducing– Baroness still knows how to mangle listeners with some Savannah, GA-style metal riffery. “Morningstar” begins with a blip of glorious, backwards-masked guitar, but soon shreds the speakers with some chunky fret work, a hard-swingin’ rhythm and rasp-heavy vocals from Baizley.

Second number “Shock Me” likewise goes extra mellow with its intro, a mauve cloud of softened synth textures that recall both Bruce Hornsby and Bon Iver. This is extinguished quickly, with a surge of distorted six-strings and stomped-and-walloped drums taking over the track. Baizley’s poetics, meanwhile, envision a battle scene where only one person is toting a blade.

Interestingly, a sharpened piece of imagery returns in the anthemic “Chlorine & Wine,” though the scenery changes from a battlefield to the inside a hospital room. The frontman reports of a nursemaid: “she cuts through my ribcage and pushes the pills deep inside my eyes.”

Rather than get lost in a haze, Baizley fights on, with the song, the album, and perhaps the band’s own post-crash experience coming into play with the uplifting line “In spite of the winter, there’s ways to keep warm.” A full band sing-along in its grand, Queen-sized bridge likewise lands full of drive and ambition: “Don’t lay me down!”

Purple is a triumphant return for the band, for both personal and professional reasons. Considering the act’s many real-life trials and tribulations, the record is often bursting from the seams with enthusiasm (see the pumped-up and poppy “The Iron Bell”). But while the record is more immediate and impactful than 2012 double-set Yellow & Green, “Fugue” is a tepid, if pensive, misstep. Though the drift of ruminative, rainy day electric piano and NWOBHM-approved guitar twinning branches out Baroness’ approach, the instrumental piece feels a bit unnecessary.

More in tune is “If I Have to Wake Up (Would You Stop the Rain).” It, too, plays relatively cool, though a menacing fuzz bass enters the tune’s mix of film noir roll tremolo guitar before cracking the skies open with a massive chorus. Though it makes mention of a “lunatic’s parade,” Baroness balances this with a soothing salve of sound. It’s a victory lap for a band that were forced to take the long road to recovery.

The bruises are healing, but Baroness’ Purple is determined to leave a mark. 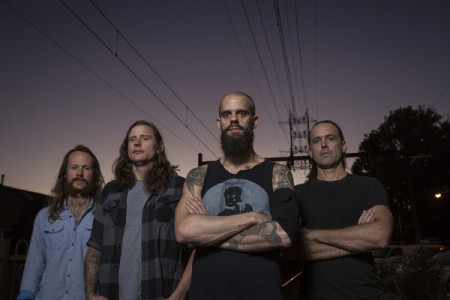