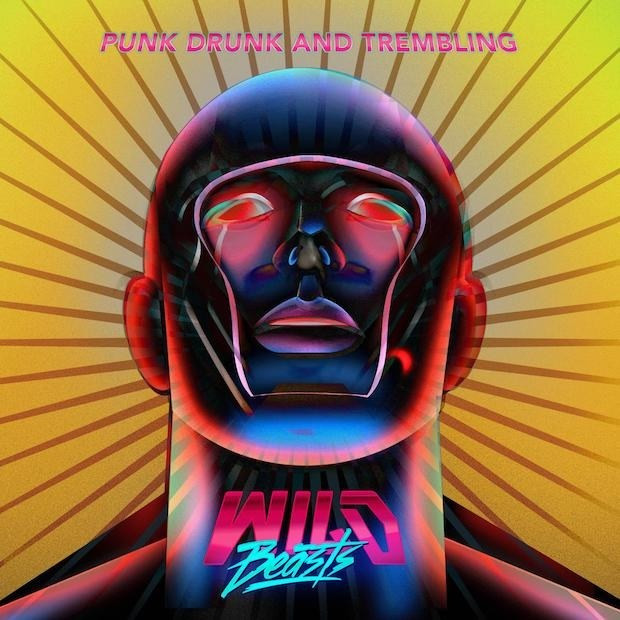 There appears to be something in the air – in a time where bands are more likely to reform that split up, some our most revered and celebrated outfits are calling it a day. The Maccabees have bid us all a fond farewell and as we wipe away a tear from our cheeks, Wild Beasts have decided to wrap things up after 15 years of sensual, provocative smuttiness. the Kendal foursome are signing off with a clutch of final shows and an EP of outtakes – ‘Punk Drunk and Trembling’. Although, the EP and its eponymous track was never intended to be the group’s parting gift to its devoted following, it seems rather fortuitous that this song is calling time on almost two decades as a band. Vocalist Hayden Thorpe confessed, whilst speaking to SPIN “it was never designed to be our parting song but in many ways, it’s fitting because it’s the most evolved song of all of ours. It’s a song that started in fragments around the first album and it’s taken the entire journey of our career to come to the fore”.

‘Punk Drunk and Trembling’ gradually evolves throughout its sub four-minute lifespan and you can feel the tangibility of Thorpe’s words come to fruition as the opening and title track of the group’s final output swells from ethereal coo to pulsing robot-funk. You can hear Wild Beasts’ sonic personality develop and manifest, as if the EP opens with an aural timeline dedicated to how the foursome have progressed from promising young act to a fully established unit preparing their own emphatic full stop. As you would expect from any band’s departing act, there’s a tendency to dissect their work to look for cracks or a reason for their self-demise, and the EP’s first track has Thorpe’s sumptuous baritone recounting “what’s done is done/what can be said/why speak” as if the group’s finale is a foregone conclusion. Although as things progress it’s evident Thorpe is referring to a matter where actions will speak louder than words, those actions being matters of the flesh “you got me punk drunk trembling/I move into the space you’re in”.

Capping off ‘Punk Drunk and Trembling’, ‘Maze’ brings Wild Beasts’ legacy to a close in a subtle, celestial manner – Fleming’s textured falsetto is enveloped by heavenly synths that evaporate on impact. There’s a feeling of reflection that adds a full stop to the group’s legacy “if I could have my time again/if I could see what lies ahead”. Again, these words can be pinned to the group’s time together but as the song slowly expands – an intimate theme of a relationship exposes itself.

Whilst nobody really enjoys goodbyes ‘Punk Drunk and Trembling’ finds Wild Beasts bowing out at the peak of their powers. Dry those eyes and let’s celebrate this admired band as they glide into an almost near perfect goodbye.