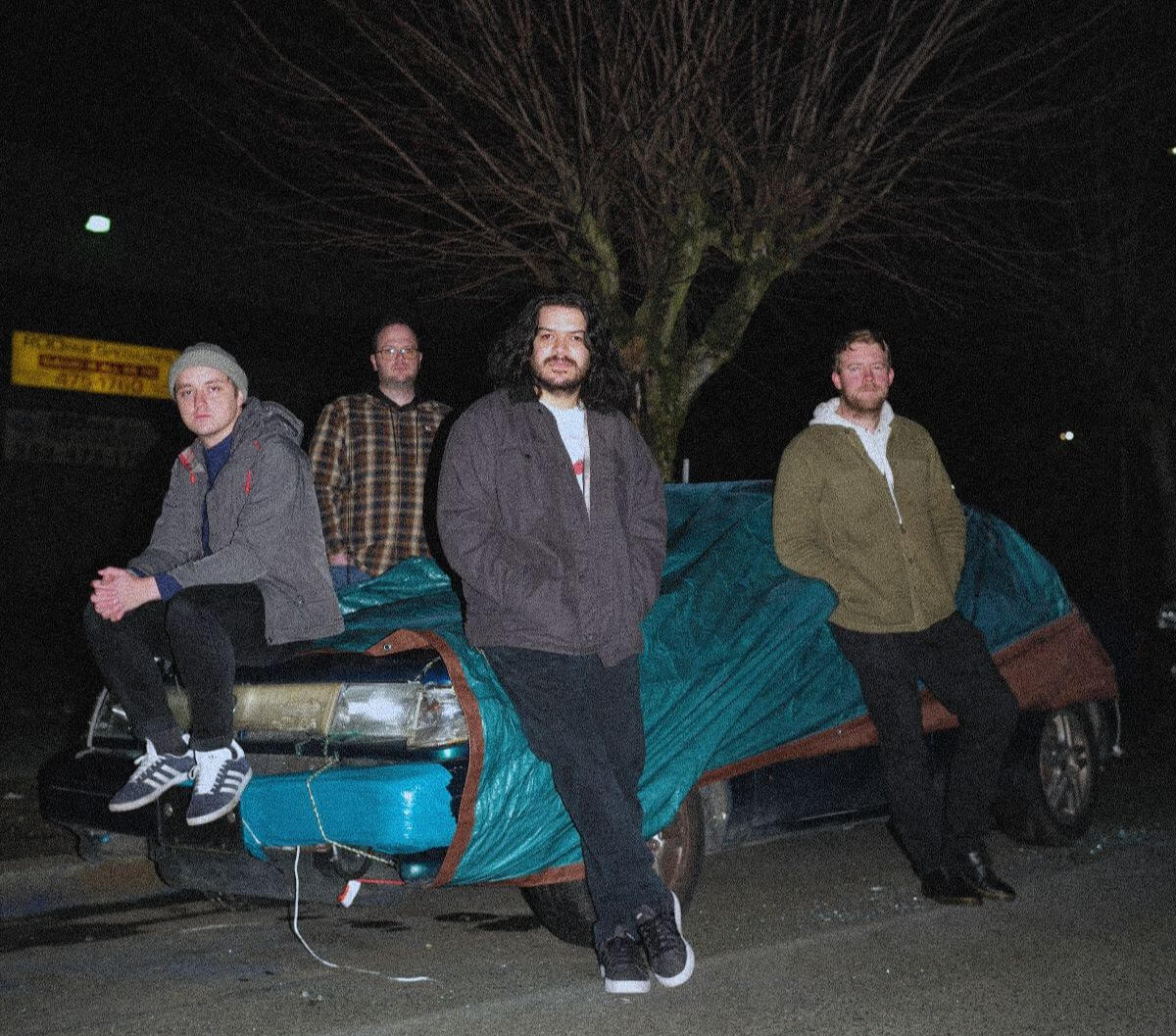 When it comes to emerging bands in punk rock, a lot of the bands either take influence from the first wave of the style from the late ‘70s or the pop leaning approach from the ‘90s. You don’t hear a lot of acts taking cues from the era of the early 2000s, but one band is choosing to dive into it.

Denver’s Public Opinion puts an energetically cohesive spin on the turn of the century’s garage rock revival. Their new Modern Convenience EP that’s being released via Convulse Records on May 27 is an excellent example of this. Along with the title track, “Sweets All The Time” and “American Bandstand” highlight a ripper of a record.

I recently had a talk with frontman Kevin Hart about the vision behind the EP, moving from one city to another, being on weird bills and wanting to record more music.

Northern Transmissions: How would you describe the making of the Modern Convenience EP? Did you guys aim to accomplish anything specific during the songwriting and recording process?

Kevin Hart: The big thing with Modern Convenience is that we’ve had a couple other EPs and a single that came out earlier, but with this record we wanted to do something a little bit more melodic along with the big guitar catchiness from the early 2000s like The Hives, The Strokes and Bloc Party. Especially to compensate for vocals, we recorded it with Phil Odom who has worked with Ceremony, Angel Du$t, Code Orange and all these bands. We also had our friend Ian [Shelton] from the bands Militarie Gun and Regional Justice Center produce it to really push the melody and things of that nature. It was very exciting and if you compare it to the previous material, I specifically sing while adding a lot more melodic elements and less of that garage rock bark I was doing.

NT: Public Opinion is a relatively new band that started out in 2020, so during that crazy pandemic-ridden year how did you go about getting guitarist Antonio Vargas. bassist Sebastian Stanley and drummer Brent Liseth involved? Are these guys all friends of yours? Did you make a social media post looking for band members?

KH: I’ve known Brent and Sebastian since I was around 16 so they’re just lifelong homies at this point and Antonio and I have been playing in hardcore bands for the last half decade or so. It was really easy to get dudes who I knew could play their instruments together in a room, especially during the pandemic people keeping their social circles relatively small and they’re not going out to the baseball game or whatever. Ourselves and our partners were already spending time together so it was the easy element of me writing songs, asking them to play with me and it happened to work out beautifully.

NT: You’ve said that you guys are either the surprisingly poppy band on the hardcore show or the surprisingly aggressive band on the indie rock show when it comes to being on bills. How often does this happen? Does the music scene in Denver not have a lot of bands that have a similar music approach as Public Opinion does? Do you feel out of place a lot during a show?

KH: Out of place might be a strong way to put it, it’s just the sonic differences. In Denver specifically, we’re friends with enough people that it’s not really noticeable when we play a straight up hardcore punk show and it’s not big deal because people know the folks involved so it’s a bit easier of a sell. For instance, we played Indianapolis a handful of days ago with three bands that were serious hardcore bands, but the night before we played in Fort Wayne with two indie rock bands. After the jangly indie rock show where I’m dancing around, singing and yelling into a microphone, it was funny to have those two experiences back-to-back with the dichotomy of the music being harder than I thought and not being as hard as I thought. There was an immediacy going on there as well.

KH: Absolutely. It’s cool to feel like we’re able to win some new fans over. If we just played with bands that were doing our lane of hardcore involved rock & roll it would be a little more palatable but in this situation it’s more exciting because people who might not be totally into are style can still be interested in what we’re doing.

NT: It sometimes can be good to provide a nice departure from what’s going on.

NT: Before you guys established yourselves in Denver, you were based in Seattle. What inspired the move for the band?

KH: As with most major cities right now, Seattle is going through the housing crisis put on by how crazy the market is these days. My girl and I had been considering moving to Denver for a little bit and we just happened to find the right time to do so when Public Opinion was starting to kick off. It was actually a seamless transition, Convulse Records is based in Denver and since moving we’ve had one-off shows where it wasn’t necessary for Antonio, Sebastian and Brent to fly in to play where the people who run the label and some of our other friends fill in. It wasn’t part of the onus of moving necessarily but it’s actually been a bananas benefit to move to a place where there’s so many willing people and interested parties while making things a bit less isolated when it comes to leaving for tour and things like that.

NT: After the Modern Convenience EP is released, can we expect another EP or a full-length to follow it up?

KH: My big plan right now, I’m kind of the brainchild behind it and I’ve been getting everybody on board, is that I’d like to record more music as soon as possible. We’re going to be home for six weeks after going on tour later this year and I’d like to use that time to record some more songs. I’m thinking of doing a digital single first because with vinyl pressing these days it takes so long, we sent the EP to be pressed in August and we’re finally getting it out now. In order to stay adverse to that we’re going to try to release things digitally, but there will be new music that’ll be released very soon.