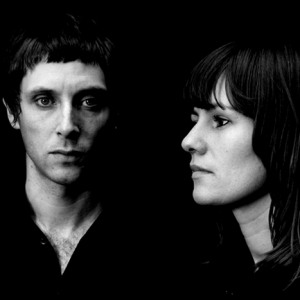 On first meeting Brian James in the corridor of Brighton’s 284 Recording Studio, Tobin Prinz didn’t know him as the slashing guitar avatar behind The Damned’s “New Rose” and a host of other defining punk moments, “At the time I just thought what a nice bloke. So I listened to Damned Damned Damned. I thought, fuck, this sounds great. That guy I bumped into in the studio wrote a classic album!”

When this battle-scarred but still frighteningly dynamic veteran (who has also worked with Iggy Pop, Stiv Bators and The Saints… not forgetting his formative stint in proto-punk almost-legends Bastard) announced his intention to cover “Usurper” – one of many standout tracks on Prinzhorn Dance School’s second album Clay Class – there was only one thing for Tobin Prinz and Suzi Horn to do: consign their earlier anti-covers stance to the dustbin of pop history.

“Doing a cover exchange with The Brian James Gang was an easy choice”, says Suzi: “A Gang and a School united, both with respect for each others music, shared ethics – just different eras – and a label willing to press the vinyl.”

That didn’t stop it being a challenge, though. “Covering Brian in our style was quite daunting”, she continues “I had sung the original in the car over and over, so trying to find my voice was hard enough. Then we heard Brian’s ‘Usurper’ and I thought how on earth can I sing like that!”

Luckily, she didn’t have to. The Prinzhorns bought the Dance School, breaking down the garage-band surge of “Green Worms” into a skittish celebration (“Green worms – they squirm!”) while Brian James brought the Gang: smoothing down Tobin and Suzi’s trademark antsy stutter into a sepulchral rocker’s rumble – “It’s cyclical! It’s circular! It’s human nature!”

So now these two very distinct musical entities have set up temporary home together, is there a clearer understanding of the common ground they’ve pitched that tent on?
“Making your own noise, and saying what you want to say, no matter what people think”, Tobin explains. “I remember the first tour we did and people were hostile to us. I had a pint with Brian when we got back and said ‘It’s tough out there. They hate us’. And he replied ‘They hated us too baby. They were throwing the kitchen sink at us, we needed helmets onstage. It means you’re doing something right’”.