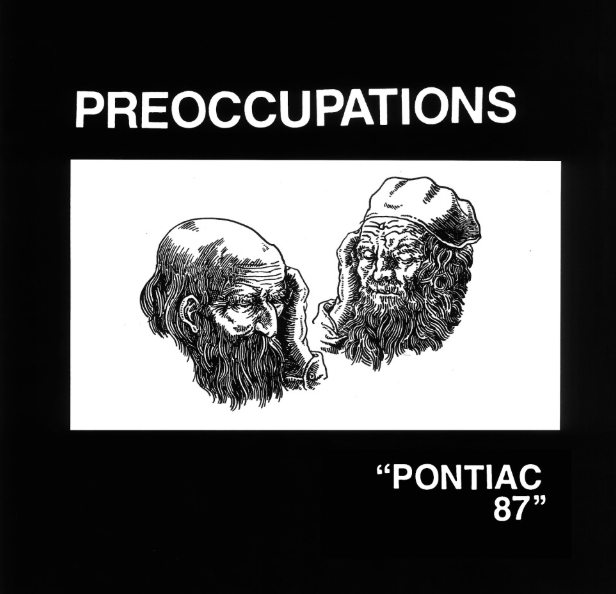 Preoccupations have released a split 7″ with their friends and tour mates Protomartyr. The release features each band covering each other and Preoccupations reworking Protomartyr’s “Pontiac 87.”  The 7″ is out today on Domino. The two bands will join each other on a co-heading tour which kicks off Nov. 23rd in Toronto.

After a year of extensive touring in support of 2015’s The Agent Intellect, Protomartyr returned to their practice space in a former optician’s office in Southwest Detroit. Guitarist Greg Ahee—inspired by The Raincoats’ Odyshape, Mica Levi’s orchestral compositions, and Protomartyr’s recent collaboration with post-punk legends The Pop Group, for Rough Trade’s 40th anniversary—began writing new music that artfully expanded on everything they’d recorded up until that point. The result is Relatives in Descent, their fourth full-length and Domino debut. Though not a concept album, it presents twelve variations on a theme: the unknowable nature of truth, and the existential dread that often accompanies that unknowing. This, at a moment when disinformation and garbled newspeak have become a daily reality.

“I used to think that truth was something that existed, that there were certain shared truths, like beauty,” “Now that’s being eroded. People have never been more skeptical, and there’s no shared reality. Maybe there never was.”

Preoccupations is a canny fusion of four quite distinct voices from their home town of Calgary, Alberta. Featuring former members of the much-loved —but sadly defunct— band Women, and members of Chad VanGaalen’s backing band, Preoccupations offers up an intriguing mixture of sharply-angled rhythm workouts and euphoric ‘60s garage pop-esque melodies. This open-ended framework is balanced with a penchant for drone-y, VU-styled downer moments, altogether spinning what has been called “easily one of the best new Canadian bands in quite some time.” On stage, Preoccupations is hugely engaging, delivering pop gems and instrumental acrobatics with equal aplomb, clearly delighting in the navigation of these catchy, intricate songs. Preoccupations are currently working on a full length debut LP. 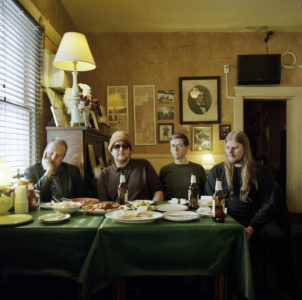 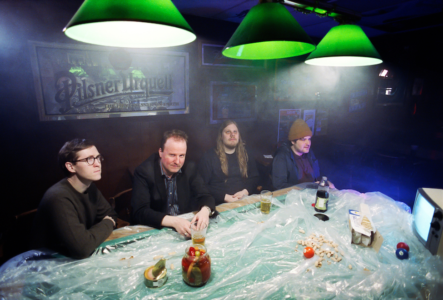