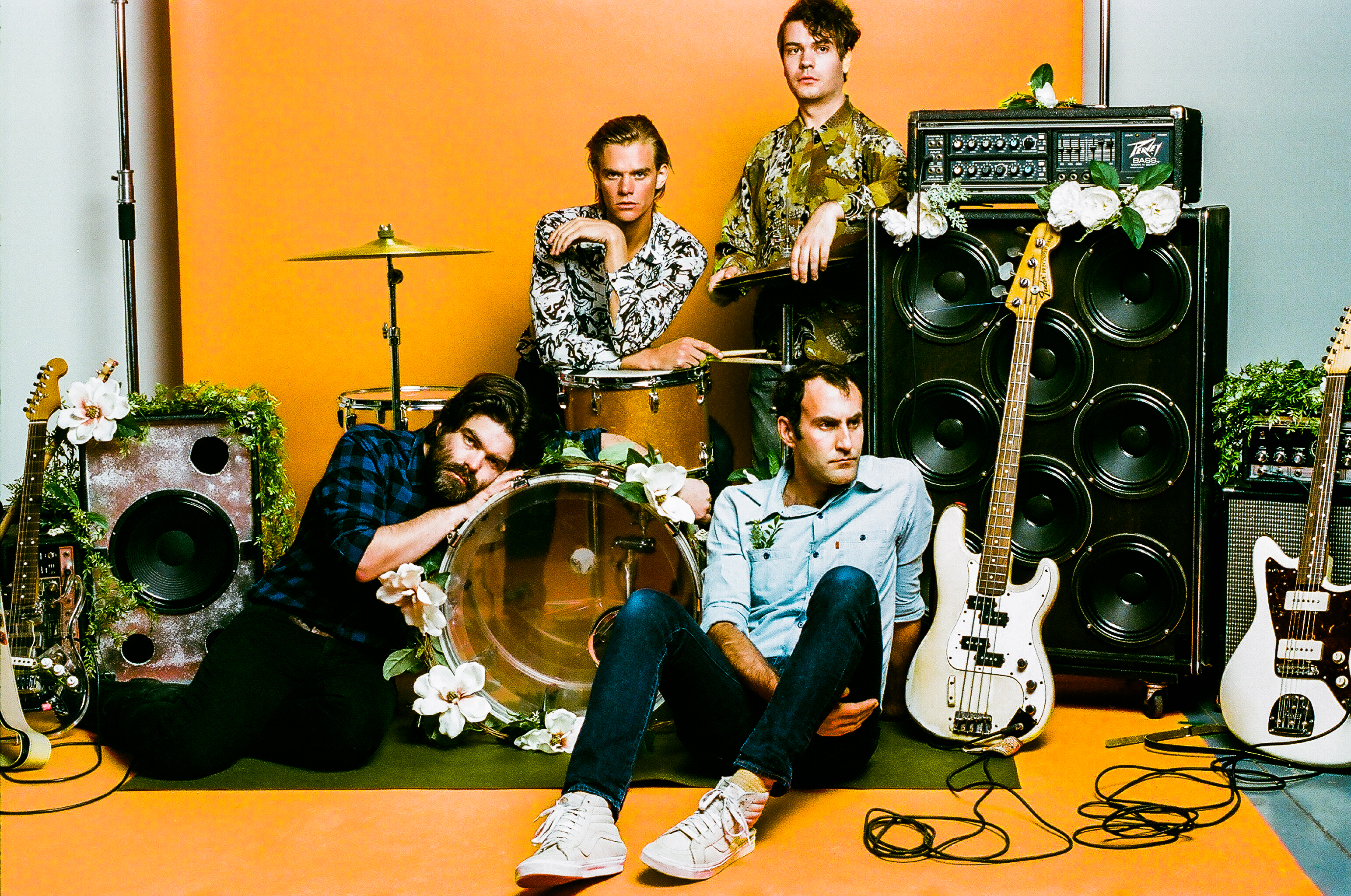 As they’ve evolved as a band, Preoccupations’ sound has evolved and they’ve even changed names through the years. To write their album New Material, the band searched through dark emotions and ultimately found a source of therapy to make it all happen. We caught up with band member Matthew Flegel ahead of their Montreal show at Theatre Plaza on April 16 to discuss the band’s unique lyricism and how they keep their heavy music from feeling like it’s too much.

Northern Transmissions: You’ve described ‘Antidote’ as humans forgetting they come from apes, what about this ability to lose perspective inspired you?

Matthew Flegel: I’m always writing from that perspective in a way, but it’s essentially about futility, and having endless information at our fingertips and not really doing anything with it. That’s a common theme on the record lyrically, but it’s not a defeatist kind of futility either.

NT: How did you want to reflect on depression for the album and what inspired you to make this such a range of colours rather than a predictable heavy darkness?

MF: I can’t speak for the other guys, but I write all the words so it was mostly what I was going through at that particular moment in time. We recorded the record off and on all of last year essentially, starting in January and finishing in August/September. When I was finalizing the lyrics I was definitely in a dark spot. I’d hit a wall touring for years incessantly without really taking a break, and it caught up with me. I don’t know how intentional it was but I liked the idea of having more pop melodies to give the songs easier hooks to latch on to. It’s a bright record with really dark lyrics and I really like that contrast.

NT: Your music for the most part has also carried a lot of humour in highlighting weaknesses, do you think this will keep an album with such heavy subject matter from being too dense?

MF: That’s just what I end up writing about, it’s a music as therapy kind of thing and always has been. The music is my outlet, some people go to therapy but I play music with my friends, and basically have a public diary. It’s shitty sometimes but it is what it is. I feel bad for those guys sometimes to have to stand behind it and sing some dark and crazy shit whether or not they’re feeling it.

NT: Why did you decide to completely start from scratch with the material for this album?

MF: We just didn’t really have anything, but everyone’s always got a few ideas floating around before we go to the studio. This time was literally just any time we had a break between touring we would get together and write. No one was pressuring us to write a record, the label didn’t even know, it was just something to do. When you’re not working another job, it’s hard to find something to do with yourself. I like the idea of writing in the studio, and we’ve always written a bit in the studio, but this time was more collaborative because when you’re in a room with four people it’s hard to find silence. When you build things piece by piece, you end up chiming in on things, and I like how that worked out. We did it all ourselves this time so it was freeing to not have any time or financial constraints. We could nerd out and spend forever on just the sound of a floor tom.

NT: I remember you also had recorded your last record apart and talked about coming together for a long time, is this why you started from scratch and if so how did you find it differed?

MF: We weren’t in any one space together, we were moving around and recorded in eight or nine different spaces. We finished a lot of the record in hotels while we were on tour. We’re all in different cities now so all being together on tour it just made sense to work together. It was more circumstantial rather than being planned. We rented an Airbnb to record for a week between touring.

NT: How did Justin Meldal-Johnson aide you in the process and what did they bring to it as a whole?

MF: He mixed everything, and mixing for me is a tedious nightmare. He’s very recommended and he’s a fan of the band. We wanted to try something different just to get away from it. That process takes a lot out of you and you stop thinking of a song as music. He did a really good job, we gave him a jumbled mess and he ironed it out.