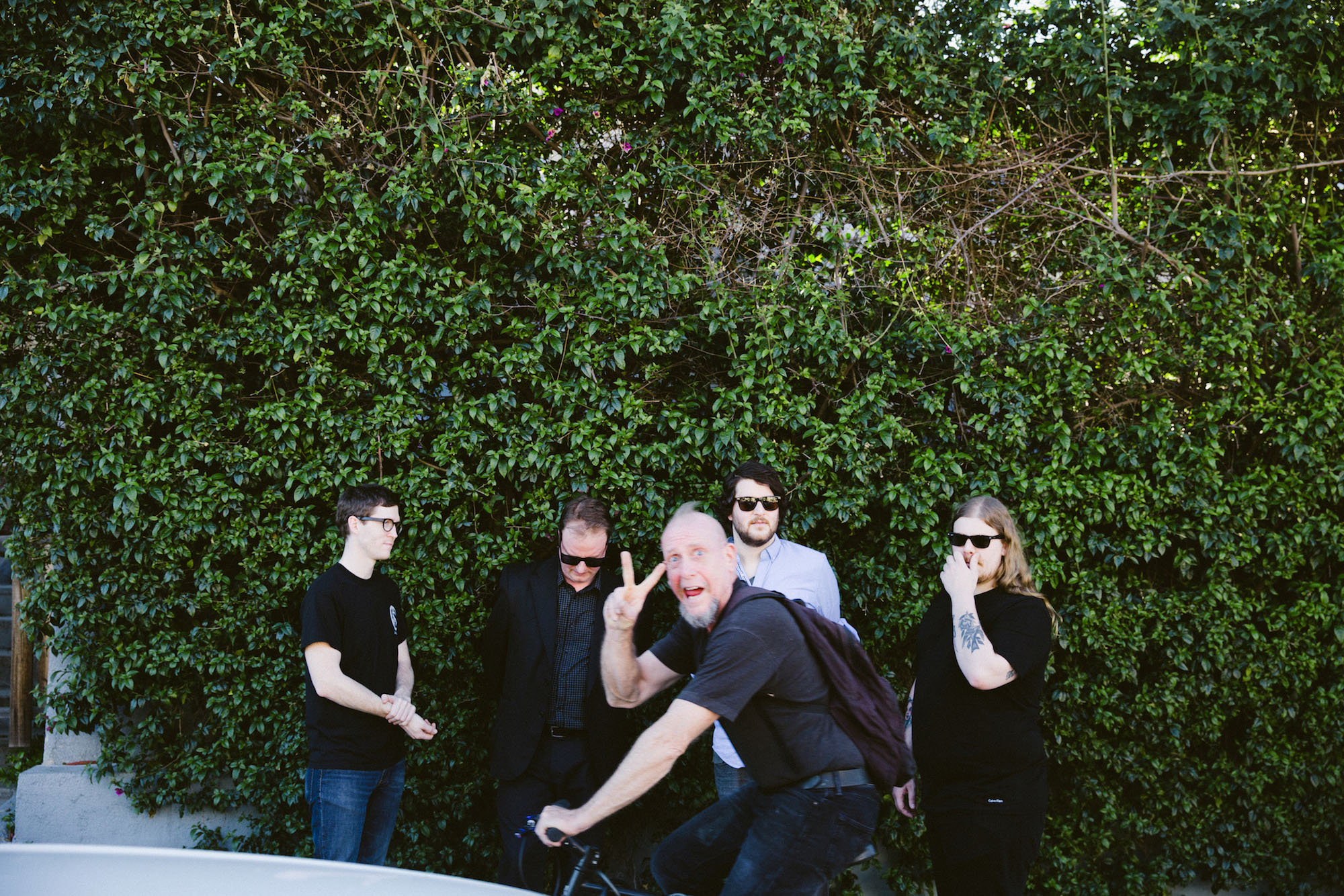 Whatever album they’ve put out, Protomartyr have continued evolving as one of the most brutal punk-rockers around. The band’s mysterious lyrics and deceptive balance of pop-influence versus atypical writing has kept their music constantly addictive but subversive. The band recently decided to record their Consolation EP to recapture early, feisty energy of past jam sessions, and included Kelley Deal in on the fun. We caught up with Protomartyr’s Joe Casey ahead of several North American dates to discuss their new music and what keeps the band going.

Northern Transmissions: How did Kelley Deal get involved with the record and what was the chemistry like in the studio with Kelley?

Joe Casey: We begged. No, not really. Basically, in our dumb luck, we’ve become friends with Kelley and Mike from playing with their band R. Ring. When we knew we had these songs to record, we decided to do it someplace pain free with people we would have fun with. Kelley brings a straightforward creativity to recording. She seems to have twenty ideas going. Five are completely off-the-wall. Five are genius. Five are genius that she doesn’t think are genius and the other five are genius in how off -the-wall they are. Just thinking about it now makes me want to go down to Kentucky and do it again.

NT: How did your previous single pull you back to working with Mike Montgomery and what did they bring to the process this time around?

JC: It was easy and fun last time. Also, Mike had recently built a new Candyland Studio, so we wanted to check it out. The previous Candyland was in the back of a dog kennel which had its own charms.

NT: How did you want to incorporate you strings and woodwinds into the album artistically and how did the writing for those come about?

JC: Kelley was like, “I think I hear some kind of orchestration on here.” We were like, “Whatever idea Kelley has, it’s probably a great one.” From there we gratefully handed over the song to her to do what she wanted. I think the first suggestion she had for “You Always Win” was “make it like a weird Nancy Sinatra song” which I thought was great.

NT: You stated at the start your goals for Protomartyr were mostly to put out a single and tour, so how has that changed as the years have gone on?

JC: It’s still the same really: put out music and tour the world. Another goal is to work together as a collective. A lot of bands seem to be little ego dictatorships. I’m proud we function as a group. A selfish goal would be to meet cool celebrities. I’m a shallow person that way.

NT: Since your success has moved you past your former jobs, how has your time focusing on the band shifted?

JC: I don’t know if I would term it as “success” that made us leave our jobs. It’s more that we felt if we were going to do it right as we saw it, we’d have to devote more time than having jobs would allow. My advice to anybody starting out in a band is to keep that job as long as possible and leave on good terms in case you need to go back. It’s nice to focus on Protomartyr full time though. I wasn’t surprised to find that a lot of people in “indie rock”, or whatever you call it, come from wealthy backgrounds. This life is creatively fulfilling but leaves your wallet awfully empty.

NT: Considering the wealth of literature you go through on a tour, how does that affect your process writing lyrics, and do you typically find yourself pulling from literature as opposed to your own life?

JC: Reading mostly helps me in inspiring how I might write as opposed to what I might write about. It’s why I try and read a variety of things, even trash. One thing I worry about is that it is harder and harder for me to read in the van. My eyes get tired much quicker nowadays. I suppose that’s the price you pay.

NT: I was totally captivated by that cover art for Relatives in Descent, I was curious since you made it how you came about that photo and what made it feel thematically perfect for the cover?

JC: I had the image in my head of a woman’s face that had an inscrutable and timeless look. The album covers usually come to me in daydreams before I look for the image. I was originally looking through old photos of actresses that had played Joan of Arc. That and pictures of women freedom fighters from around the world. I was definitely looking for some feminine power. The album seemed that way to me. At least as much as Protomartyr album could. The final image of Maude Fealy as a nun stuck with me in the end.

NT: I thought it was interesting too considering how often your songs take atypical structures that you took a much more pop-chorus style with “Don’t Go To Anacita” which reminded me in parts of The Clash, so what lead you to this bigger refrain than usual?

JC: Well, if you get known for chasing atypical structures, then it can be a case of “weirdness for weirdness’s sake”. You don’t need to freak out the squares on every song, you know? It helps to occasionally remind people that you understand the power of a simple chorus every so often. The trick is to not feel that every song needs to be chock full of hooks, choruses, and blatantly simple words in order to exist.

NT: Do you see yourself exploring Anacita more in future recordings now that you’ve started this repeating theme?

JC: As long as it doesn’t become a crutch or a chore, sure. I already have enough secret rules and crutches for writing lyrics. I’d hate to add one more.