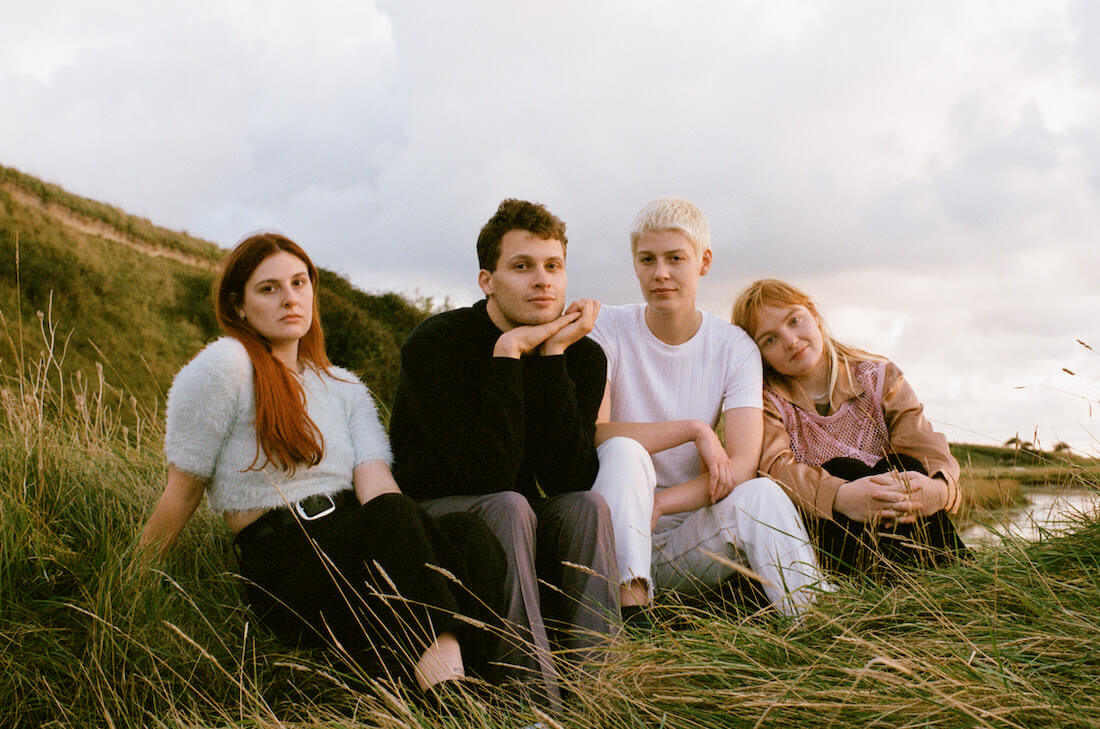 Porridge Radio are back with new single/video, “The Rip,” the track is lifted from their forthcoming third studio album, Waterslide, Diving Board, Ladder To The Sky, available May 20th via Secretly Canadian. “The Rip,” Follows lead single “Back To The Radio.” The visual was directed by Ella Margolin, the sister of frontperson Dana Margolin. Porridge Radio is comprised of Margolin, drummer Sam Yardley, keyboardist Georgie Stott and bassist Maddie Ryall. The album was Co-produced by Tom Carmichael, Margolin and Yardley.

“‘The Rip’ was the last song to be finished for the album, and we finished it about a week before we went into the studio to record it in March 2021. We wanted it to sound like massive pop, like Charli XCX, but with the instrumentation of bands like Slothrust or Deftones. It took the longest a song has ever taken me to write lyrics for, and they took form over a few years. At the beginning it was a song about a power dynamic where I was in control, by the end it was about one where I had none.

“My friends always accuse me of making up idioms and using them like they are well known phrases and I think this song is full of those. I love the idea of something being sick at the seams, like it’s disintegrating from its core. I like things that are so simple they are universal. I wanted it to sound like when your heart breaks so badly that your entire body aches. I wanted it to feel like your soul is dropping out of your body.”
– Dana Margolin

Waterslide, Diving Board, Ladder To The Sky seems to be eternally striving for balance – joy, fear and endlessness in harmony. But there’s also self-acceptance. After struggling with reconciling the lo-fi Dana of the Brighton scene with her star rising, Margolin is more aware of how she’s creating a persona as her profile continues to rise, and how she’s singing personal songs that now belong to other people. “I wrote these songs for myself but I think everyone wants to feel like what they’re doing is useful in some way,” she says. “I’m learning to embrace both now, the parts that are for me, and the parts that are for everybody else.”