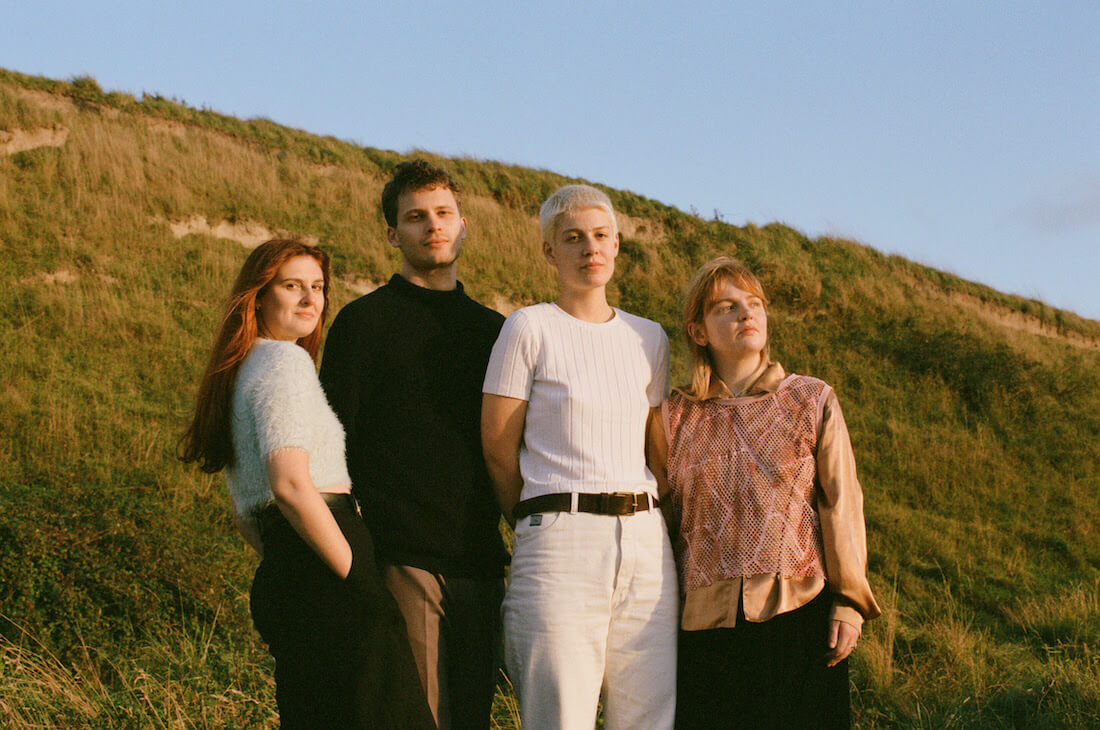 Porridge Radio have announced, their new album Waterslide, Diving Board, Ladder To The Sky,, will drop on May 20, 2022 via Secretly Canadian. Along with the news, the UK band has shared the lead single/video, “Back to the Radio.”

‘“Back To The Radio’ feels like a huge introductory hello or a big ceremonial goodbye,” comments Dana. “I wrote it at the end of 2019 when we were gearing up for the release of Every Bad and I felt like a lot of things were coming that I wasn’t sure I knew how to handle. The song grew out of a feeling of intense loneliness and being unprepared for what everybody was promising me was about to happen – and a strong desire to escape without knowing what I wanted to escape to. To me there’s a huge feeling of catharsis in this song, of letting go and letting it sweep you away.”

Waterslide, Diving Board, Ladder To The Sky is a surreal image that’s partly inspired by a collage by the artist Eileen Agar, and evokes the ducks and dives, slippery slopes and existential angst of life, while also drawing from the story of Jacob’s Ladder from the Old Testament which, “symbolizes the ups and downs of human life, of virtue and transgression,” Margolin explains. The idea that no one emotional state is binary is central to the album. “With this album, the feelings of joy, fear and endlessness coexist together,” says Margolin.

Pre-order Waterslide, Diving Board, Ladder To The Sky by Porridge Radio HERE