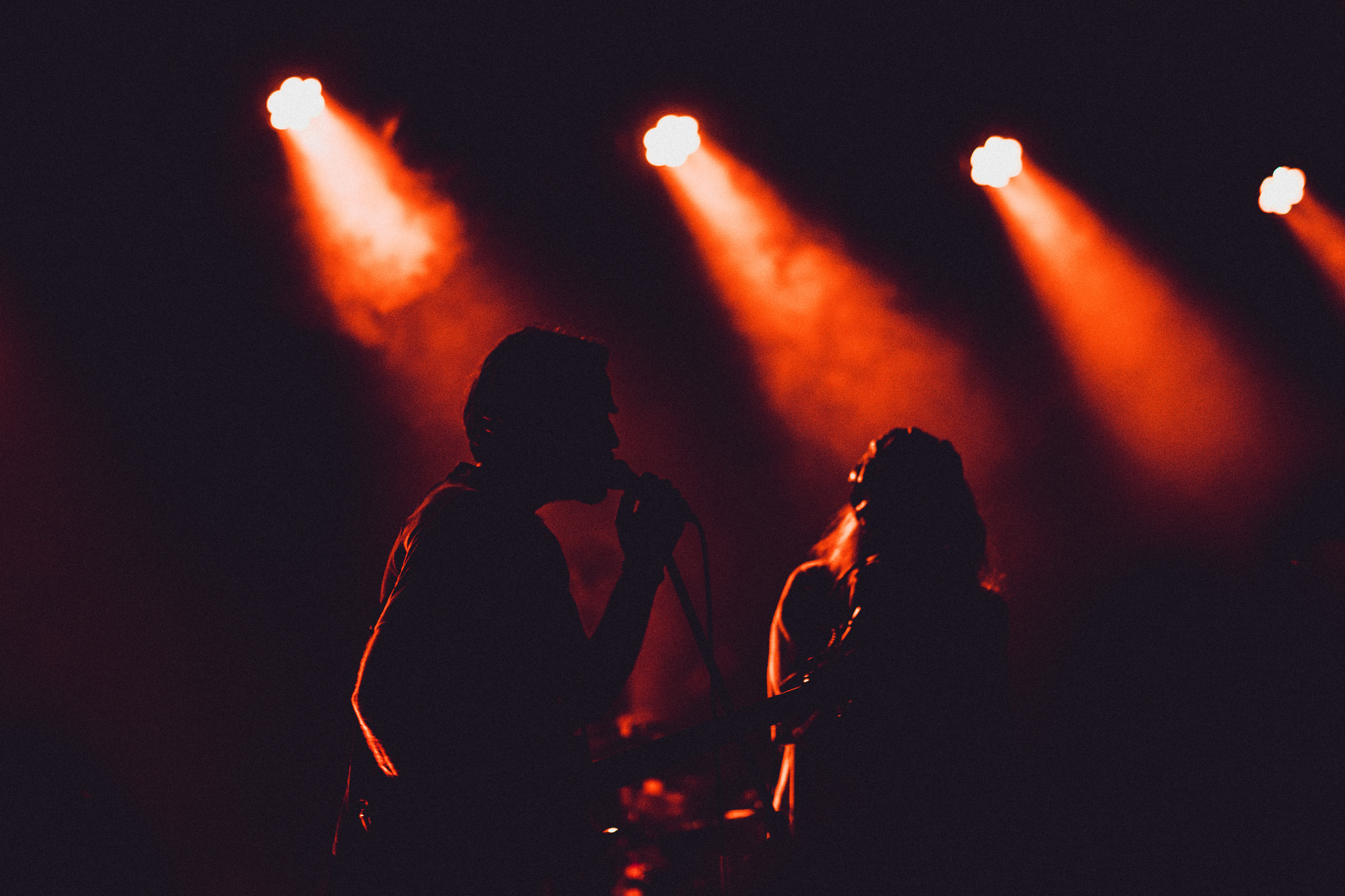 The last two days of POP Montreal 2017 were a doozy, with a hyped reunion show, a promising indie rocker from Oakland, and an eventual Polaris Prize winner. Above all, it was just more proof that as far as multi-venue music festivals go, POP is a national treasure. Here’s our second and final recap of POP Montreal’s Sweet Sixteen.

Aside from their BBQs at the POP Quarters, one of the most fun elements of the entire festival is when shows are held on the rooftop of Montreal’s Ubisoft building. The Montreal HQ to one of the biggest video game companies in the world hosted several sets through the weekend, with Saturday’s bill including local acoustic indie pop singer-songwriter Jason Bajada, and Francophone folk outfit Avec pas d’casque (the non-French speakers around me were calling them “Avec podcast”, because I suppose that’s easier).

Saturday night really began, however, with a performance – and some hilarious stage banter, to boot – at the upstairs of the Rialto from Toronto-based Colombian singer Lido Pimienta. If you have to pigeonhole her, you could argue her music is a mixture of traditional Latin-American music, Björk, and electronic music à la Massive Attack.

The tone of her music can be extremely political – she asks all the women, women of colour and trans people go ahead of all the men in the crowd, and performs a song protesting Nunavut selling water bottles for $20 – and her style is very experimental while also being strangely hypnotic. That said, she’s got obvious talent in both her performance and vocal elasticity, and the (unfortunately) smallish crowd ate it up. The fact that she’d win the Polaris Music Prize two days later is merely a happy coincidence.

Meanwhile, ‘90s noise/blues rock band Royal Trux took to Fairmount in front of a crowd noticeably smaller than the one this venue had for Ty Segall earlier in the week. The music felt like a jammier, bluesier Dinosaur Jr., with guitar noodling, jumbled song structures, and complex bass riffs front and centre. It’s intriguing for what it is, but it’s a lot to get used to, and singer Jennifer Herrema also slurred as if she could have been drunk or high during the performance. (She might not have been, mind you, but you have to wonder.)

That said, night four at POP Montreal 2017 would end with a loud bang thanks to the first show since 2011 by Montreal dance punk-flavoured indie rockers Think About Life. Whether or not this show is simply a one-off reunion remains to be seen, but sweet Jesus did they ever bring it.

With a packed crowd at the Piccolo Rialto waiting in anticipation similar to that felt for the Unicorns in 2014, frontman Martin Cesar comes onstage with a Real Madrid jersey and pure intensity from start to finish. Positive vibes, crowd-surfing, and a trip down memory lane for Montrealers who knew the band during the late nineties would ensue.

As if the show wasn’t crazy enough, some dude in a wizard costume – or a Jesus costume, I’m not sure which – comes onstage and rips through a few songs on bass. Utter madness.

The band then closed with, rather appropriately, “Sweet Sixteen”. Given how much of a frenzy their crowd was in throughout, they’ll need to speed up the timeline of their next reunion show.

It’s hard to imagine topping that on the final day, which is probably partly why the Sunday was the quietest day of the festival. My choice of curtain-closing for this year’s edition would be Stef Chura (indie rock with a Stevie Nicks-meets-grunge voice); Jay Som, aka Oakland musician Melina Duterte, who fuses dream pop with jangly Mac DeMarco-esque guitars to make what the New York Times calls “D.I.Y. bedroom pop”; and Hurray for the Riff Raff, a bluesy Americana act from The Bronx with very political between-song monologues (“We’re Hurray for the Riff Raff… we’re from the Divided States of America”), and a singer with a strong, technically gifted voice and an energetic live persona.

I didn’t go to as many shows or venues as I wanted to this year, but one can only be in one place at a time – unless, of course, you’re Hermione Granger and you own a Time-Turner. That’s the beauty and the curse of POP Montreal: it’s full of great shows and both new and old artists to check out in a smaller venue, but its over-saturation can also give you some definite FOMO. In any case, I can’t wait to do it all again next year.