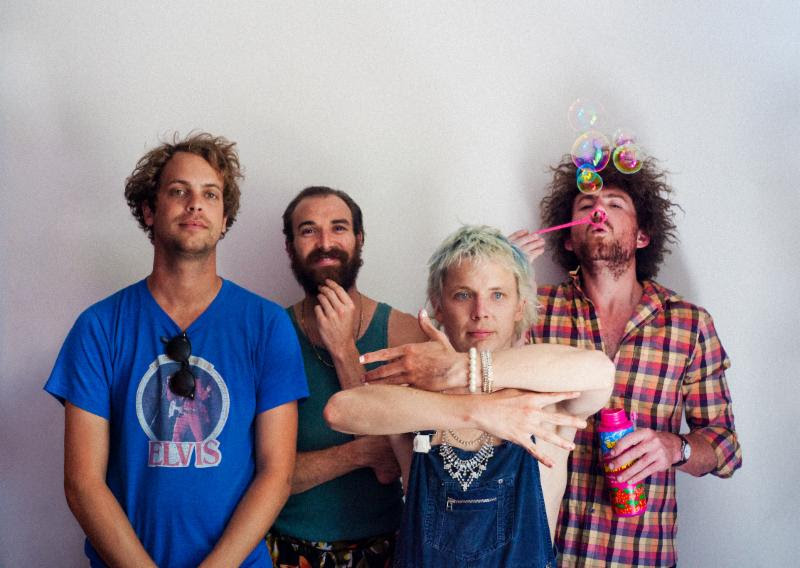 On Pond’s forthcoming album The Weather, the Perth Australia’s based four-piece has created their most focused record to date featuring some of the band’s most direct pop moments, while retaining POND’s propensity for experimentation. The Weather is due out on May 5th via Marathon Artists.

Of the album, POND’s Nicholas Allbrook says: “It’s a concept album, not completely about Perth, but focusing on all the weird contradictory things that make up a lot of colonial cities around the world. Laying out all the dark things underneath the shimmering exterior of cranes, development, money and white privilege. It’s not our place, but it is our place. British, but Australian, but not REAL Australian. On the edge of the world with a hell of a lot of fucked things defining our little city, still we try and live a wholesome respectful life, while being inherently disrespectful. At the end of all this confusion in our weird little white antipodean world, there’s the beach, purity and nature that brings us all together”.

Detailing the albums urgency, The Weather opens with the epic ‘30,000 Megatons’. A despairing meditation on the nuclear threat, the track spirals into synth-prog hysteria, which mirrors the escalating unease felt around the world right now. ‘30,000 Megatons’ and ‘Sweep Me Off My Feet’ are available to download and stream now.

Since forming in 2008, POND have been lauded for their raucous and unpredictable live show, utilising the punk and garage-rock foundation on which the band was built to breathe new life into their songs. The band will bring The Weather to the UK for the first time on 14th February 2017, with an intimate one-off show at London’s Moth Club.

30,000 Megatons
Sweep Me Off My Feet
Paint Me Silver
Colder Than Ice
Edge Of The World Pt. 1
A/B
Zen Automaton
All I Want For Xmas (Is A Tascam 388)
Edge of the World Pt. 2
The Weather