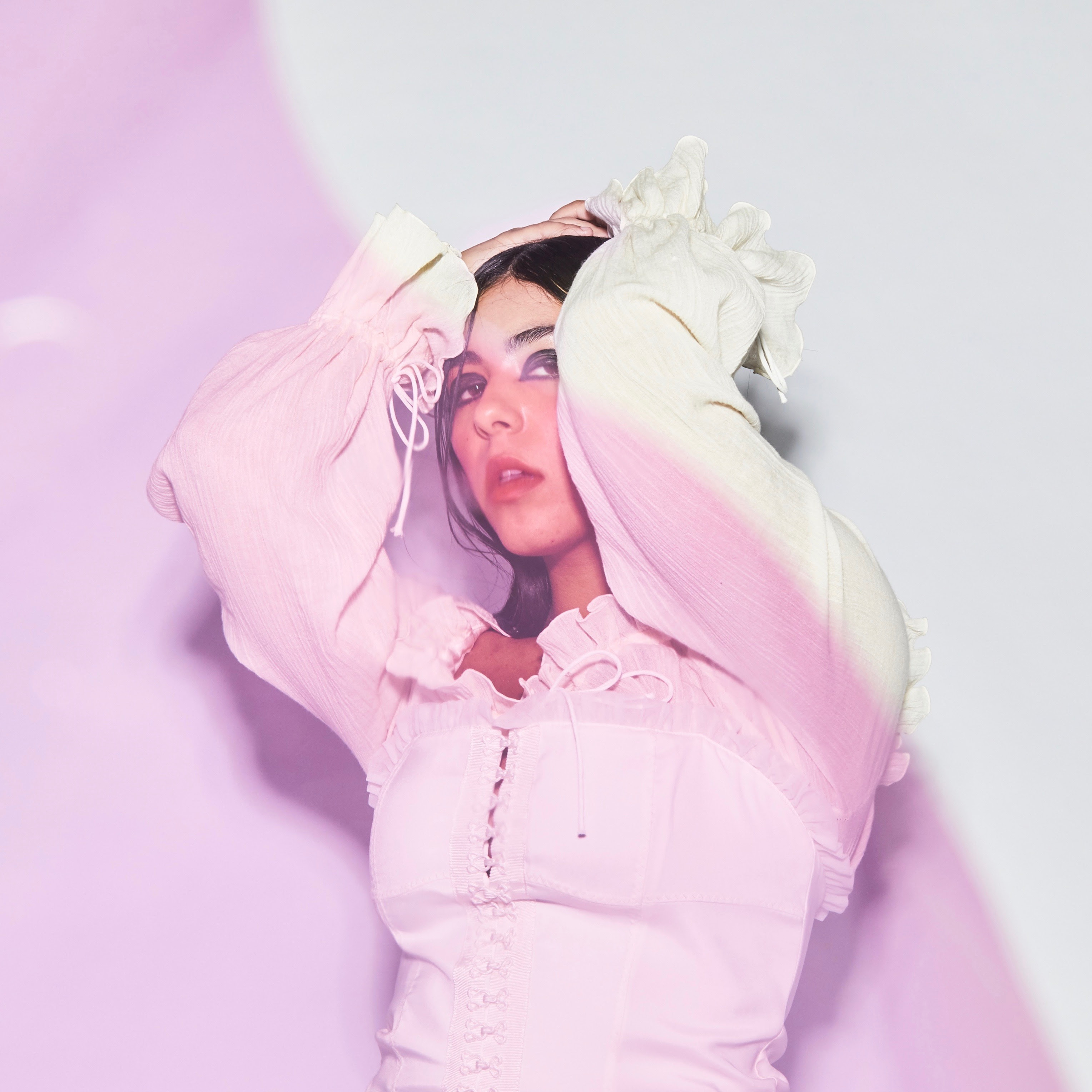 Pom Pom Squad have released their version of FKA twigs’ “Cellophane.” On the track, frontwoman Mia Berrin says, “I know I’m not alone in saying that “Cellophane” was one of my absolute favorite songs of last year… I’ve been a fan of twigs since I was in high school and heard ‘Hide’ off of EP1. She was one of the first artists that made me seen as a woman of color occupying an alternative space, and I could immediately hear myself in the sweeping ebbs and flows of this song.” This year, they just announced an east coast tour with DiDisq Announce New Album ‘Collector’sq, playing San Francisco’s Noise Pop Festival alongside Rosie Tucker and SXSW – tour dates below & here.

Alongside Berrin, the band features bassist Mari Alé Figeman, drummer Shelby Keller, and guitarist Alex Mercuri. Hailing from a variety of different backgrounds — from Keller’s jazz training to Berrin’s classic hip-hop and new wave upbringing — the group manages to be serious without taking themselves too seriously. It’s that balance of solemnity and whimsy that allows punk and tenderness to live side by side: chunky, distorted guitar on some tracks, and near-whisper on others; brash yells or tame, wry wit.