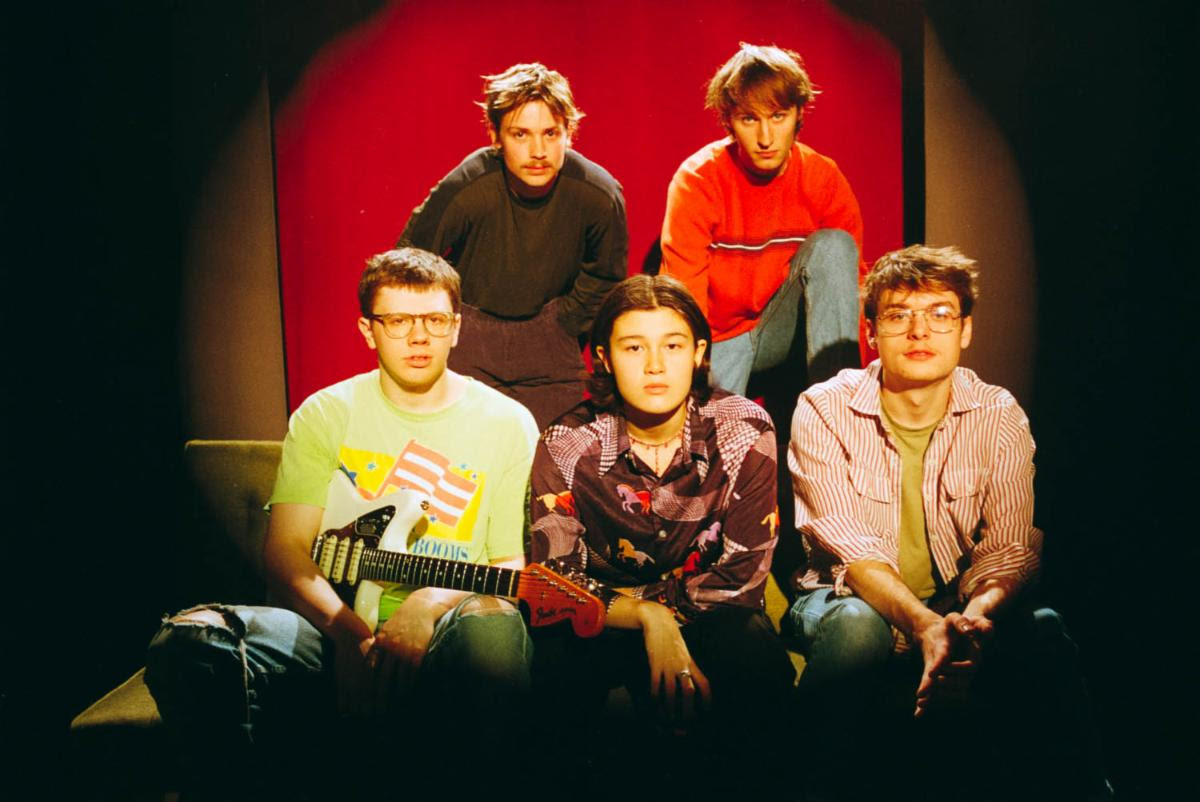 Disq have officially signed to Saddle Creek. The Madison, Wisconsin based band announced their debut full-length Collector on March 6th. The band includes Raina Bock (bass/vocals) and Isaac deBroux-Slone (guitar/vocals) have known each other from infancy, growing up and into music together. Now in their early 20s and a five-piece, rounded out by (guitar/keys/vocals), Logan Severson (guitar/vocals), and Brendan Manley (drums), Disq have assembled a razor-sharp, teetering-on-the-edge-of-chaos melange of sounds, experiences, memories, and influences on their debut LP. Produced by Rob Schnapf (Beck, Elliot Smith, Kurt Vile), the album is now available to pre-order here.

To celebrate the album announcement, Disq share Collector’s album opener and lead single entitled “Daily Routine.” The hard-hitting track is a massive introduction to the record, encapsulating a fatigued modern nausea, as deBroux-Slone declares in an apathetic, tuneful groan “This is my daily routine/Spend my hours on a computer screen…I’m in prison but I think this place was built by me.” He’s backed by woozy guitars before the whole band crashes in like a panic attack, with tempo darting up and down throughout the song. “’Daily Routine’ is a song about an intense personal struggle,” Isaac deBroux-Slone explains. “In dark times, life can feel like a cycle that I’m trapped in, repeating over and over with no means of escape. It’s easy to fall into a void, thinking that everybody else has it all figured out, while losing sight of the fact that many others feel exactly the same way.”