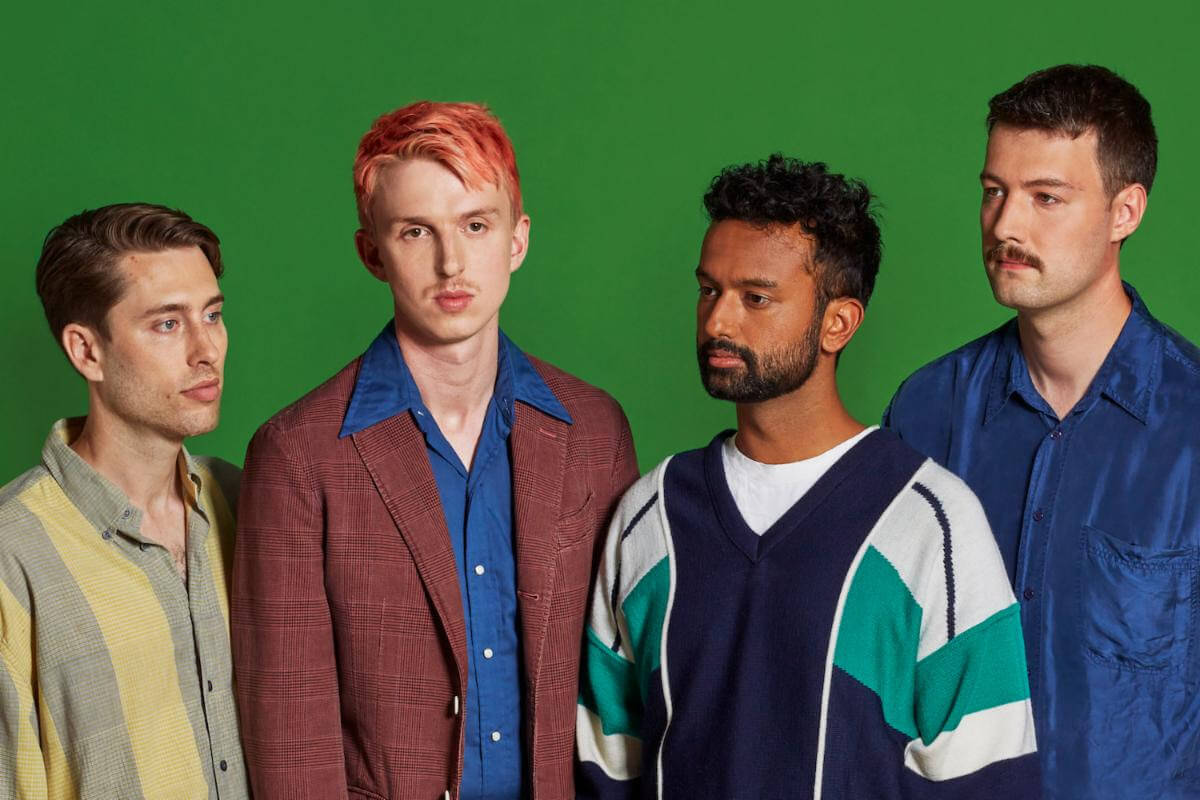 "Plastic Champ" By Mylar is Northern Transmissions Song of the Day. The track is off the London band's EP Somewhere
Share on TwitterShare on PinterestShare on PocketShare on RedditShare on FacebookShare on Email

Mylar, have announced their debut EP Elsewhere on April 8, 2022 via blue Flowers/Pias (Westerman, Puma Blue). Ahead of the release, the London, England band, have shared the lead-single off the EP, “Plastic Champ.” The forthcoming EP, Elsewhere, was recorded and produced by Mylar in London in the first half of 2021 and mixed and mastered in Spain by Iñaki de las Cuevas and Julío Rodríguez Sangrador respectively.

“Plastic Champ” is a track that explores the limited language and images around masculinity. “This song came together really quickly from a cartoonish synth line from our drummer Rob”, explains Tom Short, the band’s lead vocalist and the writer of the song’s lyrics.“I got the idea of a narrator who’s on the run from their own lies which is why the vocals feel a bit frantic. There’s an important discussion around the bad aspects of men’s behaviour but I was thinking more about the very limited images of masculinity that we have. Words like champ sound dated but the image of stern manhood they represent is still with us and I liked the idea of a character who has tried too hard to fit this mould, they’ve faked it for too long and now they’re raving about these ideas like a fool in a morality play.”

The song comes with a Beatrix Blaise directed video with animation by Qianhui Yu. “Plastic Champ is such a cartoon style song, it instantly made me think of Qianhui Yu who we’ve previously featured on Girls In Film. There are a few people that stick out to you when you’re creating, and she’s always been one of them. So I really wanted to see what we could do together. And we built on the live-action/ cartoon world tropes of ‘goody’ and ‘baddy’ and the conflicts they may have in this semi-western, semi-anime 80’s style world. It also pays homage to the days of music where fun and not taking yourself too seriously were important.”