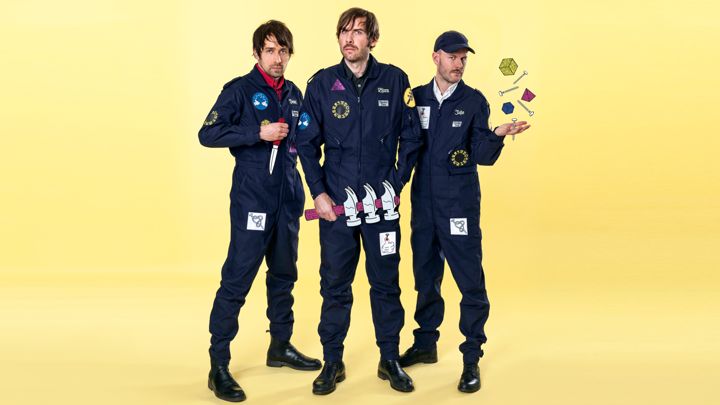 Peter Bjorn and John have dropped their latest music video for their single “Dominos.” The clip comes just one week ahead of the band’s return to the US for the next leg of their Breakin’ Point world tour. Peter Bjorn and John will kick things off in the US on the morning of August 26th with a live performance and interview on KCRW’s influential and renown Morning Becomes Eclectic show. That night they headline the Roxy before joining the incredible line-up at this year’s FYF Fest for a performance on Saturday followed by a month of North American headlining dates.

“Dominos” also got the remix treatment in June from fellow Swedes Galantis who turned it into an electro catchy house tune, listen HERE. Now with the new music video that features more than 100 human dominos and a month of North American headlining dates to follow, Peter Bjorn and John are posed to kick this one into high gear.

Watch the “Dominos” video below, tune into KCRW’s Morning Becomes Eclectic on Friday August 26th to listen to session and catch the band live in North America in the month ahead, confirmed dates below.