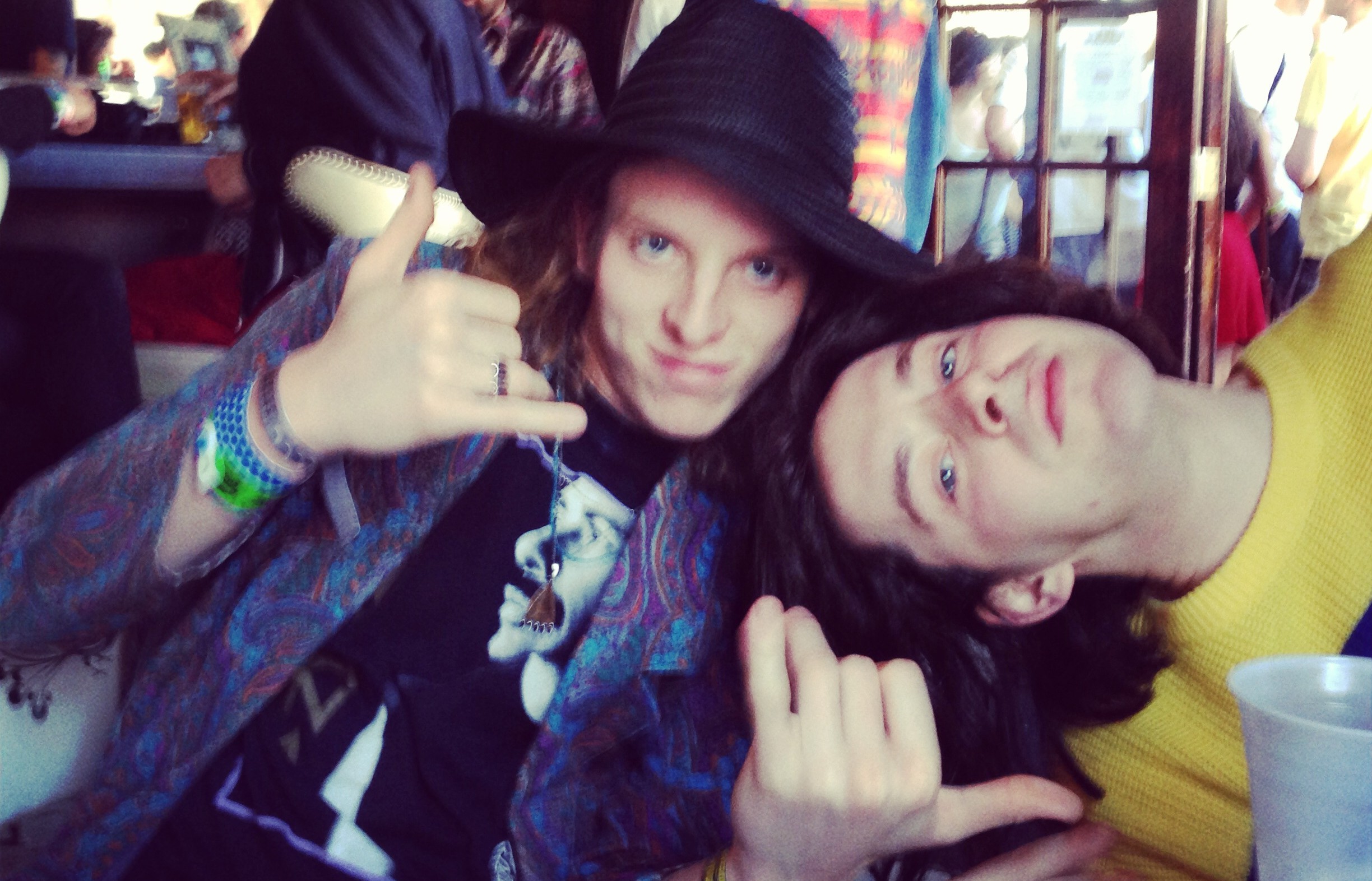 Charles Brownstein met up with Harry and Dom of Peace before one of their many shows at SXSW in Austin, Texas. They talked about touing North America, being in a band with siblings and whether or not there is a Peace – Micheal J Fox family connection.

CB: The band has had quite a bit of success touring the UK, hitting the road with bands like The Vaccines and Django Django, how have the shows in North America been so far?

HK: It’s like when we first started playing gigs in the UK, so far we’re playing smaller venues, We have really enjoyed it, we are quite happy with how the shows have been going.

DB: It’s cool playing a different mixture of venues. We will be playing some bigger festival dates like Primavera and Supersonic, mixed in with club shows in Europe and the States. It really keeps it interesting being able to play such a variety of gig sizes. CB: Some people have described your music as “The future of indie rock”, how does this make you feel?

HK: It sounds like a bit of pressure, but it really isn’t. It is a real incentive, we really are a chilled out band. For some reason the media has really taken to us, they have been really positive about our music. It was really random as well when somebody from NME showed up at a pub gig of ours in South London, they really had tons of positive things to say about the band and the show.

DB: I think we are all pleasant guys to be honest, it’s quite a compliment to be attached with a label like that though. We really take it as quite a compliment. CB: You guys are from Birmingham, UK, a town which has spawned some pretty popular bands including Black Sabbath, ELO, and Iron Maiden. How much has growing up in that area influenced your writing?

DB: It hasn’t really influenced our writing that much, but the fans are so supportive. People from Birmingham are really supportive of the band and our music. They have really gotten behind us and are really proud that we are from there.

HK: There really is a great energy there, and people still love those bands today.

CB: Is it tough having a band with brothers in it? There’s been some pretty tumultuous relationships involving siblings in the history of rock, including The Wilsons, Gallaghers, and the Davies.

HK: It’s the early days, it’s all fun. It really can go either way. We we’re really lucky. M folks had tons of music, they were always playing something cool. It would be really interesting to see what I’d be playing, if we weren’t exposed to so much good music. I think my brother would agree with me on that one, maybe…

CB: I couldn’t resist asking, is someone in the band really related to Micheal J Fox?

DB: That was all a joke, it’s a band myth. We were just having fun with that one. I quite enjoyed the ‘Back To The Future’ movies.

CB: Which five albums should be in everyone’s collection?

The Libertines – Up The Bracket

The Who – Meaty Beaty Big And Bouncy