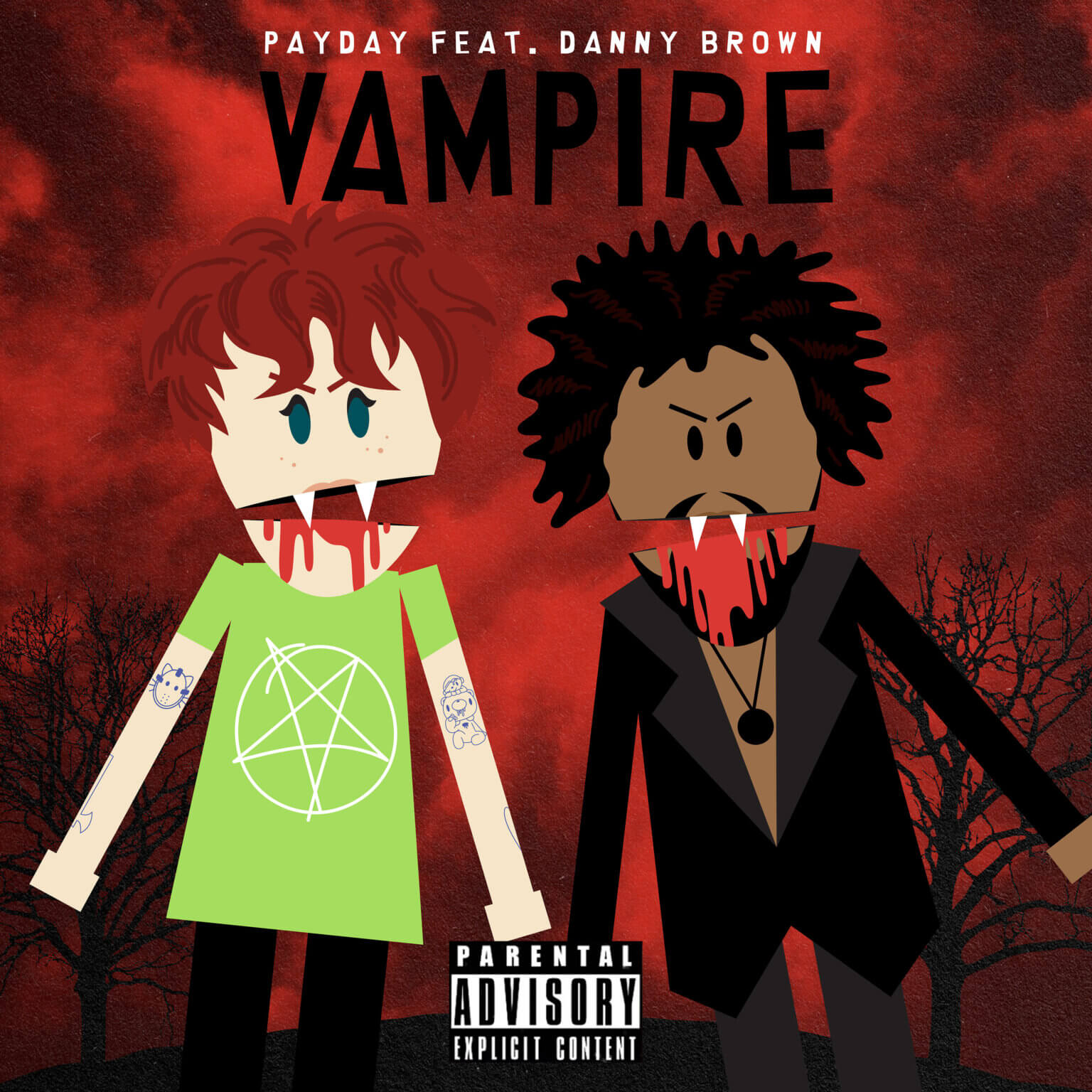 PAYDAY has returned with a new video for “Vampire” featuring an appearance by Danny Brown.
Share on TwitterShare on PinterestShare on PocketShare on RedditShare on FacebookShare on Email

PAYDAY has returned with a new video for “Vampire” featuring an appearance by Danny Brown. The music video, directed by Oliver Boothe, follows PAYDAY and Danny as they both turn into vampires and wreak havoc across town in a stolen hearse. The song, which PAYDAY calls “the perfect spooky banger” can be heard on her latest mixtape, ‘Rap In A Can,’ out now via COR / TAN Records. Speaking about her ‘Rap In A Can’ project, PAYDAY reveals, “The project is cohesive and has a very simple message… I’m the dopest 17 yr old rapper living. I honestly think so. I’m ready for whoever’s tryna prove that they’re better. I just don’t know of anyone out here who’s doin it like me.” Rap In A Can follows her P.U.K.E. EP series.

This summer, PAYDAY released her ‘House Of P.U.K.E.: The Complete Collection’ (LISTEN), a compilation album, featuring previously released tracks from all three volumes of her popular ‘P.U.K.E. Tapes’ (PAYDAY’s Unbelievably Killer EP) series of EPs, plus three previously unreleased new tracks. On focus track, “Ode To Soulja Girl,” PAYDAY links up with Bay Area hip hop collective, AG Club, who recently dropped their debut album FYE (Fuck Your Expectations) Pt 1 and Pt 2 this past spring, and whom she recently joined on tour.

PAYDAY spent most of her childhood traveling state-to-state with her family, wherever they could find work. Often an outsider at whatever school she found herself each month or year, PAYDAY grew increasingly angry at the world, eventually finding an escape in music and a reliable friend in a Nintendo DS and $14 dollar mic she purchased at Walmart. From 8-years-old, she immersed herself in poem and lyrics, raps, and beats, eventually evolving into all things PAYDAY. “It’s crazy, I went from being the weird new kid with a southern accent, to the cool kid who knew how to rap and produce music.” Suddenly, the kids who once bullied her for being the weird outsider, all wanted to be her friend, and PAYDAY found her calling, spitting rhymes and lyrics in the school playground, and producing music in her bedroom.

2019, saw PAYDAY officially entered the scene and unintentionally amassed quite the cult following with the release of her debut single ‘Super Thicc,’ which soon prompted A&R’s and music blogs to come knocking. Inspired by everything from Tyler, The Creator, Lil Uzi, OutKast, and Kanye to Charlie XCX, Paramore and My Chemical Romance, PAYDAY is a welcomed and refreshing genre-defying voice for her generation.