Partner live at the Horseshoe Tavern 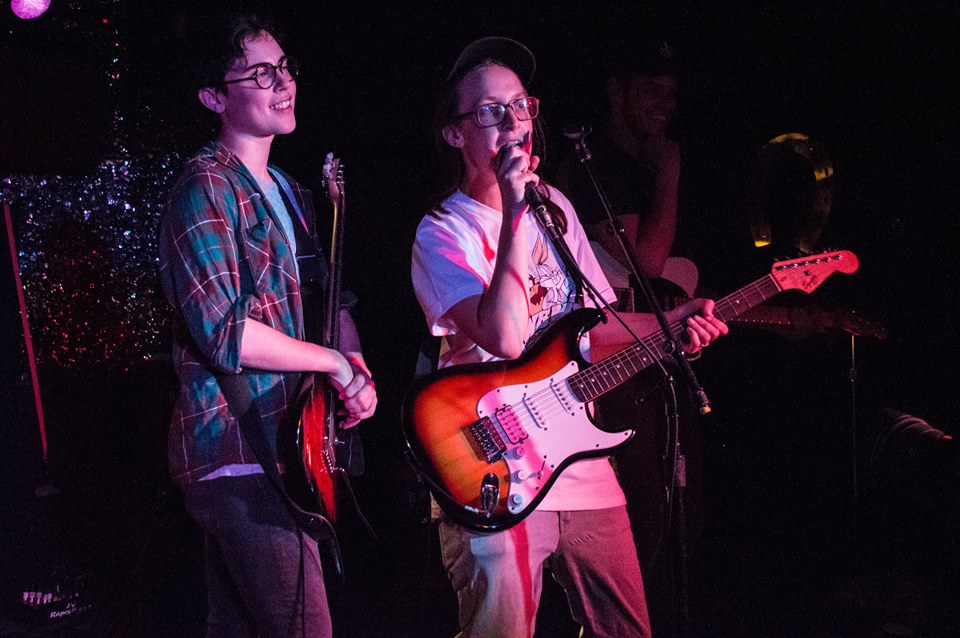 The dynamic duo of Josée Caron and Lucy Niles doesn’t work simply because they are “just two gay Canadians”. The best friends, born and bred in the small university town of Sackville, New Brunswick, are very genuine souls whose values, dreams and interests have perfectly entwined to create Partner; a rock ’n roll act that ignites each stage they touch, and whose performances feel as intimate as if the girls were serenading you in your own living room.

Having already taken Toronto by storm back in May for CMW, playing a heralded three-night stint at the Silver Dollar Room (who hosted Courtney Barnett for the same consecutive residency during NXNE 2014), the hype surrounding Partner’s headlining gig at the legendary Horseshoe Tavern on September 21 was real. Taking to the stage shortly after 11, greeted by the roaring approval of the solid crowd, brimming with loyal friends and supporters, Josée and Lucy immediately kicked things into high gear. So much so, that their amp actually blew midway through the set. Handling a situation that would be any musician’s nightmare with grace and humour, the pair took the unexpected break to engage with the audience, telling funny stories and filling the room with laughter and warmth. Partner reminded us all that even the worst fluke is an easy fix when you are with in good company.

With every guitar lick, dance move and cheeky grin exchanged between members, the foundation of Partner’s masterful live show is built upon vulnerability, humbleness, and absolute honesty. Nothing is forced about the connections between Josée, Lucy, and their solid backline of Kevin Brasier, Brendan Allison and Dan Legere. With each moment taken to pause and thank everyone for coming out, you could feel every ounce of their gratitude. With every laugh shared, you felt as if you had been friends with the group for years. What’s so special about Partner is that they simply just are. They have nothing to hide but everything to gain.