Partner Get The Last Word 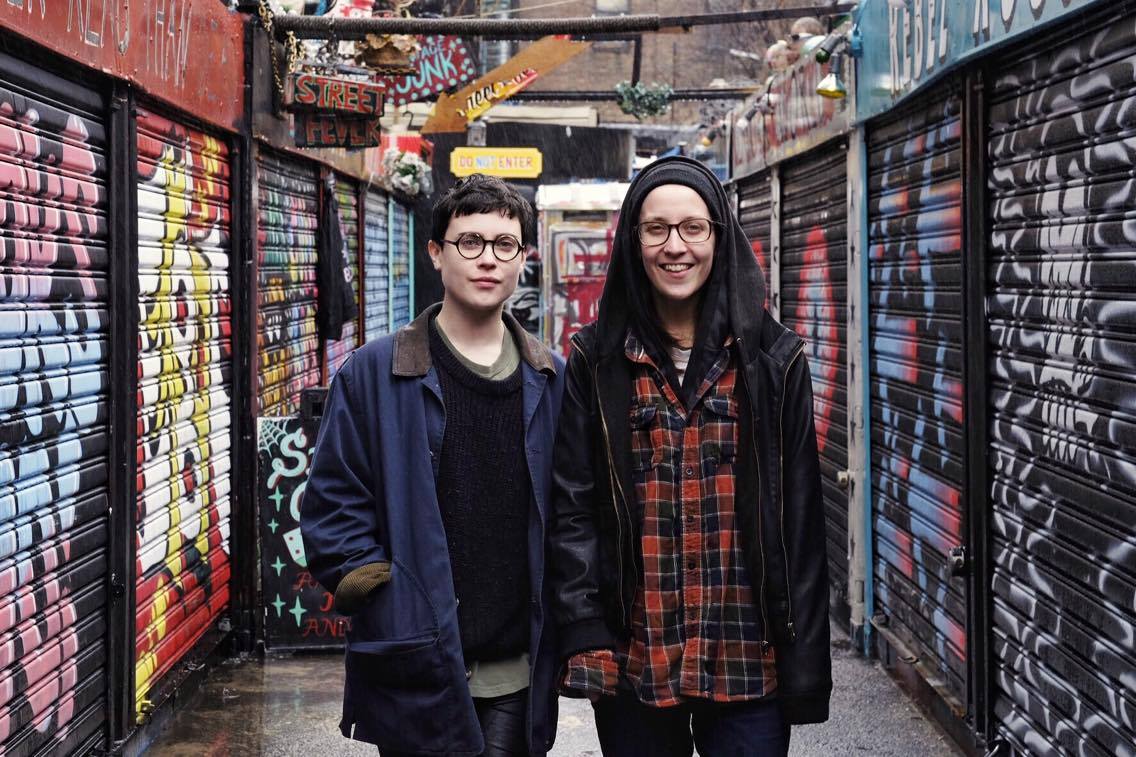 Despite being on the verge of their debut LP, Partner Sackville, New Brunswick’s Partner have been on people’s radars for a while now. While they could’ve put out EP’s multiple times over the past couple years, they wanted to make the right first impression. Over that time the band has become infamous for their amazing live shows, raw energy, and even a mutual appreciation from Ellen Page. We caught up with the best friend powerhouse Josée Caron and Lucy Niles ahead of their new LP In Search Of Lost Time (Sept. 8) to talk about relocating to Windsor, their long hold out for releases and why they’re offering guitar lessons over Skype.

Northern Transmissions: I was also interested in the fact that you guys basically had nothing but singles out for the past two years, was there any reason you never went the EP route at least digitally and was this to make the live show more unique?

Josée Caron: We’re going to release an EP called Healthy Release and we’re putting it out after the album comes out. We didn’t want people thinking that we’re punk, well Lucy’s a punk.
Lucy Niles: Punk at soul, not at sonic.
JC: We didn’t want people to think “Okay this is what they sound like: grunge, garage… shitty recordings.” We wanted to put the record out to establish what we were going for before we put those out.
LN: Kind of like a throwback EP.

NT: On this note I was kind of shocked when I saw that your new record was about 19 tracks long, was this kind of a result of that build up of music?

NT: Where did the skits come from?

LN: I love hip hop personally, but skits are pretty classic. My introduction to skits was an Aaron Carter CD, it magnifies it by 100, so you can have 12 songs.
JC: Even if you don’t like the skits, after you’ve listened to it five or six times it becomes a part of the record. It becomes its own hook for a listener, and you’re like “Oh yeah that’s Partner World.”
LN: Even if they don’t like them they still say they don’t, so they’re still talking about it.

NT: Even at 19 tracks the album is 35 minutes long because most songs are two minutes or less, to you is this about keeping it from getting boring?

LN: I always push for a short song because people have short attention spans. I mean I have a short attention span.
JC: Yeah you write what you want.
LN: If you can just say it in the amount of time it takes to say it, sometimes it takes four minutes but usually not.
JC: It’s cool when Annie Lennox can take four and a half minutes, but she can do that. For us at this time, our ideas are pretty suited to short form.
LN: We usually have one thing to say and it doesn’t take long to say that.

NT: You have one of the rawest and most ecstatic live shows I’ve seen in a band recently so I was kind of interested by the more pop approach to your vocals on record?

JC: We’re really interested in that sound, we love making perfect sounding songs. We love pop music.
LN: It’s also kind of a genre experiment to see how close you can get to actual pop in our budget, which it turns out…kinda close, especially in 2017 with all this technology. If we could sound like that live, we would.

NT: Why did you guys decide to relocate to Windsor from Sackville rather than say Toronto or Montreal?

JC: So a year and a half ago I moved there ahead of the band, and I was with someone from Windsor so that’s where I ended up, then the rest of the band moved there as well. We also can’t live in Toronto and tour, it’s super expensive. Windsor is also super affordable, it’s close to Detroit, it’s got its own thing going on. You can’t reject a place for whatever reason, it’s really a lesson in embracing what places have to offer.
LN: We’ve never lived in any place expensive so why start now. You can live in Windsor and support yourself on a part-time job.

NT: Where did the idea to use PledgeMusic to fund your record come from, and how did you come up with the different rewards?

JC: So the PledgeMusic money, none of those costs were to make the album, those were more supplementing dealing with the album now that it’s made. It was our manager’s idea, doubly for publicity. We got to make a funny video, it was super fun. We all brainstormed ideas for the rewards, my dad might buy a guitar lesson from Lucy.
LN: We actually didn’t end up having to sell too many of those weirder ideas, we’re not famous enough. I hope I get to give your dad a guitar lesson.

NT: Chris Shaw was a perfect pairing for your sound so how did you get involved through a cold emailing?

JC: I just emailed him with an Exclaim! review of our show saying “Hey look, we’re legit.” Kevin and I were in a frenzied state of having just wrapped up all the editing on the album, and we were really into it. It was Chris Shaw or bust so we emailed him. He really brought that professional touch for sure, but it really took some time to get into the groove with us for sure. For the first couple rounds of mixing he was guessing, and we didn’t know how to say what we wanted. We did all the mixing over email and he brought that professional sound to it. The last couple songs he mixed, he really put his personal touch on it, and we could really how his touch brought the album together.

NT: On top of the new EP and touring, what are you guys up to for now?

JC: We’re working on writing our second album.
LN: We’ve got two tracks so far, we’ve got title, we’ve got a concept, lots of work to do. We just nee some private time.