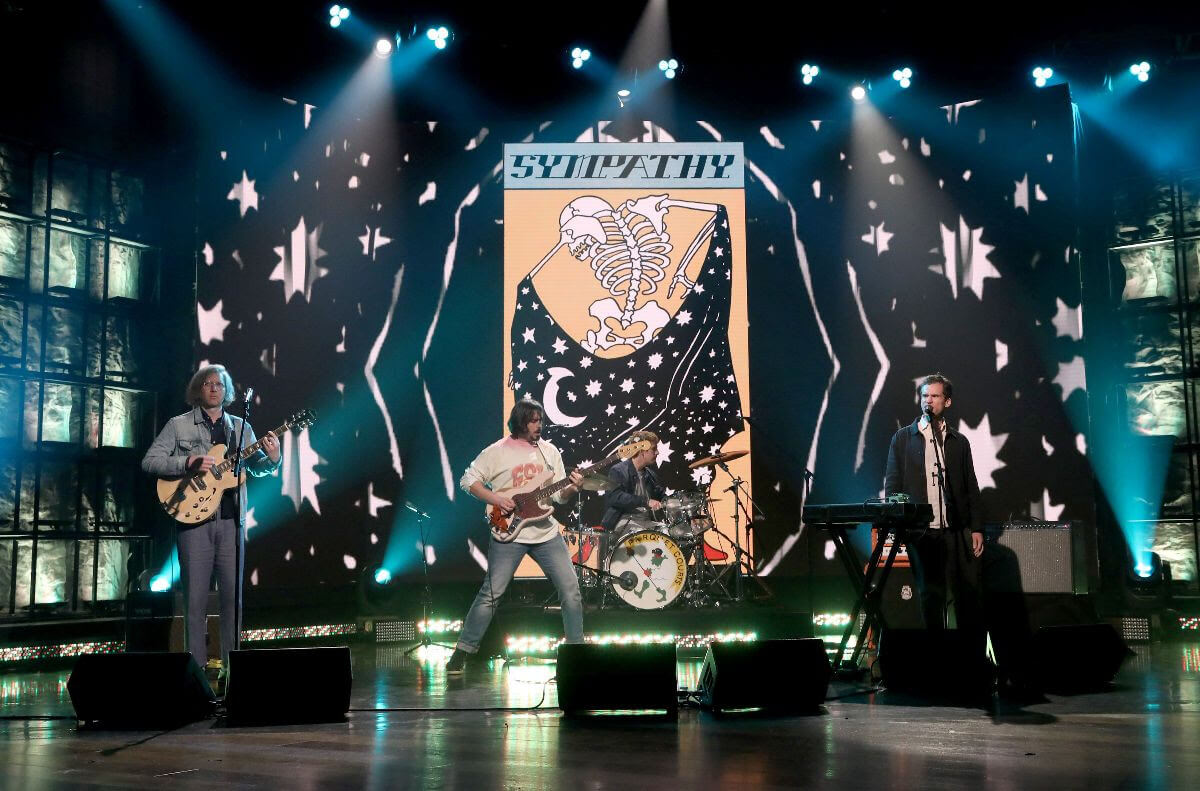 Parquet Courts have shared new single "When Strangers Smile," the track premiered on the Ellen DeGeneres Show
Share on TwitterShare on PinterestShare on PocketShare on RedditShare on FacebookShare on Email

Parquet Courts have dropped a brand new single, “Watching Strangers Smile,” on The Ellen DeGeneres Show. The rack came out of the same sessions the band did with Rodaidh McDonald for their current release Sympathy for Life. The Ellen performance puts A. Savage’s fiery vocal performance at the forefront, once again cementing them as one of the most lauded indie bands of the last decade and giving a taste of what to expect on their spring 2022 North American tour. “Watching Strangers Smile” will be available on all streaming services at midnight tonight.

Additionally, at the request of a very enthusiastic Ellen DeGeneres, the band pulled out an impromptu performance of longtime Light Up Gold favorite “Stoned And Starving” for the studio audience, which is available to view online. This song is the b-side to the “Black Widow Spider” single, which was released only in Japan via Big Love Records,” says A. Savage. “The music was recorded during the sessions for Sympathy for Life, but it was left unfinished. I recorded the vocals on my own to sort of keep from going stir crazy that first lockdown summer. Apologies to my neighbors for the long afternoon spent screaming these vocals in my bedroom.”