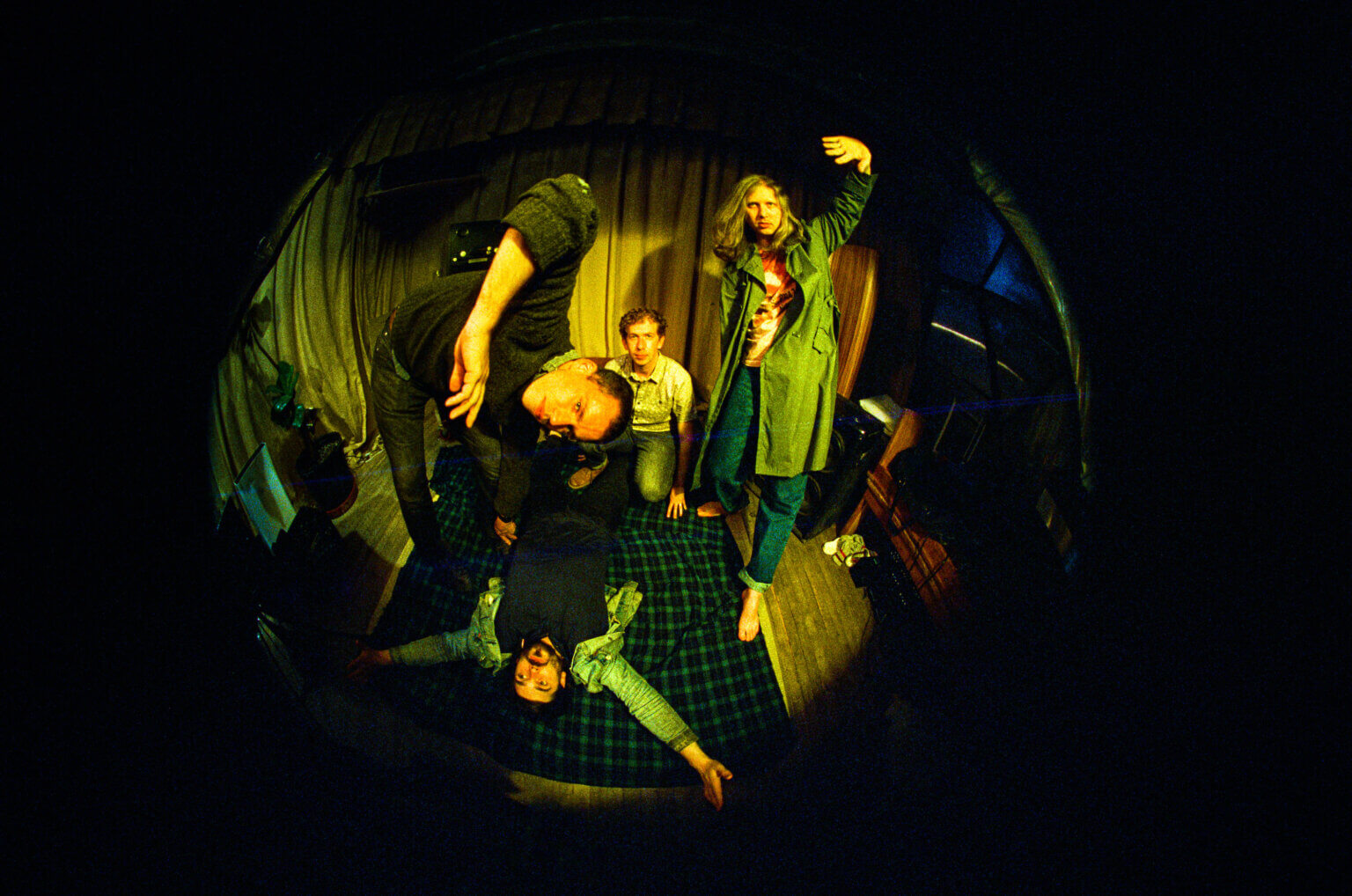 Parquet Courts share a new single/video, “Black Widow Spider.” The track is of the New York City band’s forthcoming release Sympathy For Life, available October 22nd via Rough Trade Records. “Black Widow Spider,” follows lead single “Walking at a Downtown Pace.” In A Savage’s words, “I told [producer] Rodaidh McDonald that I wanted to find a sound that was equal parts Can, Canned Heat and This Heat. He was really into that and probably took some glee in having such a bizarre challenge.”

The accompanying video, directed and animated by Shayne Ehman, is simply great. “We were inspired by the claymation master Art Clokey,” says Ehmman. “I wanted the video to feel like it was shot in the 1950’s and so I used very old lenses. One was a brass projection lens from the 1860’s and another was radioactive.”

Alongside the release of their first single last month, the band also announced the Power of Eleven – eleven global happenings that will occur around the release of the album. The first of these took place in Manhattan with the Gay & Lesbian Big Apple Corp marching band debuting “Walking At A Downtown Pace”. The second of these is happening in Tokyo in conjunction with Big Love Records, with an extremely limited “Black Widow Spider” 7” and t-shirt.

Sympathy For Life was built largely from improvised jams and produced in league with Rodaidh McDonald (The xx, Hot Chip, David Byrne) and John Parish (PJ Harvey, Aldous Harding, Dry Cleaning). “Most of the songs were created by taking long improvisations and moulding them through our own editing,” explains Austin Brown. “The biggest asset we have as artists is the band. After 10 years together, our greatest instrument is each other. The purest expression of Parquet Courts is when we are improvising.”