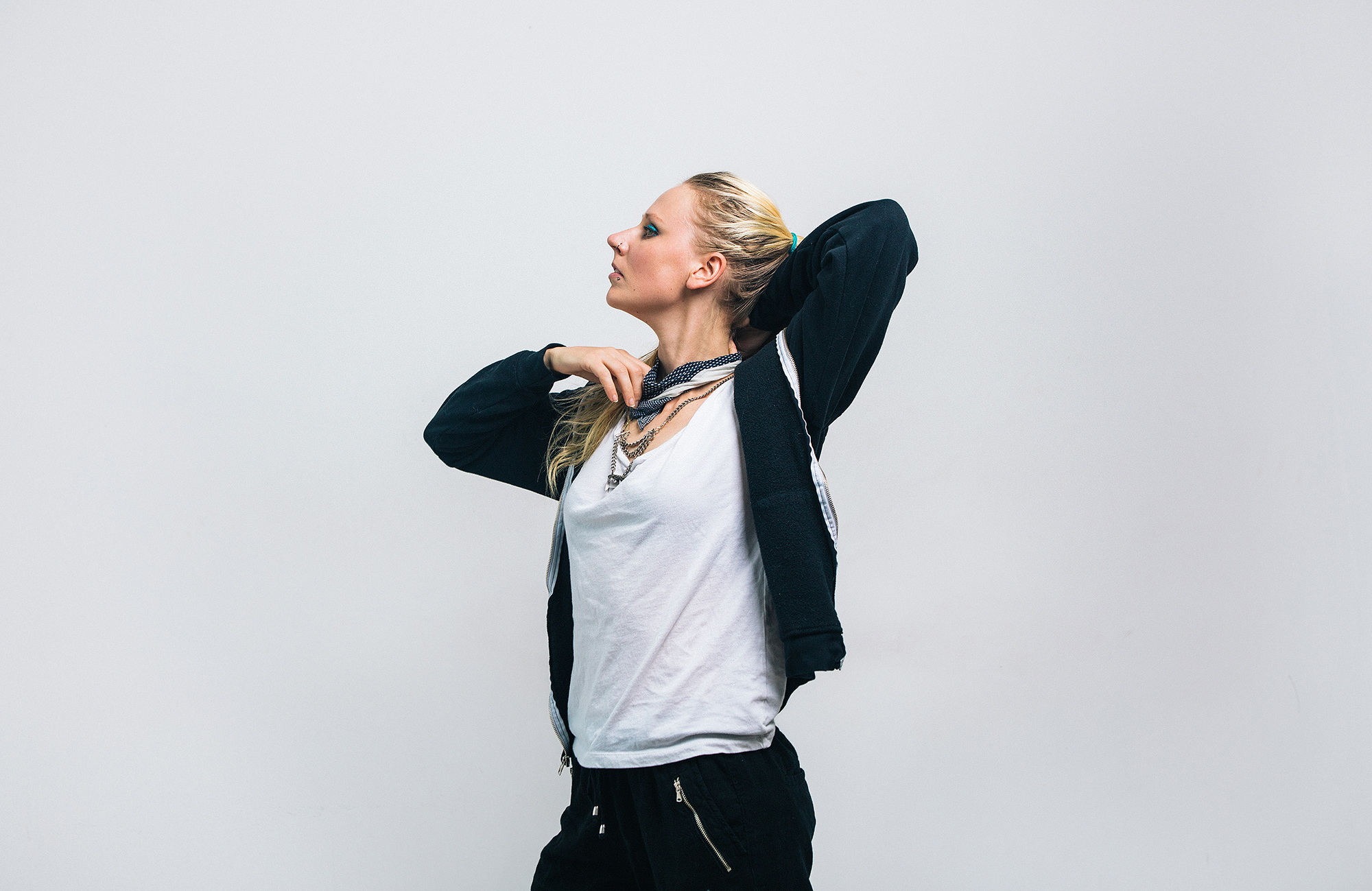 Jill Krasnicki AKA: Animalia started performing music as a bassist at the age of 17 in her hometown of Tasmania, Australia. For 10 years, she played various venues and festivals and toured around Australia, Ireland and parts of Europe, eventually landing in Toronto, in 2009.

Animalia is a dark electronic artist based in Toronto, Canada, producing high-energy shows with live drums. Her music sways with the use of thumping beats and astral synths. Her quirky voice belts out haunting melodies, while she takes up the stage with her aggressively intimate performance.

At the start of 2012, Animalia was born as a dark folk acoustic act and saw the release of her DIY first EP To the Waking, the Shaking and the Volatile. Her second EP A Wave to Wash the World Away, incorporated beats and by the start of 2014, Animalia had left her guitar-based songs behind and had become a fully electronic act.

Animalia worked closely with Brandon Cronenberg (Antiviral) and Karim Hussain (Hobo with a Shotgun) on the creation of the music video for “Stifling”. T

She will release her second album dissonance in early 2016 with the singles “Little Earth” and “Paradise” coming shortly before.