Following the release of Pedro Maia’s first visual accompaniment for Vessel’s recent album Queen of Golden Dogs with “Paplu (Love That Moves The Sun)”, Vessel and Maia set out on a year of touring to support the LP. Across the year, Maia’s visual world, accompanying Vessel’s live show morphed and contorted as the set became second nature, organically finding it’s natural place.

Vessel on “Paplu (Love That Moves The Sun):”

“It was such a pleasure to work with Pedro on this music, and in particular with this piece, which had at the core a poem by the Portuguese poet Fernando Pessoa. Pessoa was a very strong influence throughout the making of this record for me, and I think the whole album is peppered with a kind of Portuguese melancholy. To be with Pedro as a close collaborator, travelling across Portugal whilst filming this material, couldn’t have felt better. Pedro is a great artist, and i’m extremely grateful to have this ongoing, ever-flowering relationship with him.”

As a sort-of celebration for the duo of a year in close proximity, travelling the world, this new video for “Torno-me eles e não eu”, the opening track to the QoGD live set was born.

The video follows explores the love story between the Queen and her shadow and draws inspiration from Portuegese poet Fernando Pessoa’s ‘I don’t know how many souls I have changed’, a work exploring the battle between fate and free will.

Shot in Portugal on Super 16mm, Torno is the last piece of the puzzle within QoGD’s visual world sitting alongside the live show and “Paplu”. Maia translates Vessel’s 2018 album Queen of Golden Dogs into a visually idiosyncratic world, exploring ideas of excess, with echoes of something that is at the same time messy, glorious, thrilling, terrifying, and bigger than us, built up to a point where it becomes almost too much to bear. 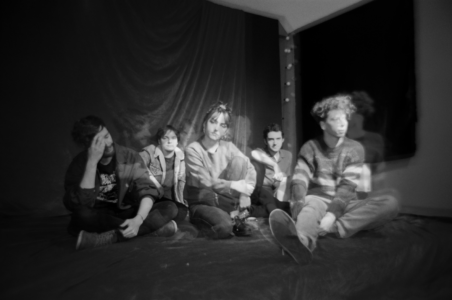