“Our Love Remains” by Alex Izenberg 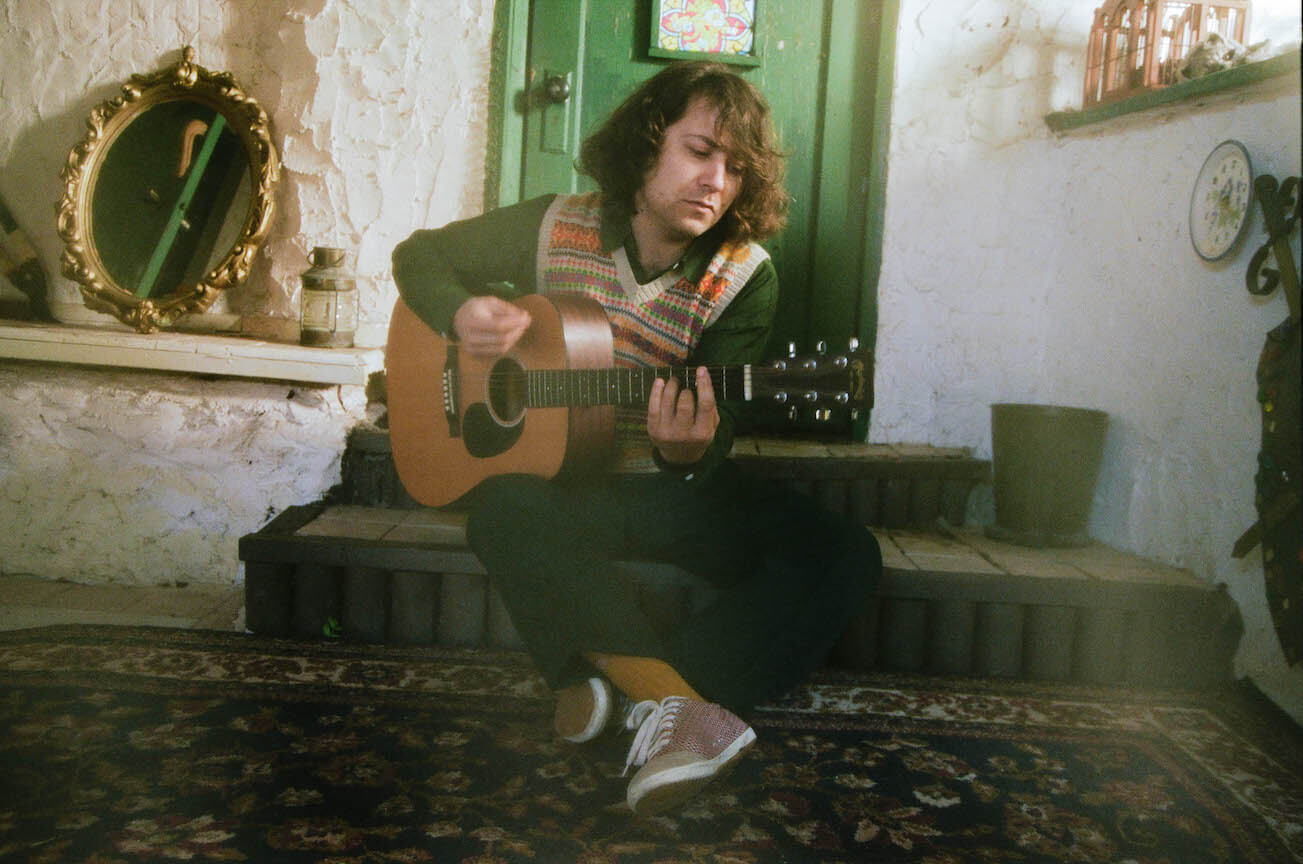 May 20, 2022, marks the release of I’m Not Here, the junior full-length album from Alex Izenberg. A collection of beguiling love songs, tender heartache, despair and confusion, I’m Not Here lays Alex bare, heart on his sleeve, and serves as a peek into the mind of one of LA’s most enigmatic songwriters.

Along with the album’s release release, Izenberg has shared a technicolor, animated video for song “Our Love Remains,” the centerpiece to the ten-track long player. To bring the song to life, Alex recruited Dave Longstreth—the principal force behind the Dirty Projectors—who composed and arranged strings and woodwinds for several of the album’s tracks.

Alex Izenberg on “Our Love Remains”:

“This song was a way of making a light shine in the mere darkness of 21st century life.”

I’m Not Here was recorded at Tropico Studios, produced by Izenberg and Greg Hartunian, and mastered by Dave Cooley at Elysian Masters in Los Angeles, CA, its string and woodwind arrangements—courtesy of collaborator Dave Longstreth of Dirty Projectors

Drawing inspiration from the writer and theologian Alan Watts, who wrote and spoke of life as a drama in which we put on and remove masks (or personas) to fit our moments, Izenberg’s new songs forged pathways toward universal awareness while retaining a sense of playfulness. Shifting between these modes, Izenberg’s songs recall one of Watts’ famous quotes: “You’re under no obligation to be the same person you were five minutes ago.” Tellingly, the cover of the album features the stark image of a mask, a nod to the malleable sense of identity that Izenberg explores on the album. “Above all, my biggest inspiration while writing this record was the idea of the joker, the one who can be any card in the deck,” Izenberg explains.

Open about his diagnosis as a paranoid schizophrenic, Izenberg doesn’t shy away from complex topics in his music: heartbreak, confusion, and grief. Work on I’m Not Here began in earnest following the passing of his dog and best friend Larks, named for Larks’ Tongues in Aspic, the 1973 album by King Crimson, one of Izenberg’s favorite bands. With the world around him collapsing and his faithful companion gone, Izenberg settled deeply into himself and his imagination, looking for escape and reprieve.