Dirty Projectors Guest On Records In My Life

Dirty Projectors Dave Longstreth, Felicia Douglass, and Maia Friedman guested on the May 11th, 2020 episode of Records In My Life. The group recently released the first of their first of five forthcoming EPs entitled Windows Open. The Brooklyn based band talked about many albums that have influence and inspired their musical careers, including titles by The Talking Heads, The Clash, Bjork, Destiny’s Child, and Usher.

Dirty Projectors on Records In My Life 2020 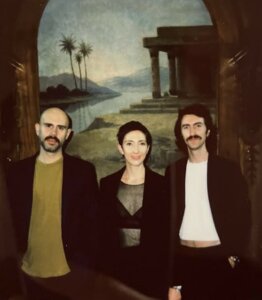