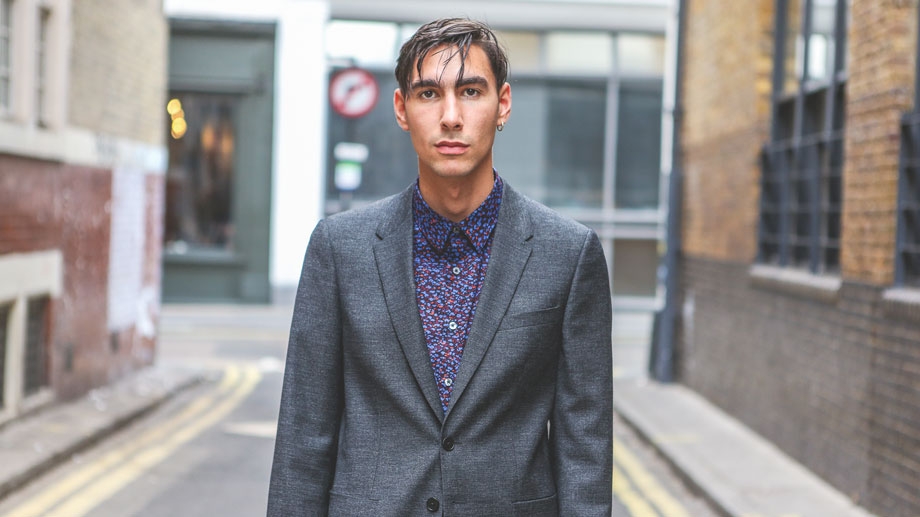 Fast rising British talent Oscar Scheller has announced his first U.S. live dates since the release of his EP Beautiful Words (Wichita Records). The lauded young London troubadour is making stops in Seattle on October 5th, in Los Angeles at Bootleg Theater on October 8th, and in San Francisco on October 9th. Oscar is also returning to New York City and will be playing multiple shows at CMJ (Oct 13-17). More details to be announced soon.

Watch the music video for “Beautiful Words,” below.

The 23-year-old melody-savant has emerged from his messy bedroom in North West London holding a MacBook full of songs. Oscar’s melancholic songs make heavy use of snippets of sampled breakbeats, naughtily broken off from 90’s East Coast rap records (he also loves rap). It’s like he fell asleep listening to Parklife-era Blur, followed by Nas’s Illmatic, and woke up with a gangsta melancholy synthesis boogie. His home spun pop has stuck a chord with music fans on both sides of the Atlantic and “Beautiful Words,” landed him at the #1 position on Hype Machine upon release.

Now signed to Wichita, alongside their current roster of the likes of Girlpool, Slow Club and Cate Le Bon, OSCAR takes his act on the road.