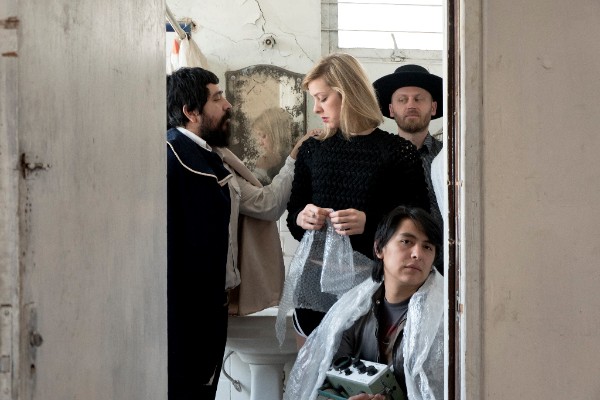 Upon meeting the members of Exploded View for the first time, Anika recalls, “I had never seen such a well equipped synth cave, nor such an extensive 60s, 70s, 80s vinyl collection. All the references lay there, in the most unexpected place; an 18th century back house in the French Quarter of Mexico City.”

Exploded View was unveiled by US Label, Sacred Bones right before SXSW with their debut single “No More Parties in The Attic” that’s laden with an enticing no-wave, post-punk sound, layered with distorted guitars and ominous drones. Anika made her world wide debut as she worked with Geoff Barrow and his band Beak> on her self titled debut LP released to critical acclaim on Invada/Stones Throw.