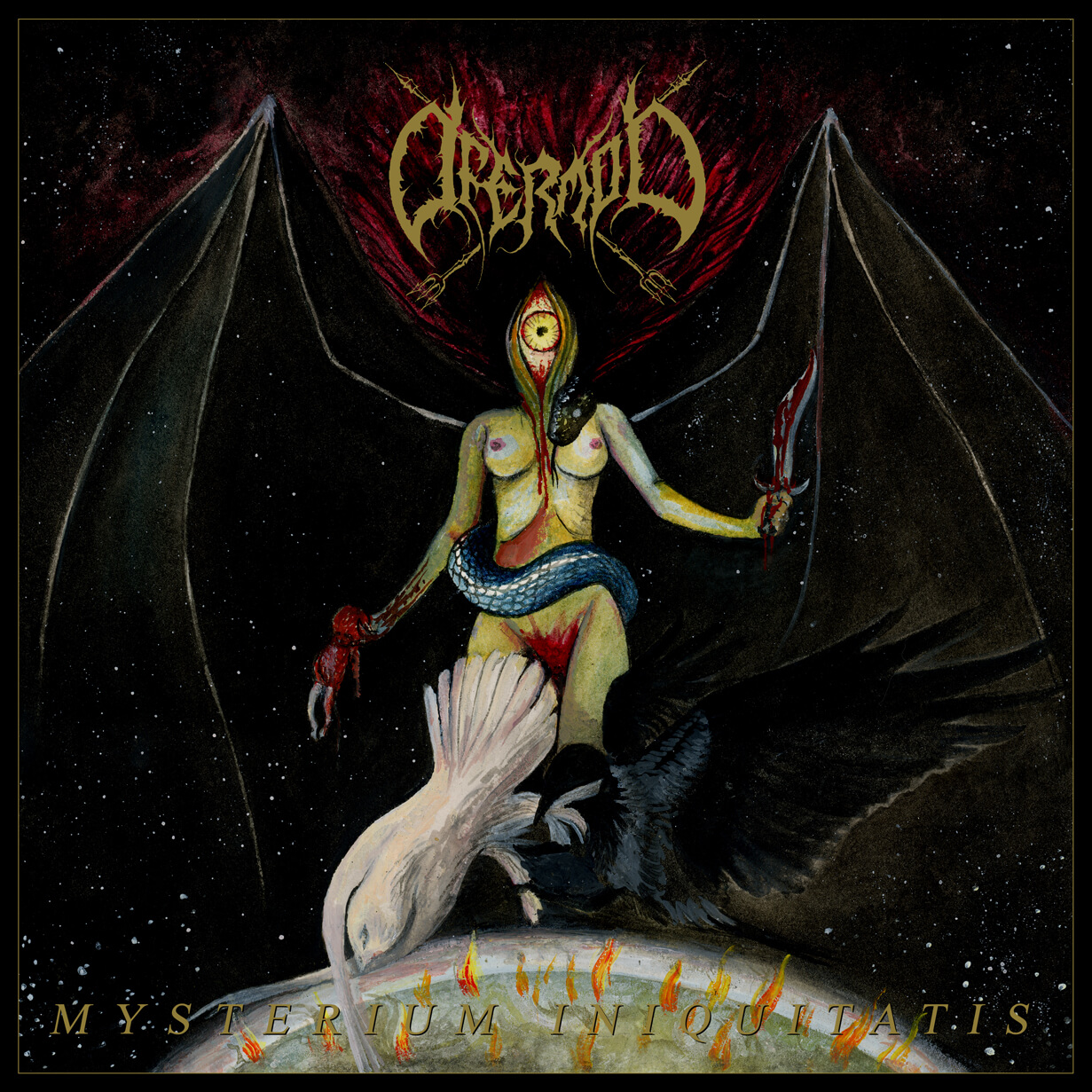 Ofermod is credited by many for starting the orthodox black metal movement alongside peers Malign and Funeral Mist. Their 1998 EP Mystérion Tés Anomias, was hailed as a masterpiece on its release and became influential to many bands. It would be ten years before follow-up Tiamtü was released. An album entitled Pentagrammaton was recorded in 2005 but did not see a release until last year. My expectations were high for this new album as Pentagrammaton became one of my favourite releases of 2020.

Mysterium Iniquitatis also reunites Ofermod with producer Magnus “Devo” Andersson with recording taking place at his Endarker Studio. The overall production of the record is similar to much of his past work. Fans of Swedish black metal legends Marduk will recognize his tone immediately as he also handles bass guitar duties. The album opens with the title track wasting no time in bringing back the melodic but aggressive songwriting for which the band is known. The song also features the talents of three session vocalists who add an epic-sounding choral vocal to the track. It’s a sound that Nebiros has utilized in his other band Malign, and though Ofermod has also previously used this element, it’s never sounded as grandiose as it does here. When they reappear on the next track Inax Ya Lil, it’s in conjunction with sections of blasting drums and creates a strong dynamic making the track one of the highlights. The rest of the album is consistently strong, if not as immediate as the two opening tracks; the type of songs that can grow on the listener with repeat listens. It would be hard for the band to have the same impact as their earlier material. The raw ferocity of their initial output is unmatched by most. The real highlight of this album is the reunion of Nebiros and Belfagor.

While many of the guitar motifs on the album are conversant to seasoned black metal listeners, the execution is what counts. Ofermod displays a devotion to their concept along with great compositions. While I feel Pentagrammaton is their magnum opus, Mysterium Iniquitatis is one of the better albums in the Ofermod discography thus far.