“Nothing in Particular” By Afternoon Bike Ride

Ahead of the release of their new LP glossover, Montreal band Afternoon Bike Ride have shared a video for album-track “Nothing in Particular.” glossover drops on February 10, 2023 via Courage/Friends of Friends.

While initial stems and demos were emailed back and forth, the group put the finishing touches on glossover while in a cabin in St. Donat, Quebec. “We’ve been pegged as three separate entities,” the band says, “and for this album especially, we really felt as one unit writing and creating for ABR and nothing else.”

On the track, band-member Lia shares: “This song explores mixed up emotions about caretaking for my dad, where on the one hand all I want to do is spend time with him and cherish where he’s at and on the other hand it’s challenging my sense of self as someone in my twenties who shouldn’t have to be burdened with this responsibility. There’s an element of guilt for any resentment that I feel which is why the song starts with “I’d never want to make you feel I’m haunted by what I have to do to keep you well.” It’s also nostalgic for how we used to spend time together goofing around, exploring, having interesting conversations on life and the state of the world. I’m in a cycle of frustration and grief, one leading into the other leading into the other. I become frustrated with his lack of autonomy and then I grieve who he used to be. I grieve the freedom I’ve lost as a young adult and then I’m frustrated for wanting to be selfish while my dad needs help. I try to keep in mind that I have to appreciate what we still can do, which is still living through days, going for walks, and enjoying the weather, laughing with and at my dad. Maintaining a sense of humor helps to cushion the heaviness of the situation.” 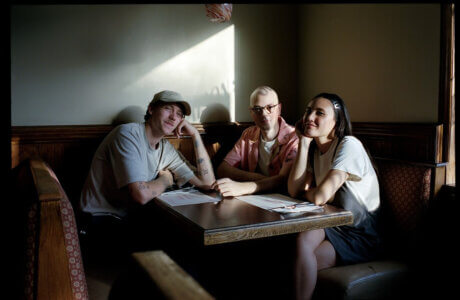 “Not Ideal” By Afternoon Bike Ride