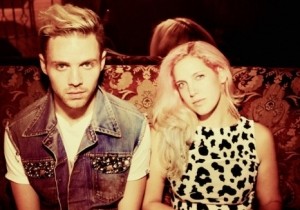 Northern Transmissions talked with MSMR about a number of interesting topics, including their recent experience on Letterman.

NT: Can you tell me a bit about your interest on how music transcends and influences art forms?

MSMR: We obviously consider ourselves to be musicians first, but we’re both extremely visually oriented. As a band releasing music on the internet, we found that we needed to create a multi-dimensional artistic identity that incorporated music, visual art, performance and fashion. We strongly believe there is no illegitimate interpretation of art and we’re always interested to see how other artists take what we’ve created and put their own spin on it. The more multilayered and interdisciplinary the project becomes, the more we have to pull from for inspiration…we’d love to keep branching out in new mediums like film scoring or music for dance.

NT: How did these influences inspire Secondhand Rapture?

MSMR: While working on the album we spent very little time talking about influences, so it was only after we started doing interviews and looking back that we could identify themes that run through the album. We’re fascinated by the idea of mediated experience and the way the internet provides simultaneous access to multiple worlds. This lead to our collaged aesthetic, which allowed us to pull from many genres and styles while writing. We consistently found that we’re inspired by the combination of unexpected elements – the places where the seams of different ideas don’t quite meet up were the most fertile places for new ideas.

NT: You guys are huge fans of Game Of Thrones. How excited were you to have one of your songs on a trailer for the show?

MSMR: SO excited – we’ve quite a few opportunities to have our songs in tv shows, but Game of Thrones is both of our favorite, so it was a dream placement. The song worked so well for the trailer, they edited it perfectly, and on top of everything, 20 MILLION people watched it and heard our music!

NT: Keeping on the subject of television, you just appeared on Letterman. What was the experience like for you guys?

MSMR: Surreal haha. We filmed in the afternoon and went directly to Philly to play a show, so we ended up watching from a dive bar across the street from the venue. It was pretty bizarre to watch ourselves on television surrounded by strangers, truly an out of body experience. It was more nerve racking watching it than it was performing!

NT: Chvrches remixed your song Hurricane. Were you guys nervous or excited to hear what the outcome would be?

MSMR: We love hearing remixes – we’re very proud of what we’ve created, but we’re not precious about it and are always curious to hear other people’s interpretations of our music. We’re big fans of Chvrches and knew they would crush it, but we were blown away by the result…definitely one of our favorite remixes ever! It’s pretty much our Whitney Houston dreams realized haha.

NT: Which five albums are still inspiring you guys these Days? (ADD AND SUBTRACT AS YOU WILL) 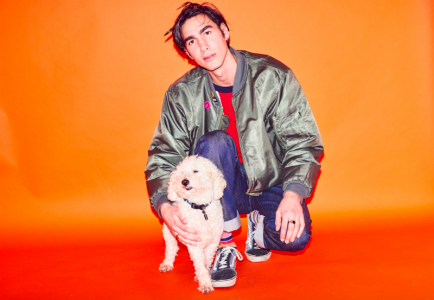