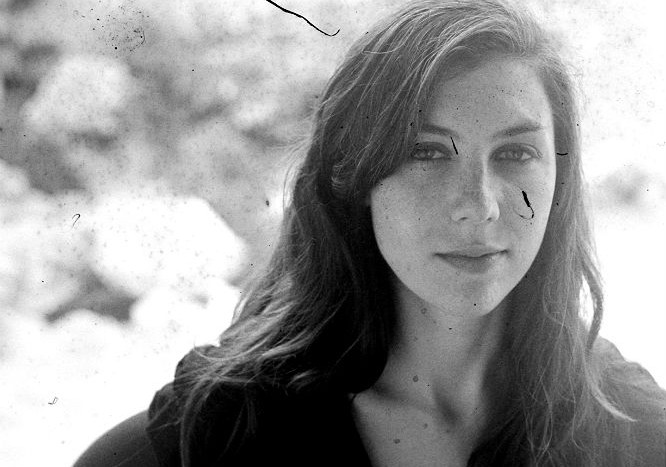 Julia Holter is one of the most interesting singer-writers out there today. Northern Transmissions caught up with her on the eve of her North American tour. Her album Loud City Song is now out on Domino Records.

NT: Loud City Song is your third album in as many years. What’s been inspiring you so much?

JH: Well, it’s really all what I want to do. I definitely don’t want to find regular job. The songs were actually written over a few years, it just happened that I released the albums three years in a row. I have been making music for a really long time. Every song and album has a completely different inspiration. On the new album, I was completely inspired by the novella “Gigi”, which I have admired for quite a long time. So the songs kind of came naturally to me.

NT: “Gigi” comes out in the theme of Loud City Song. The songs touch on young women being groomed superficially for a celebrity-like society.

JH: When I was writing, I was thinking of stories from the past, and how they translate today. Society is very interested in famous people and celebrity romance. This interest also existed way back in history. I really was trying to show how celebrity woman get portrayed in society, and how they compare in different eras.

NT: The album is a bit more intricate musically than previous albums. Were you looking to move in a bit of a different direction?

JH: I think that every music project I do, I approach differently. It’s a bit more difficult to explain with this album. The album is a bit more dramatic. The vocals are definitely more up front this time. The studio really put quite a bit of care into making the album. Cole Marsden Grief-Neill mixed and produced the album, which is why the album sounds like it does.

NT: You have talked about your hometown of Los Angles in previous interviews. What’s it like for a songwriter to live there? It seems like it could be a little isolated, with so many people trying to make it on their own.

JH: It is definitely both a public and private place. You can really choose what type of life you want to live. For myself, it’s really a private place. I think that the city really reflects the songwriting world. I really enjoy living in L.A. There are also so many options geographically, it’s close to mountains, waters, canyons. There is always something going on in the arts world, the scene is so vibrant. I also live in an area where I can just walk everywhere, and that’s really great.

NT: You come from a bit of a musical background, Your dad played with Pete Seeger. You must have been exposed to some pretty good music as a kid.

JH: My dad only played with Pete Seeger once. He really didn’t have time to focus on music. He was really involved with labour unions and laws. My parents are both historians, so there was not really a musical background there. I really developed an interest at a young age. At eight years old I knew that I wanted to sing and play piano.