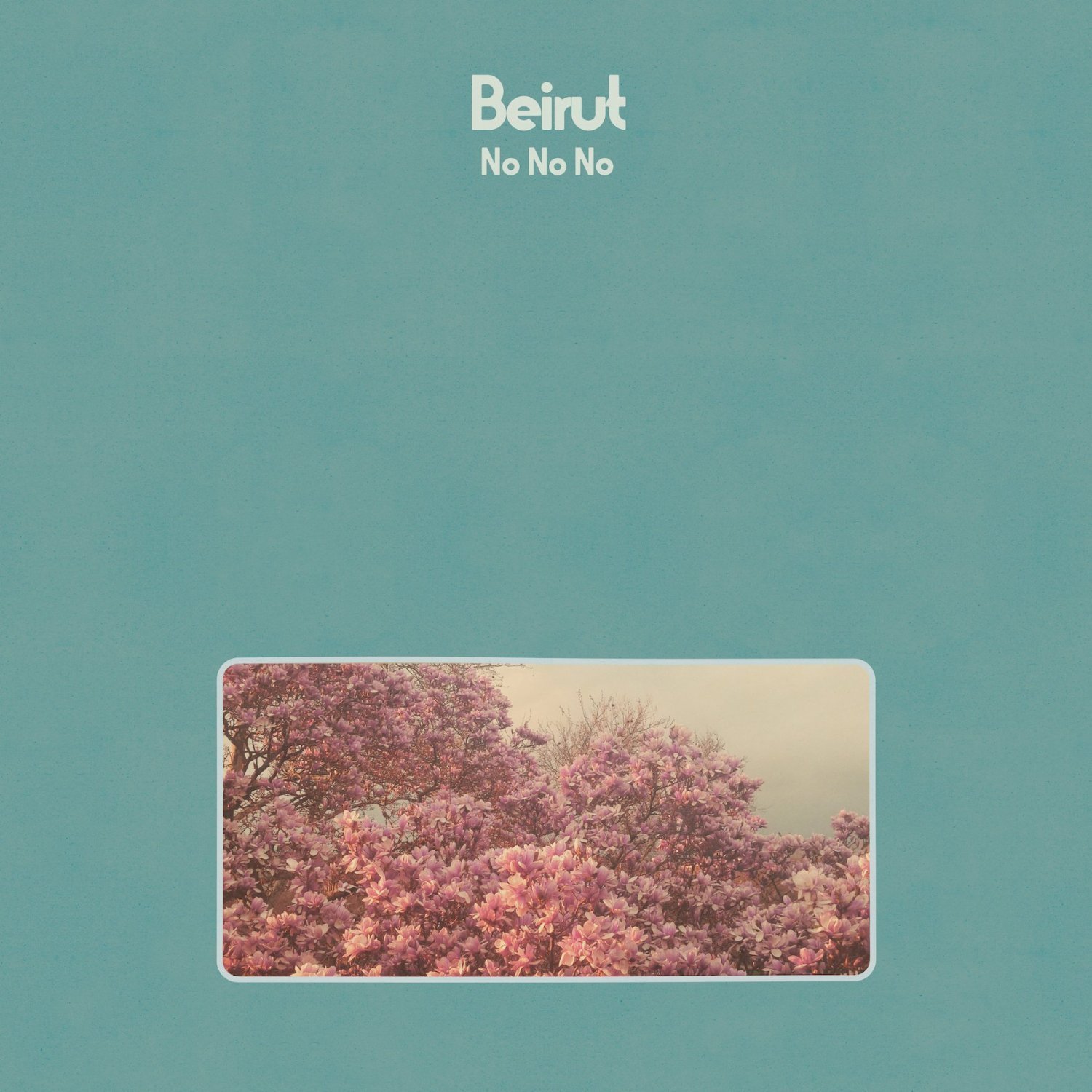 Beirut’s No No No marks the much anticipated return of songwriter Zach Condon’s indie folk project, after a 4 year album hiatus. Recorded in the fall of 2014, the release will be followed with a fall tour through Europe and North America. With a playing time under 30 minutes, No No No is succinct and melodic, but feels a bit light, maybe in part due to the constraints of writing while juggling tour commitments. A shorter offering, No No No is overall more upbeat than last album Rip Tide, showing another development in Beirut’s eclectic sonic explorations.

We got a taste of what was to come with the mid-August video release of opening track ‘Gibraltar’, which opens with sprightly horns and keys and a circular arrangement. Following is the title track and the highlight of the album. No No No is energetic, propulsive; if only the rest of the record had followed suit. Third track ‘At Once’ is warm and experiential, with brass tones drenched in a nostalgic tonal dreamscape. Unfortunately it doesn’t match the promised energy of the previous song. Contemplative and downbeat, it lags despite its charm.

Songwriter Zach Condon’s style has been referred to as indie, Balkan, chamber, folk-electronica, even world music, but none of the category-mashups capture the esoteric and magical essence that Beirut brings. Condon is a melodic vagabond, taking influences where he finds them; Eastern Europe meets Mexico by way of a Fellini film. Fellow travellers Arcade Fire, The National, Sufjan Stevens among them, also look to influences outside pop tropes, and Condon finds his way again with ‘August Holland’, blending flute, strings and more bass.

‘As Needed’ is an esoteric instrumental interlude, an unusual choice in an album as short as this one, but whimsical and engaging nonetheless. There is something fleeting and ‘lonely together’ here, melodically eloquent yet unspoken.

‘Perth’ is upbeat, following an exploration into funk-influenced American pop, expanding the palette beyond piano, ukulele, horns and violin that were his trademark sound on the 2006 debut Gulag Orkestar.

‘Pacheco’ dials back the energy, a pretty but languid daydream, carefully crafted but feels somehow a bit controlled .

‘Fener’ blends synth texture with Condon’s recognizable voice, rich yet with hints of cracks just beneath the veneer.

All in all, not too much of a departure of what we’ve come to expect from Condon, No No No is positive, bright and unclouded, Beirut’s most energetic to date. Uneven in places, No No No still delivers what a Beirut album is known for: melancholy, a sense of longing, infused with hope and joy for the journey.