Big Ups have announce an upcoming tour with friends and fellow Brooklyn punks The So So Glos. Recently completing a month long European tour, the well-traveled band will be making their way up and down the East Coast for the second time this year in support of their recently released sophomore LP Before A Million Universes.

Big Ups’ second LP, Before A Million Universes, is at once a fist in the face of complacency and a sonic affirmation to, in Walt Whitman’s words, “let your soul stand cool and composed before a million universes.” Pretty heady subject matter.

Joe Galarraga (Vocals), Amar Lal (Guitar), Carlos Salguero Jr. (Bass), and Brendan Finn (Drums), met studying music technology at NYU. Five years later, the city’s notorious crucible of garbage, money, and humanity has had a profound and delightful impact on their art. “Tell me what you’re worth / Salary, two weeks off work?” Galarraga screams on “Capitalized,” as the bassline frantically roams our conscience like a wet-nosed dog. Galarraga’s vocals burn with the heat of a thousand day jobs.

The album’s emotional and musical core lies in “National Parks,” a song Galarraga wrote as a tribute to the sacrifices his mother made to raise him. We’re led through the anger and bewilderment-at his mom’s solitary walks through their neighborhood and the selfishness inherent to childhood-and into a coda where you can almost see the sun streaming through the trees of Galarraga’s park, drums steady and swelling, a transition in tone and mood that this band has nearly perfected. “I think I saw her say to herself / This is everything I’ve missed.” 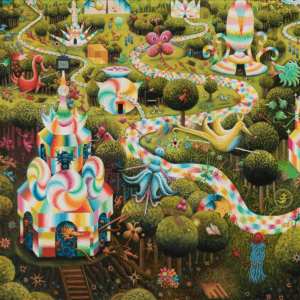 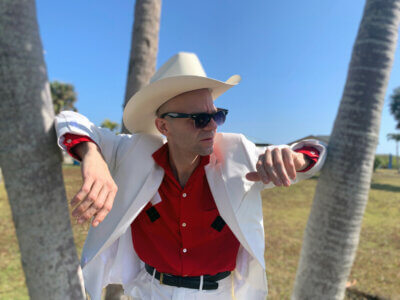 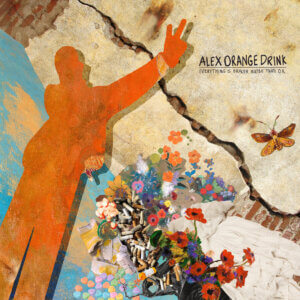 “How High” By Alex Orange Drink