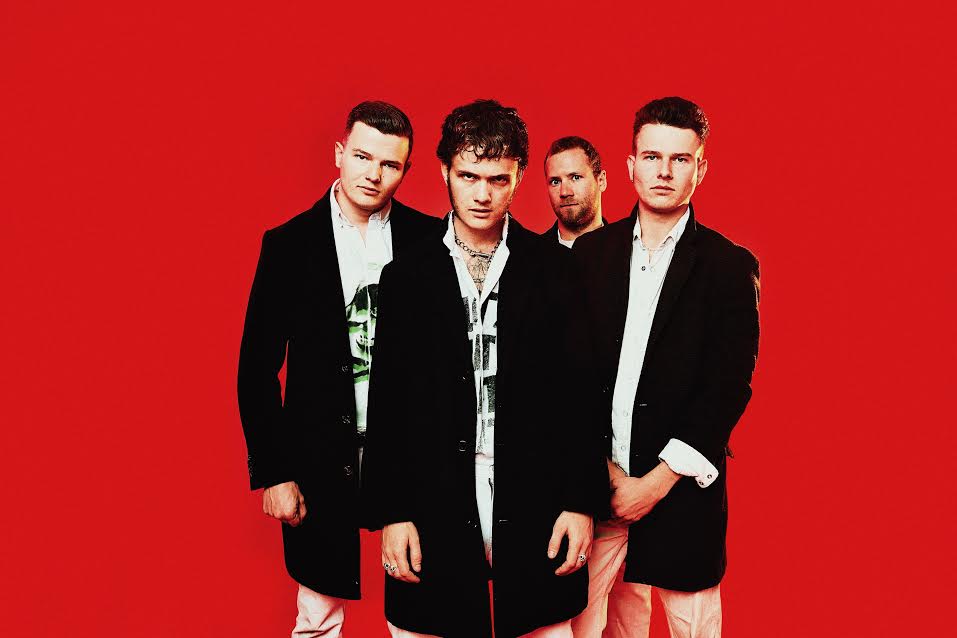 Blackpool’s Strange Bones have released new single Napalm Über Alles,” “Napalm is about our reliance on algorithmic happiness and the negative effects of building ourselves cyber space utopias in the palm of our hands, a contradictory escape from bleak realities. Take it as you want. Paradise napalm über alles. Back into your dream world with Alice”- Bobby Bentham, vocals

The track is off their forthcoming EP Blitz Part 2, due out February 28th. The album, succeeds Blitz Part 1, released earlier this year. It features creations from vocalist and tattoo artist Bobby, bassist and artist Will, alongside collaborations with northern video artists, and London Rapper Bob Vylan.

“Blitz is a commentary of 21st century life,” explains Bobby, “The hyper-normalisation of modern society, our reliance on self medication and self-built technological utopias in a world of accelerated modernity. Life and death in Blackpool UK”

Consisting of brothers Bobby (vocals, guitar), Jack (guitars) and Will Bentham (bass), and lifelong friend Stuart Newburn (drums). Strange Bones collectively grew up on a diet of punk rock, with their parents being one of the first to film punk gigs to VHS tapes under the name Jettisoundz/Visionary (distributed by Rough Trade, and eventually bought out by Cherry Red records). Hypnotised by performances from the likes of Black Flag and UK Subs, the sense of community combined with blistering energy is something Strange Bones endeavour to recreate at their notoriously ferocious live shows. Highlights include support to Frank Carter and the Rattlesnakes, Yonaka and Cabbage, alongside Reading and Leeds, Isle Of Wight, Download, TRNSMT and 2000 Trees.

“I grew up on everything from Black Flag to The Meteors – my parents saw to that. It was when I was leaving high school I began playing about with electronic music, mainly jungle and dubstep. I moved to Leeds a few years after that and started producing and DJing electronic music, and eventually started toying with the idea of mixing the punk with the electronic. It’s taken years to get here, but here we fucking go!

I hate the phrase ‘guitar music. It’s not dead, its not breathing, its just fucking music. Everything that once was, will be again, in one shape or form. Ever since I started writing music, I’ve always loved the idea of exploring every single back alley I could. A korg prodigy or a matchbox guitar… If I can get a mad sound out of it, I’m going to use it. Jungle to blues, acid to punk, its just fucking music”