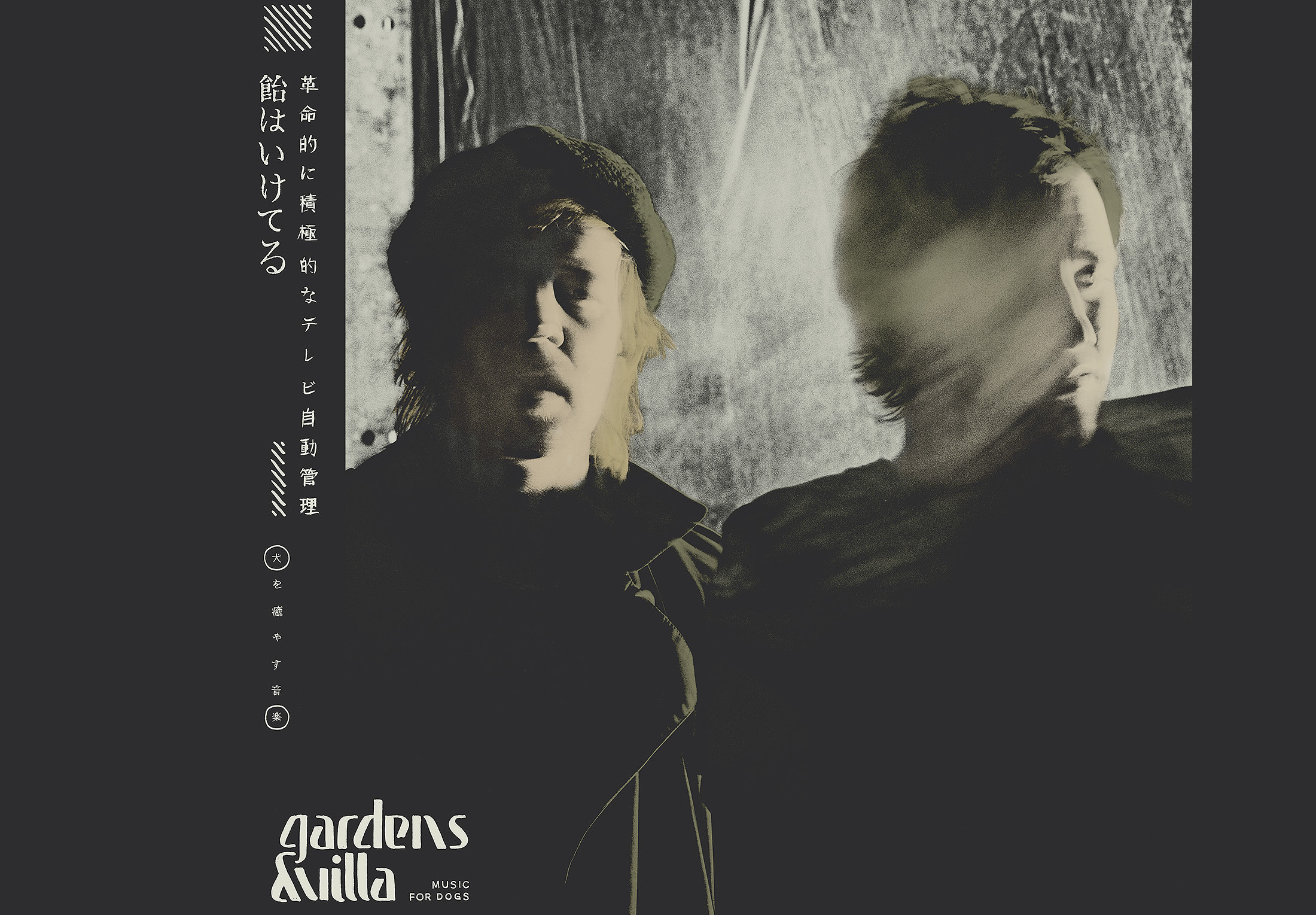 For Gardens & Villa songwriters Chris Lynch and Adam Rasmussen, their new output emerges from a return to a creative center, apparently summed up in the quote “Work is art is life is work is art…” from a film about designers Charles and Ray Eames. Music for Dogs, the new album which is out August 21 on Secretly Canadian, dances along and decorates this spacious idea of art and life and work meshing together.

They’ve taken over and renovated a warehouse space in LA, and called it Space Command, where they share creative energies with other artists. Perhaps that artistic ferment is what makes the album sound like nothing else around, this wish to create rather than repeat. Having said that though, there’s a lot here that is reminiscent of days when electronically infused music meant looking for new sounds and boundaries to cross, without losing sight of a detailed, almost classical approach to construction. With producer Jacob Portrait at the controls, Dusty Ineman on drums, and Shane McKillop on bass, Lynch and Rasmussen have built an album, that like the band’s name, promises pleasure from both intuitive nature and planned civilization.

“Fixations” which is the first single, maybe touches upon a yearning for integration and release from the sham of striving after what you don’t want anyway. “My whole life fixation/See if we can make it underneath the radar,” both crystal pops and gravel grumbles out the chorus, dividing the line with a change in sound, punctuated by percussive keyboards. It’s a song that could be listened to at any time of the day, amazingly adaptable whatever the weather, with its clever chorus and vaguely Bowie-esque sharp attitude to tempo and arrangement. The music slips around the air, listenable yet complex, catchy without ever once becoming irritating. That doesn’t mean it’s not addictive though.

From the rising and falling of the intro to the hyperactivity energy of “Maximize Results”, it’s clear that Music for Dogs isn’t business as usual.

“Everybody” mixes up a sense of theatrics, prog-rock hints and words gliding into a swirling surround “everybody wants to know you no one cares who you are” that becomes a piano section, the change in tempo shining a different reflection on every other section of the song. That rolling piano sound is very moreish. More!

“Alone in the City” produces a slightly new wave keyboard energy. Starting out with the lyric “Stay away from me tonight” moving through a story steadily until the high notes of the vocal switch it into a very modern sonic platform. Percussive, with sound effects at the end reminding that music can incorporate sounds rather than only volume.

“Express” feels very new wave with buzzy bursts of sound over the keyboards.
“Happy Times” – and you might expect this, in the way of irony, to be unhappy. And so it is. Beginning with a moody glass and electro sound, the treated vocals come in mixing with the guitar for a European film feeling. “Waiting for the sun to come up.” A film fest of troubled love.
“Jubilee” is able to fuse self-conscious invention with the electronic pop flourishes at which they are so skilled. “East side girls on the western edge” could be a wave to the Pet Shop Boys. But these songs are ragingly independent. By the time the album fades out, there’s no doubt that Gardens & Villa are no one else than themselves.

It takes a deft hand to mix electronic experimentation with tight rhythms and a desire for well-crafted songs and gliding vocals. Gardens & Villa pull it off. What’s brilliant is the sense that someone actually has ears here, and has thought about what is sonically possible and how that sensibility informs a layered vision of complementary textures. Sometimes, maybe, they try too much, but that’s not really a fault, is it, in this day of loud and/or lo-fi, or inane lyrics over a
chorus designed by people who run solitary confinement.

Gardens & Villa sounds like itself, and Music for Dogs stands out, ears above the crowd, tail wagging. In the hailstorm of music that’s available, that’s no small achievement.