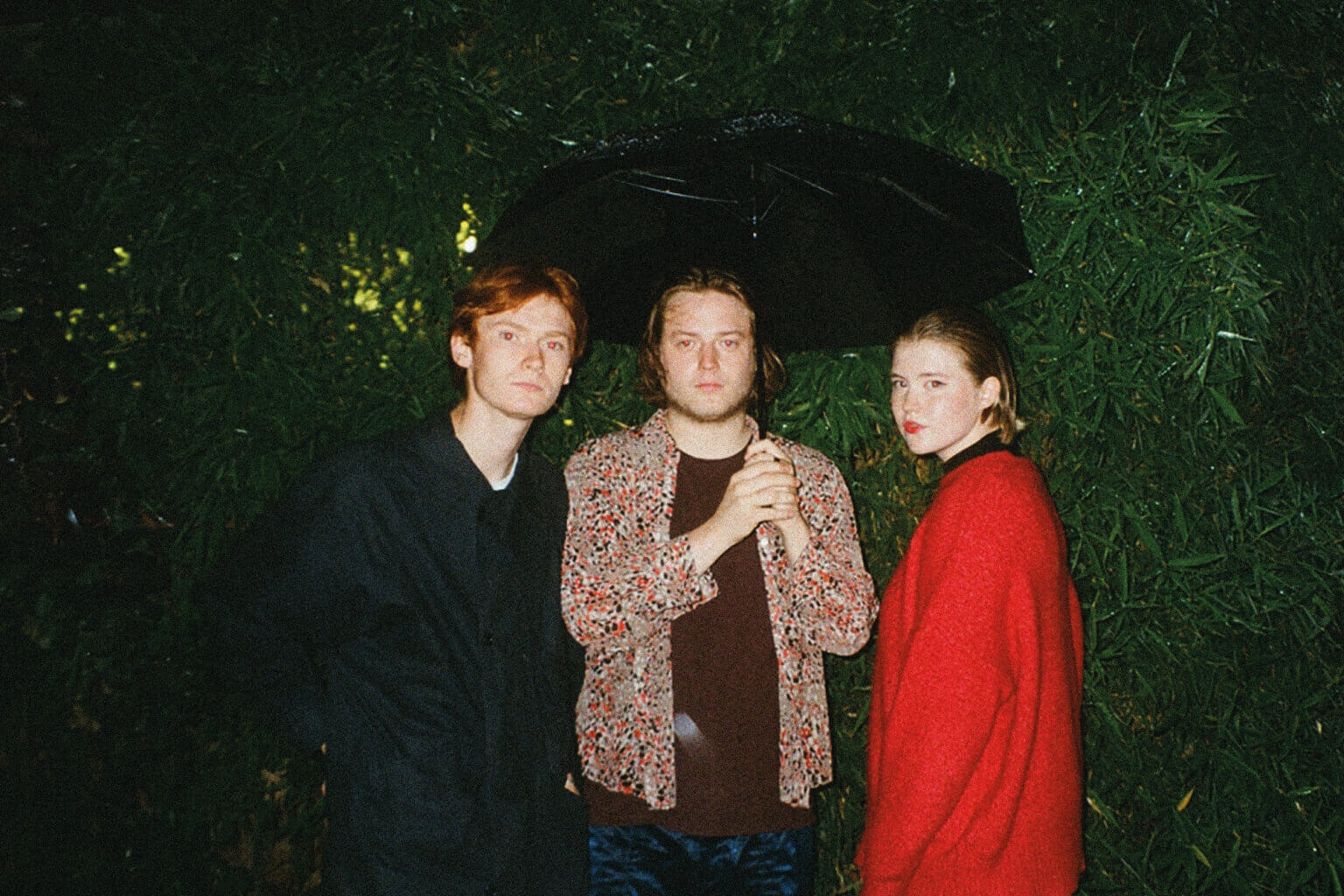 Mura Masa is excited about his recent collaboration: “I’m a really big fan of PVA since hearing ‘Divine Intervention’, so when they very kindly let me hear their new music I jumped at the chance to put my own twist on Talks. I think they’ve got a very refreshing take on a very classic sound so I tried to do a similar thing with my remix.​”

PVA initially formed in the aftermath of a house party in 2018 and the three-piece have since earned a fearsome reputation as one of the capital’s premier live outfits, garnering hardcore support before even setting foot inside a studio.

In a time of uncertainty for live music, the band’s studio prowess is jubilantly now coming to the fore. The group meld industrial miasma, new-wave, post-punk and a focused pop swagger in one pungent multi-genre cocktail, which has won them fans up and down the country, as well as recent support slots with the likes of Squid, HMLTD, Dry Cleaning and The Orielles.

‘Toner’ is only PVA’s first EP, but it teems with excitement. Never for a minute does it sit still, skipping between ideas with instinctive ease, bringing to light a broad palate of sounds and influences. Notably, on Mura Masa’s remix, Harris’ previously inconspicuous line “the best is yet to come” is reluctantly brought to the front.

Lynx also created a new visualiser to accompany their remix. Speaking on the track and visuals they said: “With this remix I was going for likeBritney-concert-in-outer-space-on-DMT vibes. I tried to create this weird contrast between a mega-poppy, catchy, hard chorus and these ethereal, icy, super minimalist verses. And then for the visualiser, I was going for the intro of Benedict Cumberbatch’s ‘Frankenstein’, except instead of learning how to walk he’s learning how to dance. Bloody loved making both and can’t wait for people to hear my chaotic take on this amazing tune.”​