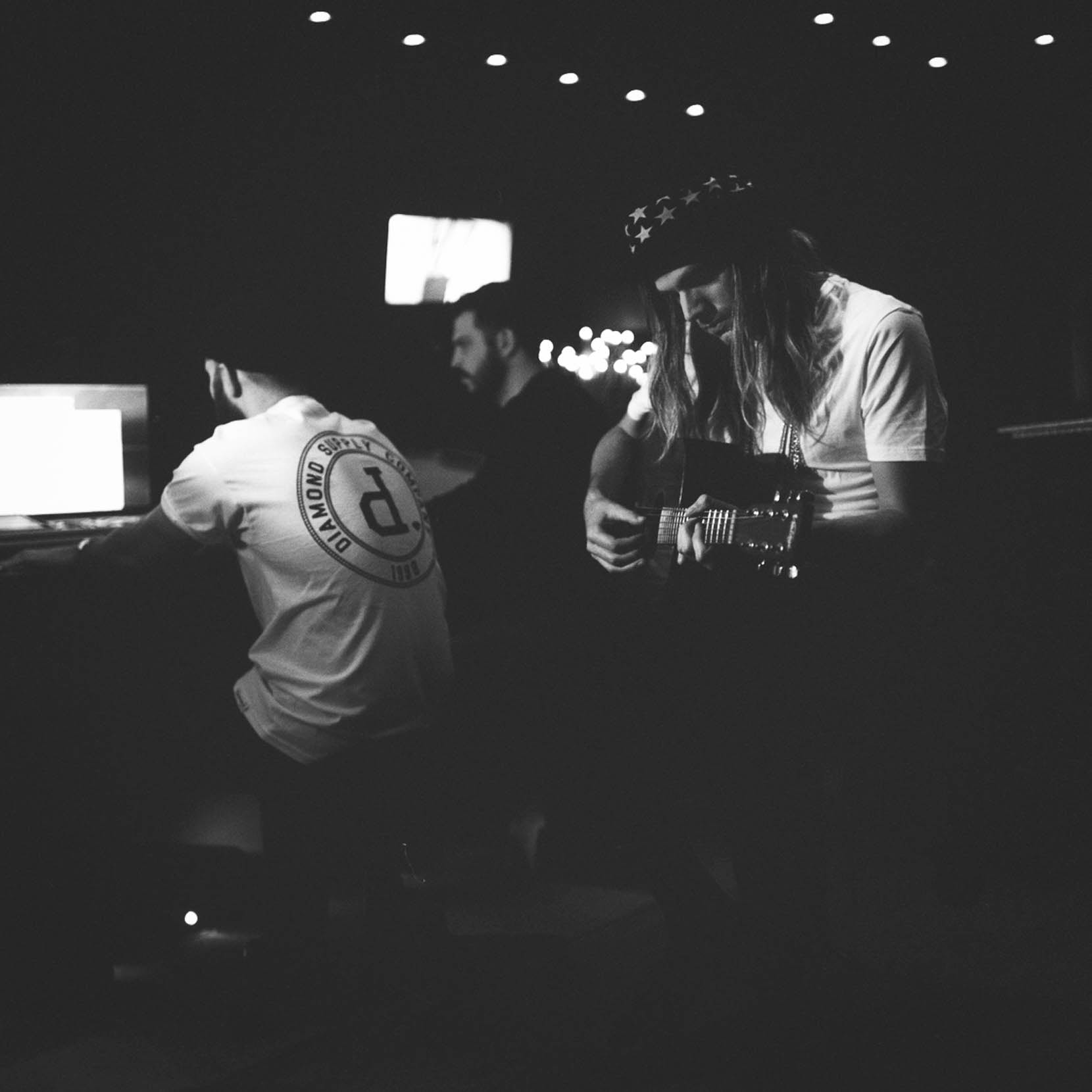 Mr Sanka have premiered “Midnight Air”, the thrilling second half of their debut, double-A-sided single for Beat Club / PMR Records. Side one, “Flight Mode”.

“Midnight Air is a song about desperately keeping a flame alive

The first thing you need to know about Mr Sanka is that he’s not French. He’s also not a “he”. Pulling from three diverse life journeys, Mr Sanka flourishes with a cosmopolitan diversity that belies nationality. Dutch singer and visual artist Nick van Hofwegen, together with London-based producers Mus and Murray, found each other by chance when they were all working in Los Angeles. They immediately hit it off, drawing on their mutual love of classic-era 60s and 70s pop (Supertramp, Paul Simon), French House (Daft Punk, Phoenix), and soon formed a band which was pitched somewhere between the two.

The long-haired leader of the pack is singer Nick van Hofwegen, who you might recall as frontman of music-meets- art project Young & amp. Young & Sick has already earned Nick a fan (whom he’s designed artwork for) in touring buddy Chance The Rapper. Nick’s an artist in the truest sense – his music is so vibrant and visual because it’s the brainchild of a trained graphic designer, who fled a small village in The Netherlands to explore Berlin, before spending a few formative years in London, Brooklyn and winding up in LA at one point with just $100 in his pocket. In Mr Sanka, a band named after a character in Cool Runnings, he’s gearing up to win the race.