UK band Holiday Ghosts, recently announced their singing to FatCat Records, for the release forthcoming LP North Street Air. Along with the news, they have shared the album’s first single “Mr. Herandi.”

Holiday Ghosts, are Katja Rackin and guitarist Sam Stacpoole, are influenced by the sounds of The Kinks, Violent Femmes, Alex Chilton and Modern Lovers as a backdrop onto which they deconstruct a myriad of social issues. Themes of breaking out of moulds and expectations whilst addressing displacement, disillusionment, and living in the midst of heavy advertising and commercial landscapes, spider their way through the new record.

Drummer Katja Rackin comments: “I was introduced to issues of social inequality at a really young age because my parents were political refugees and got me involved in debates and conversations that allowed me to question my surroundings and society. Outside of music I do a lot of writing in response to current social issues. I think my music does this in a more inward sense, and is often rooted in metaphorical themes of deconstructing pre-conceived ideas, and naturally becomes a way for me to place myself within the surroundings that I’m so often critiquing.”

Guitarist Sam Stacpoole adds: “This song started out as a joke / folky country song I wrote almost on the spot. Just looping the chords and commenting on ways it felt like an unfair deal with our Landlord/ Tennant situation. The landlord is taking the stance of being completely oblivious to the standards of what he’s paid large sums monthly for whilst living abroad.

All the lines are directly factual to the situation we were in at that point and his name really is Mr Herandi. We also recorded it in his house which was directly above his letting agents.” 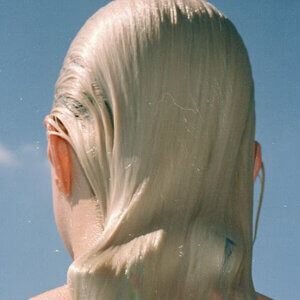