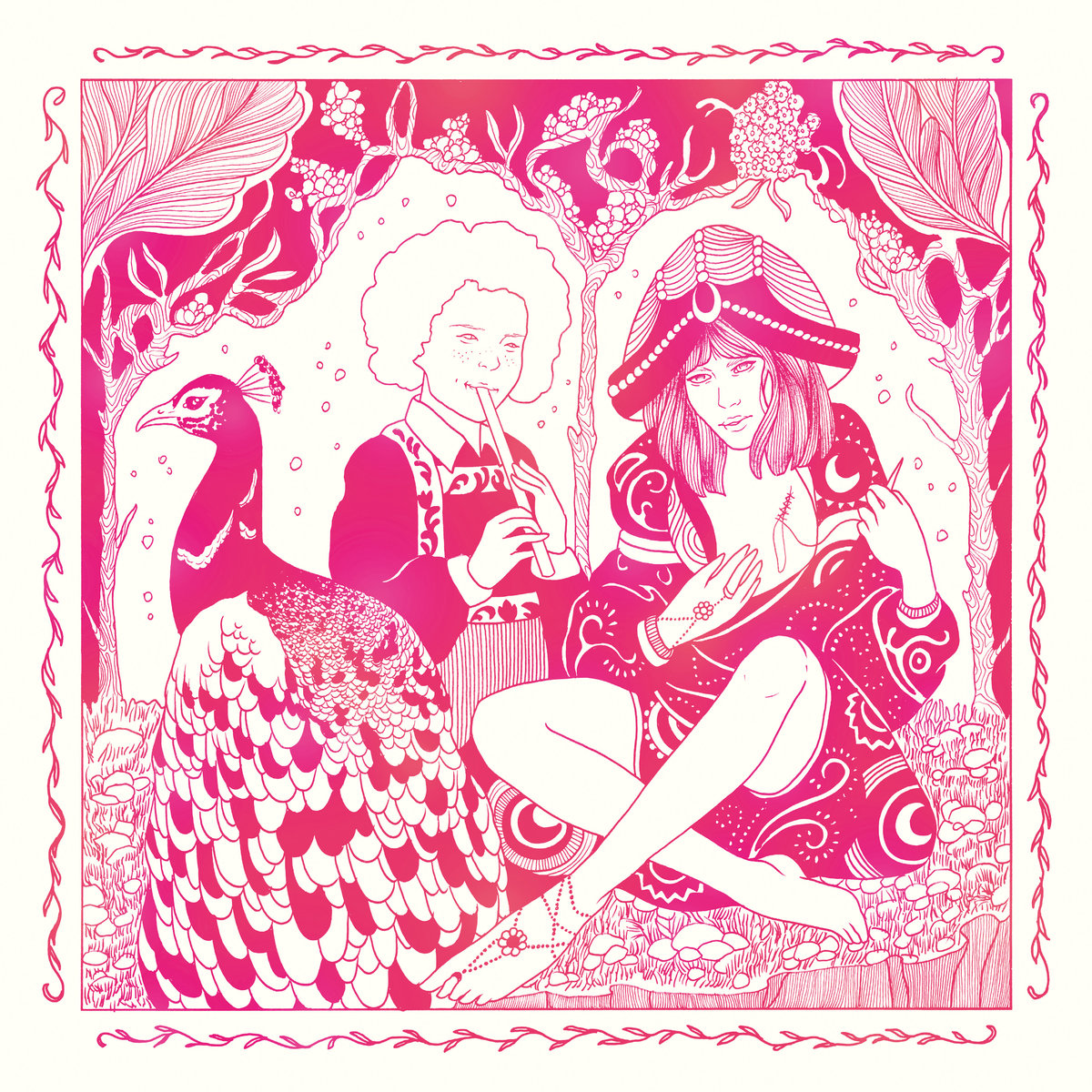 With her last album out in 2012 and an accident it’s been quite the wait for new music from Melody’s Echo Chamber (aka Melody Prochet), so what does she bring this time around? Tightening things to a shorter selection of songs, Prochet assures that each song is top-notch, while still pushing expectations. With all the strange places this album goes on top of what you would want out of her writing, this is Prochet at her most ambitious but strong, so here’s hoping to her good health and less of a wait for her next release.

With lush guitars and a beautiful swirl of strings “Cross My Heart” brings Prochet’s classic mesmerizing swirl of hooks layered vocals. Though it seems like a minor detail, Prochet’s enunciation is notably stronger in English on this record, in the way that you don’t really feel her swapping between languages as a jarring change anymore. It’s the explorative writing however on tracks like this, even going into hip hop at times, that has Prochet really pushing herself in great directions. Along with her always powerful drum tone, the rock end-section of the song makes the extended run of the track all the more exciting and turn into a sort of sonic voyage of its own.

Digital hooks and beautiful whistling melodies set “Breathe In, Breathe Out” out on a hypnotic barrage of riffs that will pull you in immediately. Melody’s own masterful use of harmonies and her patient delivery make even her most straight-forward writing powerful. Despite being one of the shorter tracks on the record, Melody gives it all a real sense of longevity through her rapid changes in direction and an ability to keep the writing quite to the point. Even after weird spacey breaks where vocals shoot in tons of weird direction on weird edits, Prochet drops it all back down on heavy riffs to make you want to jump around excitedly.

Prochet hits her most exotic notes of the album on “Desert Horse” where weird auto-tune tricks (reminiscent of Kanye West) make for some truly explosive tones on the track. The deep grooves anchor the song while its riffs create a secondary energy of their own in the song’s magical atmosphere. As Prochet pushes even more hip hop into the album while being intensely Lynchian and experimental, the loud shrieking guitars make for a nice counterbalance. Though there is room for some nice dynamic switches given her loud shouting moments, Prochet brings it into her own lullaby energy before amping up the beats even more in the song’s later half. Overall it’s the relentless and adaptive string work, along with the intoxicating grooves that hold the song together no matter where Prochet takes the song.

As she seems to switch into a Scandinavian tongue on “Var Har Du Vat,” Prochet manages to make the cliché acoustic/demo song seem strange and sonically worthwhile. The little touches of vocal production, uneven harmonies and subtle percussion make for a nice little break in the record that actually holds your attention instead of feeling like the filler that many tracks like it often do.

“Quand Les Larmes D’un Ange Font Danser La Neige” lets every little hook go from the beginning, which makes the song’s early drop a satisfying release of energy. After this the bass and drums go positively crazy for an instrumental standout of the record within its first minute. As the guitars and strings play around each other, the big stops keep the song feeling dynamic as it builds to a fiery head. Through all the explosive playing, the guitar interlude and even a narrated break never stop it from feeling new and refreshing, while still being something that keeps you listening from start to finish.

As the grooves control the track on “Vision Of Someone Special,” Prochet lets her dynamics lead the way, as she often stops to highlight different parts of the instrumentation. Another track to veer off in many crazy directions, it pulls everything back into its fantastical finale where the strings become even larger than before. “Shirim” closes the record out on a banger with dense beats that make you want to dance more than anything on the record. Mixing in a little of the vintage guitar grooves of Daft Punk and Mark Ronson, the track alternates Prochet’s signature sounds around psych rock, hip hop and funk. Strangely despite this constant rotation of genres, its oddly one of the tightest and most infectious listens on the album.