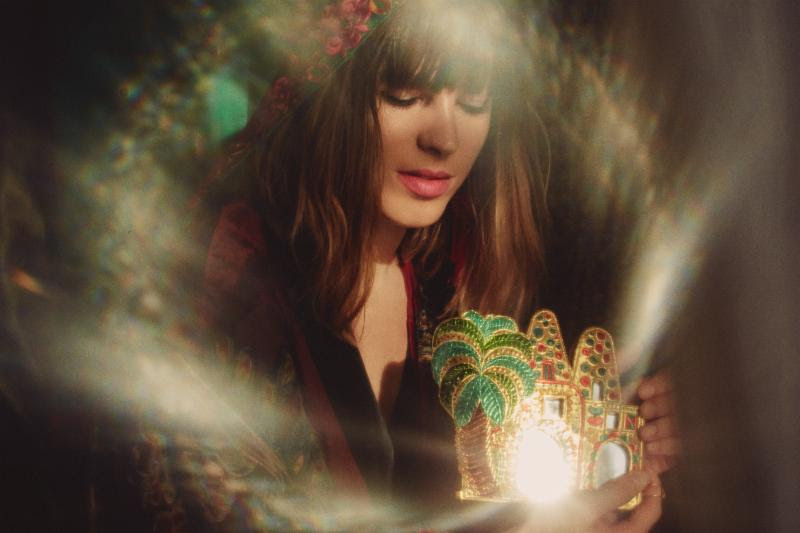 Having previously shared “Breathe In, Breathe Out”, Prochet has unveiled perhaps the wildest track from the album, “Desert Horse”. The song is described as a “A lysergic sound event that’s sparse one moment and frantic the next, juxtaposing backward looping and vocoders with acoustic instrumentation and arabesque ululations,”

“This track was a monster,” remarks Melody. “It’s the most sculptural and mad I guess. It embodies my difficult life journey these last few years through my own personal desert of heartaches, thirst, mirages, moving sands, disillusionment and of becoming an adult woman in a mad world. It’s a little punk to me somehow.”

Bon Voyage marries Melody’s breathless soprano to the wildest sonic excursions as she delivers her fables of spiritual search and emotional healing in multiple tongues (French, English and Swedish). The album arrives more than five years after Melody’s Echo Chamber’s debut, and it is the soundtrack to a trip back from the brink, the sound of spiritual renewal, and a pilgrimage to the sonic outer limits.