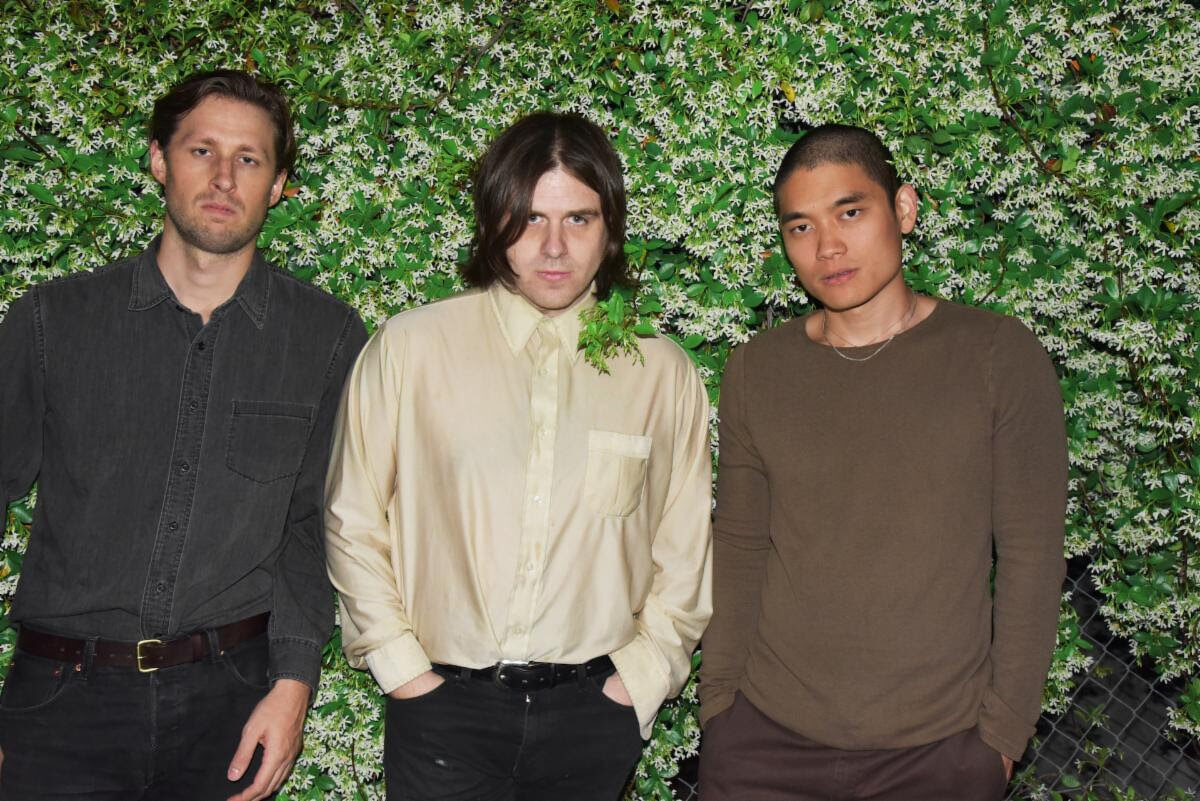 Meatbodies’ Chad Ubovich has been very busy over the past few years, playing guitar in Mikal Cronin’s backing band, supplying the Sabbath-sized low end for Ty Segall and Charlie Moothart, and as the bassist for Fuzz, and, of course, fronting his own Meatbodies. Today, Meatbodies have announced their return with 333, the album is described as a corrosive stew of guitar scuzz, raw acoustic rave-ups, and primitive electronics that charts Ubovich’s journey from drug-induced darkness to clear-eyed sobriety.

333 simultaneously reflects on how the world he re-entered was still pretty messed up—if not more so. “These lyrics are dark, but I think these are things that a lot of people are feeling and going through” he says. “Here in America, we’re watching the fall of U.S. capitalism, and 333 is a cartoonish representation of that decline.”

The band has shared 333’s opening track and lead single, “Reach for the Sunn” which is available today along with an accompanying video directed by Josh Erkman. On “Reach For The Sunn” Ubovich realizes that he’s not so much singing about his own path, but something much greater than himself as its distorted slow-motion creep leads to a chorus both celebratory and dispiriting: “Reach for the stars/reach for the sun/reach for the trigger/reach for the gun.”

Because the downside to maintaining such a prolific work rate is that the threat of burnout becomes a looming occupational hazard, and after touring behind Meatbodies’ second album, 2017’s Alice, Ubovich finally hit his breaking point.

“I’d been touring for eight years straight with all these bands, and just couldn’t do it anymore,” he says. “There was also a feeling in the air that everything was changing, politically. Things just didn’t feel right, and I went down a dark path.”

Fortunately, Ubovich was able to pull himself back from the brink and, upon getting sober, began writing and recording at a furious pace. By mid to late 2019, Meatbodies—Ubovich and drummer Dylan Fujioka—had a new album in the can, ready to be mixed. But when COVID hit, the band, like so many other artists, put their release on hold as they rode out the pandemic’s first wave. During that idle time, Ubovich discovered a cache of demos that he and Fujioka had recorded in a bedroom back in the summer of 2018, and he really liked what he heard. In contrast to Meatbodies’ typical full-band attack, it was deliriously disordered. “It sounded gross, like a scary ‘Magical Mystery Tour’,” he recalls proudly. After subjecting them to some mixing-board freakery, Ubovich fast-tracked the songs into becoming Meatbodies’ third release, 333.