“Means To An End” Maxband 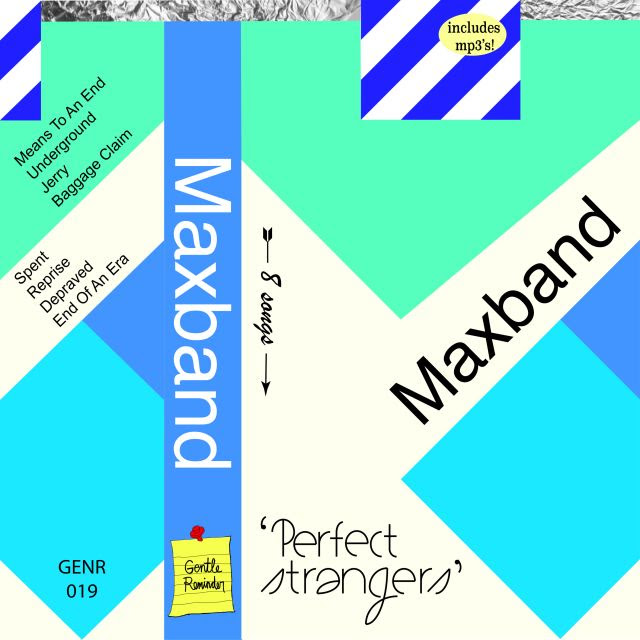 Like a game of telephone, Max asked Tim to jam, Tim asked high school buddy Patrick to play bass, and Patrick asked former bandmate Eric to drum. They recorded some songs at their practice space using a combination of 4-track tape machine and a handheld Tascam. While recording, they learned that their practice space would close in a matter of weeks, which pushed the group to rapidly churn out the songs that became the Perfect Strangers tape.

All four members contribute musically to these songs. Patrick adds his production and mixing talents, in addition to sonorous bass lines. Tim lends his frantic yet masterful guitar chops. Eric’s drumming propels the songs like a well-oiled subway train at rush hour. On rhythm guitar, Max hammers out his driving, percussive chords. Some of the songs are about many things; others are about nothing at all. The lyrics are a mixture of stream-of-consciousness writings based on life experiences, as well as poignant reflections on these trying times. You don’t need to know where they were born, or where they grew up, because they’re a New York band. All you need to know is that they are Maxband.