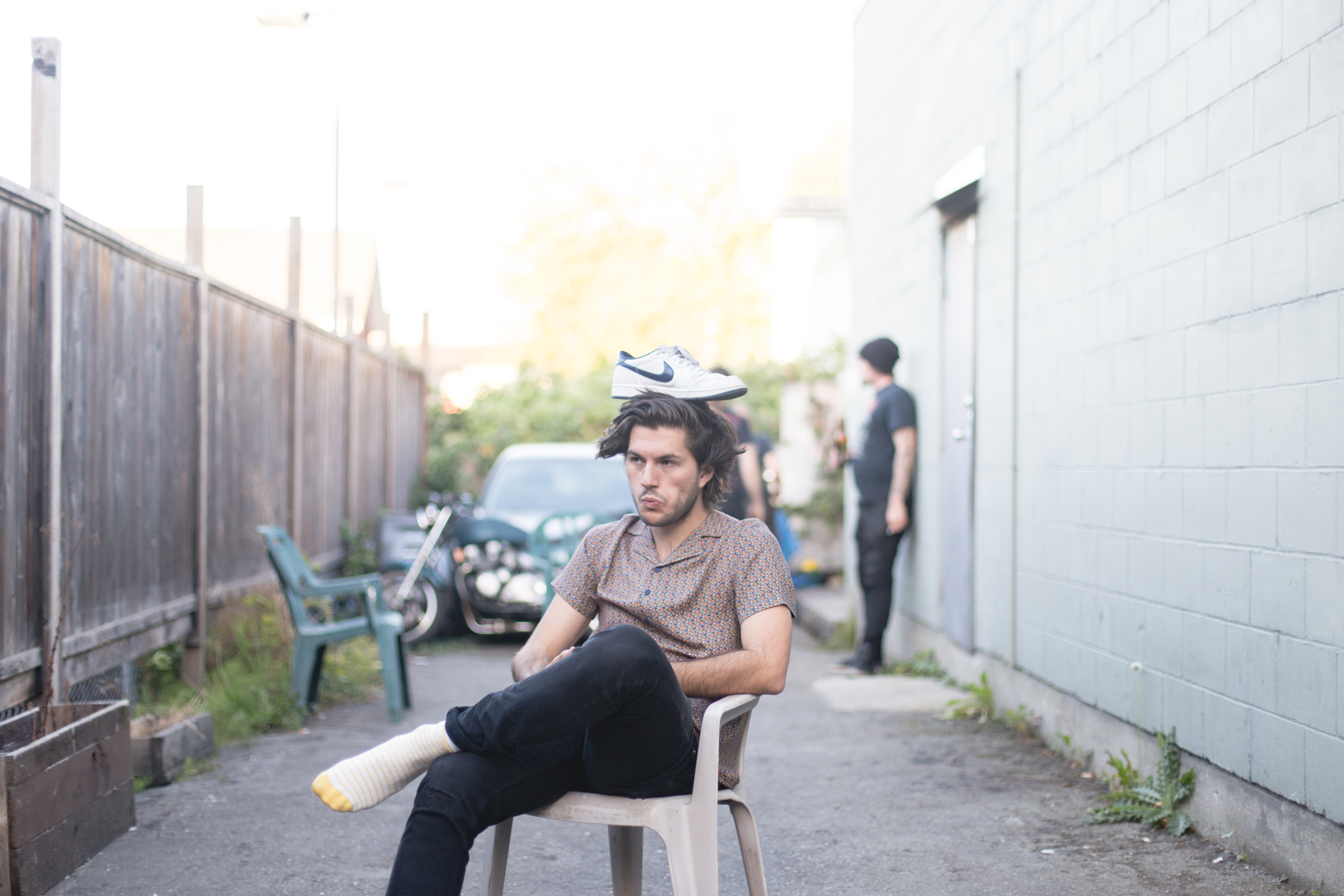 Matt and Sam’s Brother is a new project, but for songwriter Charlie Kerr, it represents a decade of creativity. Kerr is known for kicking up a racket as the frontman of of JPNSGRLS, along the way, he gradually accrued a catalogue of solo songs that didn’t fit within the constraints of scrappy, distortion-laced rock and roll. Some of these songs date back to when he was just 16, with others having been written slightly more recently, and for years they existed only as private acoustic demos.

“I’ve grown up from the person who wrote those words, but I can still 100% connect to them,” Kerr explains. “I showed the songs to a friend of mine and she said, ‘This is like reading your diary.’ It’s a personal set of songs.” The unflinchingly autobiographical tone of Matt and Sam’s Brother’s music is mirrored by the familial band name, which undercuts the egotism inherent in a solo project.

Liberated from the guitar-and-drums setup of a traditional rock band, the recording sessions were an anything-goes journey of sonic experimentation. While some moments nod to Kerr’s background in swaggering, gritty rock, other moments venture into barn-burning alt-country and string-laden piano balladry. This is full-bodied, guitar-driven rock music that’s unconfined by traditional notions of genre, and is equally suited to a raucous party or solitary headphone listening.

The vocals are front-and-centre, with the album’s eclectic sonic exploration tied together by Kerr’s introspective storytelling and impassioned, pop-friendly vocal hooks. Unlike the gleeful scuzziness of his past work, Kerr entered this project with a new philosophy: “What if I just made beautiful music?”

Lead single “Spacesuit” highlights the project’s juxtaposition of raw-nerve lyricism and lush arrangements: its towering falsetto hooks are accented by string flourishes and plinking glockenspiel, while Kerr spills his guts about depression and morbidity. “It’s trying to articulate something that’s kind of unexplainable,” the singer says, “which is the combination of self-loathing and delusions of grandeur that plagues artists and human beings in general. My mind can really turn on a dime. The song explores the human brain — or mine, at least.”

With a debut album already complete, Kerr has already begun working on new music. It may have taken him a decade to finally capture these songs on tape, but he’s already excited about the future prospects for Matt and Sam’s Brother.

Quote from Charlie Kerr on the video:

The video was inspired by the overwhelming saturation of visual media we in the west endlessly consume. We wanted to give the sense that images were fighting over the viewer’s attention. We decided an interesting way to achieve this was to set an entire video to the end credits of a film that never existed. – When I was recording “Swiss Army Knife” I would joke that it sounded so triumphant and grand that it could be something that would play over a gag reel or a credits sequence so it seemed like a perfect fit. Then We decided to make the fake movie really over-dramatic and also kind of make the video feel like a commercial for a late night performance video, all the while singing this song that is quite personal and heartfelt. And hopefully somewhere Andy Kaufman is rolling his eyes at all of it.