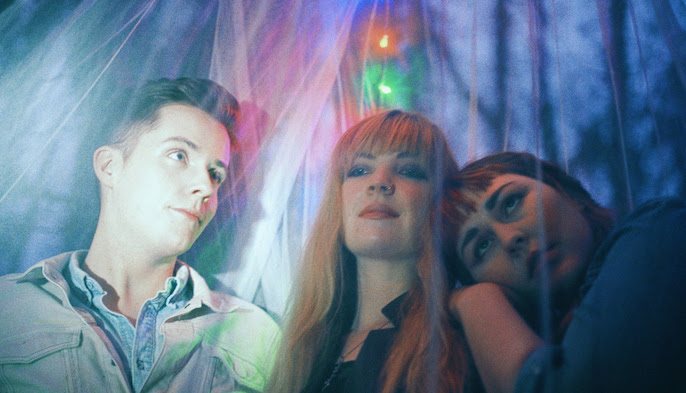 Beauty Sleep’s new single “Living Right” is off bands debut, recorded in the winter, and suitably named The Dark. As the days are significantly longer right now, new single and sophomore effort “Living Right” drives away from the melancholy tones and melodies of the bands debut effort whilst keeping the dreamy, chorus infused guitars and hazy vocals that are becoming a trademark for this Northern Irish export.

Ryan McGroarty, Cheylene Murphy and Aimee Williamson’s obsession with fuzzy synths and dream inspired pop music. The Dark was described as “a mix of Phoenix and Beach House and occupies the dreamy end of the guitar-pop spectrum.”(The Irish Times).